Addressing a packed audience at UNSW, author and journalist Benjamin Law has urged staff and students to vote yes for marriage equality. 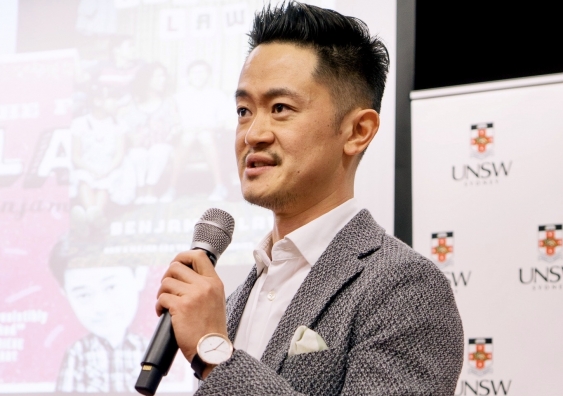 Author and journalist Benjamin Law addresses the audience at the Wear It Purple Day event on 25 August 2017. Photo: Roisin McGee

Addressing a packed audience at UNSW, author and journalist Benjamin Law has urged staff and students to vote yes for marriage equality.

In front of more than 70 students and staff in the University’s Wallace Wurth Building, Mr Law described the postal vote as a feat of political gymnastics but encouraged people to vote for the future.

More than 70 students and staff attended the event – organised for Wear It Purple Day 2017 – where they heard from Benjamin Law, along with researcher and paediatrician Professor Rachel Skinner, and UNSW student, Axel-Nathaniel Rose.

Wear It Purple (the organisation) was founded in 2010 in the wake of young suicides resulting from bullying and harassment about sexuality and gender identity. The Day aims to bring people together to foster supportive, safe and accepting environments for “rainbow” young people.

Rachel Skinner, Professor of Paediatrics & Child Health at Sydney Medical School and adolescent physician at the Children’s Hospital Westmead, said LGBTIQ students experience bullying and violence in school environments, particularly in the younger years. They were at risk of dropping out of education, faced homelessness and drug and alcohol problems, and school sex education had little relevance to them.

Professor Skinner said she was ashamed to say that the question of gender identity had never been asked in a representative population-based survey in Australia to date, which meant there was no real measure of, for example, the number of transgender people or intersex. A New Zealand adolescent health survey found 1.2 per cent of young people in schools identified as transgender and 2.5 per cent were unsure. 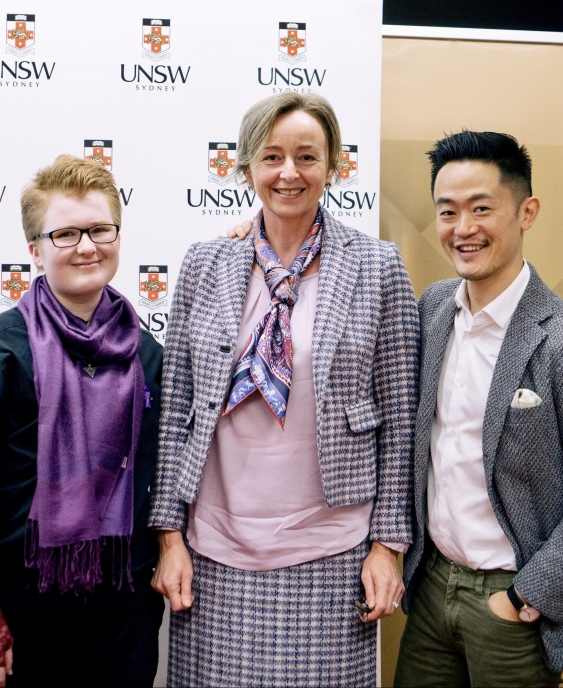 Eighteen-year-old UNSW student Axel-Nathaniel Rose, a transgender bisexual man, said acknowledging kids as LGBTIQ and allowing them to feel safe expressing love for people of the same gender and expressing their gender without limitation was fundamental to removing the social stigma.

He said there had been a big generational shift, and the barriers for the “elders” of the LGBTIQ community had been far greater. Now it was time to support the young.

“In times of social media, and where politicians make our worth as human beings a matter for debate, children need representation. Children might need a simple acknowledgement that they might not be straight. Just give young people room to breathe; question people if they say something homophobic. These things will change the world a lot quicker than you think.”

Mr Rose is a recipient of a Pinnacle Foundation scholarship, a program which supports young LGBTIQ people from disadvantaged circumstances attend school or university.