Shooting is underway of the Australia India Film Fund’s first feature, produced and directed by a UNSW alumnus and starring cricketer Brett Lee as a UNSW English teacher. 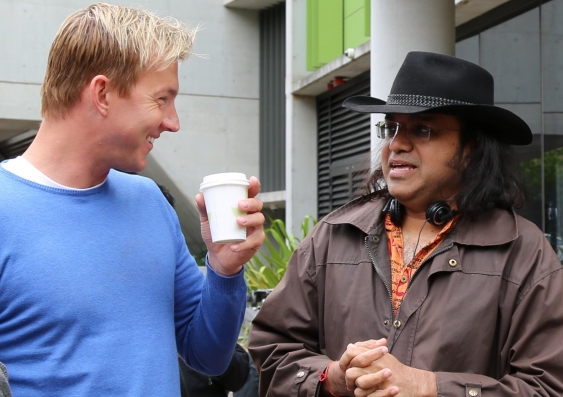 Sharma, who graduated from UNSW with a Masters in Film and Theatre, said he was “humbled to be working with a dream cast and crew who are the best from India and Australia”.

A filmmaker and Australia’s leading international expert on Indian cinema, Sharma was named as one of the 50 most influential film professionals in the Australian film industry and now heads Sydney film and casting company Temple. The award-winning production company has pioneered Australia India film links with more than 200 projects related to films in the last decade.

This isn’t the first time UNSW has been a location for an Indian production. Sharma also directed Bollywood film From Sydney… With Love, which was partially filmed at UNSW in 2011.

“The University is excited to support and feature in Unindian produced and directed by one of our talented alumni, Anupam Sharma,” said UNSW’s Vice-President of Advancement Jennie Lang.

The Australia India Film Fund, the first of its kind in the world, was established in Sydney in 2013 to invest in Australian films with Indian themes for a global audience.

Unindian is supported by Destination NSW and UNSW.