Opinion Budget brief: how does science and research funding fare?

We need to support our world-class researchers and research infrastructure to create knowledge and innovation, rather than putting future wealth and well-being at risk by plundering science for short-term savings, writes Les Field. 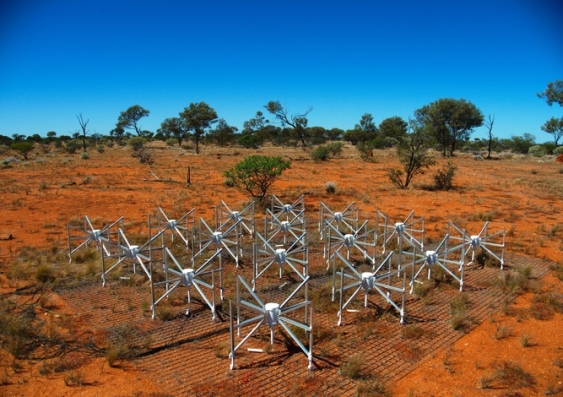 Facilities funded under NCRIS, such as the Murchison Widefield Array, will continue to be supported under this budget. Natasha Hurley-Walker/Wikimedia, CC BY

OPINION: The National Collaborative Research Infrastructure Strategy (NCRIS) has won an extra year of funding, worth $150 million, giving greater certainty to researchers working at 27 research facilities across the country.

There’s also $13 million for the Australian Synchrotron – the biggest piece of research infrastructure and our flagship infrastructure internationally.

But this has come at the expense of block funding grants, which support the scientists who conduct their research in NCRIS facilities. Funding research infrastructure by cutting $262.5 million in support for the researchers who use it is nonsensical.

And there’s been no word in the budget for the Future Fellowships program for mid-career researchers, which appears to remain tied to savings measures contained in the Higher Education Reform Bill.

NCRIS hit the headlines earlier this year over fears that as many as 1,700 highly skilled jobs would be lost in a political battle over funding. But in March, Education Minister Christopher Pyne committed to an additional 12 months of funding for the $150 million program, taking the total amount outlined in this budget to $300 million.

Last week, The Australian reported that the one-year lifeline would be extended to two. The longer-term funding for NCRIS will be announced after a Research Infrastructure Review led by businessman Philip Clark and Chief Scientist Ian Chubb, due out soon.

Back in March, Nobel Laureate and astronomer Brian Schmidt said that while he was grateful for the NCRIS funding reprieve, scientists “certainly need a longer-term cycle” to avoid uncertainty over crucial research.

The government had been threatening to withhold NCRIS funding unless the Senate passed its university deregulation legislation – a negotiating tactic that ended up backfiring.

Having offered a reprieve for NCRIS, the government’s science budget appears to be treading water. There are forecast increases, but these are outweighed by the forecast cuts.

Also mentioned in the budget is that Australia’s facilities are running out of room to store radioactive waste. The federal government will spend $22 million over the next three years to bring together existing waste sites and boost storage at Lucas Heights in Sydney.

ANSTO’s current waste-storage facilities are expected to reach full capacity by 2017. Meanwhile we’re due to take back our intermediate-level radioactive waste. The measure will ensure ANSTO can continue to store additional radioactive waste beyond 2017, pending the establishment of the National Radioactive Waste Management Facility.

Meanwhile the Cooperative Research Centres (CRCs) – so very important to the government’s stated aim of encouraging links between science and industry, and of translating research and development into jobs – have had their funding cut by $29.8 million. What will replace them?

Two more positives: the budget has allocated an additional $9.4 million for Antarctic research and $15.3 million for research into tropical diseases.

The story for science doesn’t end on budget night. The government has committed to working with the Australian Chief Scientist to develop a science strategy and will be consulting broadly with the sector over the coming months. This will be a big deal for Australian science and research and it will be important for every researcher and science organisation with an interest in Australia’s scientific future to provide considered input into the consultation.

As the mining boom slows, this should be a time of growth in science funding. We should be preparing Australia to build a knowledge economy so that we can not just survive but thrive in an increasingly competitive world.

We should be supporting our world-class research infrastructure, and our world-class researchers, to create new knowledge and innovation. And we should be supporting scientists and industry to forge strong links to translate this innovation into economic growth and security; not putting our future wealth and well-being at risk by plundering science for short-term savings.