If Joe Biden wins the US presidency, he will have succeeded where other vice-presidents have failed. 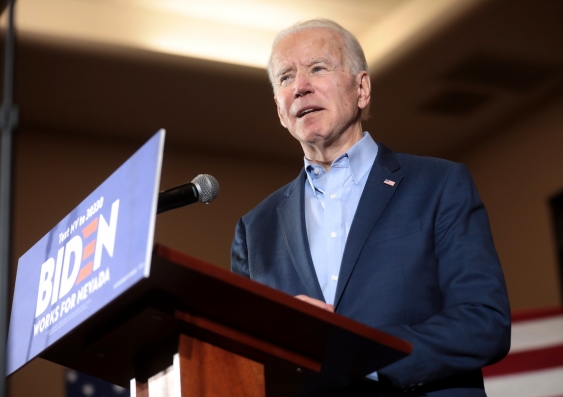 Two past elections point to the possible outcome of the 2020 US election. In 1896, Republican William McKinley defeated his Democratic opponent William Jennings Bryan with a front porch campaign.

Devoid of charisma and mourning the loss of two children, he let voters come to him. Rather than barnstorm the nation like Bryan, McKinley campaigned from his front porch. The media projected his interaction with voters on his front lawn across the nation. Economic depression and unemployment were two big issues.

In 2020, Joseph Biden has run a 21st-century basement campaign, with his downstairs basement repurposed as a television studio. This is how he reached America during the COVID-19 pandemic. Donald Trump derided this, yet it may have suited Biden in the long run. Can he, like McKinley, win from home?

Should he triumph, Biden stands to become the first former vice-president from the Democratic Party to win the presidency since Lyndon Bains Johnson. If victorious, he will succeed where Hubert Humphry, Walter Mondale, and Al Gore failed. His achievement might even be greater.

Johnson and Harry S. Truman ascended the presidency after the death of a serving president. They were already in the oval office when they ran for president. Biden has not had that advantage of incumbency, so he could be the first Democratic vice-president since Martin Van Buren in 1836 to win the presidency without having been president beforehand. It would be an incredible personal achievement, one that will go down in party lore.

Kamala Harris stands to gain an even more profound first: as the nation’s first female vice-president, she could be the first woman elected to the US executive. Previous aspirants include Democrat Geraldine Ferraro, in 1984, and Sarah Palin, Republican candidate in 2008. Hillary Clinton and Shirley Chisolm aimed for the oval office, with Clinton winning her party’s nomination but not the election. Harris would also be the first African American and South Asian American woman to be vice-president.

The other election that resonates today is the 2000 election, Bush v Gore. The month-long counting of votes in Florida halted only after the Supreme Court ordered it be stopped. Florida went to Bush. Gore accepted the result. This year, Trump has refused to commit to accepting the result, claiming that the election is rigged, particularly when it comes to mail-in ballots. This election could be contested.

Trump has sought to discredit this election by suppressing the vote, with the aim of making margins thinner and more contestable. Yet discouraging people from voting early could backfire as his own supporters may heed his call and not vote. In this manner, he might have sabotaged his own get out the vote effort. As Charlie Cook said on the ABC’s 7.30 program this week, Republican strategists are nervous about this tactic.

By the end of today, we may know who has won. Yet, there could be misleading signs along the way.

Biden and Trump need 270 electoral college votes to win. Cook reports that Biden needs to hold the 232 that Clinton won in 2016 and then ideally win Michigan, Pennsylvania, and Wisconsin, which Clinton only just lost. That would give him 278. Cook is predicting a comfortable Biden victory. We shall see.

Winning is one thing, governing is another. Whoever wins must govern for the nation. Biden has campaigned by claiming that he can reach across the aisle and negotiate with Republicans. Top of the agenda is COVID-19. The next president needs to lead a united effort to confront the virus. By the time of the next inauguration in January, it will likely claim tens of thousands of more lives. The coronavirus pandemic is now the fifth-most lethal event in US history, after the Civil War, the 1920 influenza, World War II, and the war on Native Americans.

The next mission will be to reunite the United States of America. The divisions are deep on a range of issues from gun control, health care, abortion, Supreme Court nominations, Black Lives Matter, police brutality and even how to interpret the nation’s history (witness the debate about Confederate statues). Trump claims that the economy is recovering, but it took a massive hit from the COVID recession that saw the loss, albeit much temporary, of 40 million jobs. The recovery, if indeed there is one, is uneven at best.

By the end of today, we may know who has won. Yet, there could be misleading signs along the way. First, there could be a blue mirage, the scenario whereby the Democrats hold an early lead, due to uploading of mail-in ballots first, which is then whittled away during the night. The red mirage is the opposite effect.

It is possible that Trump will proclaim victory even as he loses. This is his tendency. Will his supporters accept defeat, should it come? If he refuses to accept the result, will he have to be ejected from the White House? If so, will his supporters stick by him, even defend him, as many fear, with firearms?

Or will, in the end, his presidency finish as an orange mirage?

Dr Daniel Fleming lectures The Making of Trump's America at UNSW Sydney and is a Postdoctoral Research Fellow at Macquarie University. He is the author of a forthcoming book 'Living the Dream: A History of the Martin Luther King Jr. Federal Holiday'.

This article was originally published by the University of Melbourne.