Opinion Chinese partnerships are vital for universities and global research

Australia's transition from resource to knowledge-based economy is dependent on university research. Failing to engage China in innovation is not an option, writes Brian Boyle 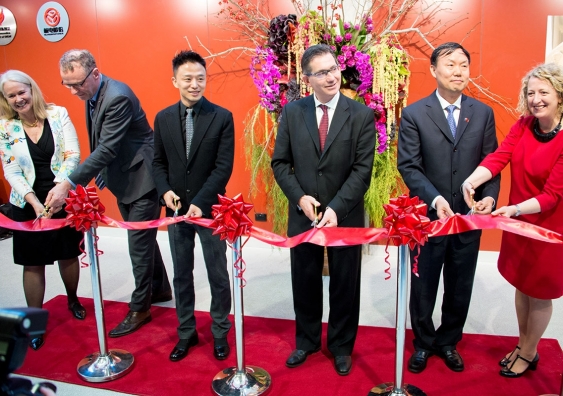 OPINION: Striking the right balance in Australia's political, business and diplomatic relationships with foreign partners should always be the subject of robust community debate. China is no exception. Because of the size, complexity and breathtaking speed of the Chinese economy, Australia's interactions with Beijing are coming under particular scrutiny. We will always need to take care to chart the right course between caution and enthusiastic partnership.

But in the past few months, some elements of the community debate have verged on the hysterical – with a raft of insinuations targeted at the tertiary sector.

There have been plenty of shadowy inferences, but little evidence, to suggest that Australian universities are doing anything other than being leaders in the quest to find the jobs of tomorrow. Of being at the forefront of a necessary partnership with China, on the cusp of being the world's biggest investor in science and technology.

This rising unease has recently taken on a somewhat xenophobic tone – and poses the inevitable question: If we choose to adopt a fortress Australia mentality with the world's second-largest economy, what international partner or opportunity will we spurn next?

As Australia transitions from being a resources-based economy to one that is increasingly reliant on its knowledge, the importance of Australian-based research grows. University research lies at the heart of that transformation, and our universities have a major role to play in ensuring taxpayer-funded research doesn't remain on the academic bench gathering dust.

Universities are recognising that getting their research from the lab or pages of literature, and into our social and economic activity is an international endeavour. This means we need to work with the best in the world to maximise our research efforts and the benefits they offer.

Since the global financial crisis of 2008 China has been the largest contributor to world growth. Failing to engage with China in endeavours of innovation and research is not an option.

Last year, UNSW signed a memorandum of understanding to host the first Torch science and technology precinct outside China. The partnership was, and continues to be, strongly supported by the Australian government. Prime Minister Malcolm Turnbull witnessed the signing.

Since it began in China in 1988, the Torch Program has become the engine room of innovation, urbanisation and economic growth. The numbers are astonishing. It is responsible for more than 13 per cent of China's entire GDP, more than 10 per cent of the country's total industrial value and close to 16 per cent of its foreign exports.

UNSW's relationship with Torch exposes the university to a research and development pool worth an estimated $100 billion and access to several hundred thousand companies. This provides a vital avenue for translating our research into commercially viable products and processes.

Put simply, it is an unprecedented opportunity for Australian research to make a real and significant difference to a global society.

Revenue of more than $85 million from contract research is already in the pipeline; Chinese companies have begun establishing "incubators" on our main campus in Sydney's Kensington, and by 2020 an Innovation Precinct will have been built adjacent to UNSW.

All due diligence done

Based around leading-edge manufacturing, this precinct will provide up to 3000 Australian jobs. It will feature both Chinese and Australian industries, working closely with our researchers, as well as providing a home to UNSW's growing cohort of student start-ups.

UNSW ensures that all our partners, including Torch partners, undergo external due diligence and that all trade controls are rigorously adhered to. This is particularly important when it comes to research that may have potential military applications. UNSW goes to great lengths to work within Australian government regulations to ensure our national security is protected. All of our work satisfies the Commonwealth Defence Trade Controls.

As a world-leading university for innovation and entrepreneurship, UNSW's research excellence relies on collaboration with a range of partnerships – including China. The cost of not engaging is the loss of thousands of jobs, hundreds of millions of dollars in research contracts, and a route to bring our research to the world, with commercial benefits returning indirectly to Australia. This seems a high economic price to pay.

UNSW is proud of its Torch partnership and believes that it will play a vital role in the future of Australian universities being able to deliver research to a global audience. It is entirely appropriate that the nature of our engagement with China, and all foreign partners for that matter, is reviewed constantly and discussed as part of a mature and evolving public debate. But it needs to be kept in proportion. And it needs to be based on facts.