UNSW Sydney Professor Andy Pitman AO, Director of the ARC Centre of Excellence for Climate Extremes, has been awarded the RSV's Medal for Excellence in Scientific Research. 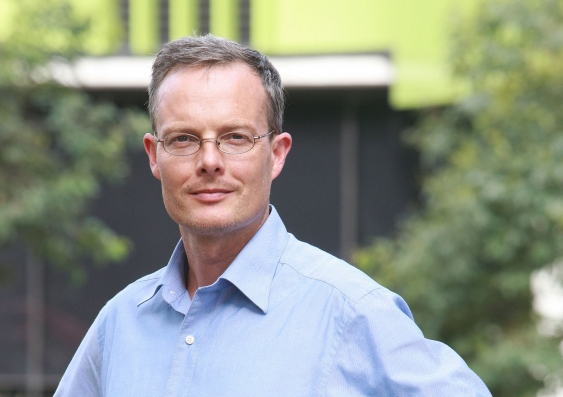 Professor Andy Pitman AO is the recipient of the Royal Society of Victoria’s prestigious Medal for Excellence in Scientific Research.

Now in its 60th year, the Medal recognises the top research achievements and leadership strengths by Australian scientists, particularly those conducting work in or around Victoria.

“I’m delighted to be the recipient of this medal both because it truly is an honour and because it provides another opportunity to visit Victoria to collaborate with some wonderful colleagues,” said Professor Pitman.

In his leadership of the Centre, which is led by and based out of UNSW, Professor Pitman works to understand the behaviour of climate extremes, such as heatwaves, cold snaps, extreme rainfall, cyclones and drought, and how these directly affect Australian natural and economic systems. The Centre brings together five Australian universities and aims to improve capabilities to predict these climate extremes and ultimately reduce Australia’s vulnerability.

Dr William Birch AM, a member of the assessment panel and Editor in Chief of the Society’s scientific journal, the Proceedings of the Royal Society of Victoria, said: “Andy has produced nearly 100 papers of exceptional quality and impact in the ten years up to 2018, and most significantly has led two ARC Centres of Excellence with extensive participation in key international, national and government committees. Andy’s remarkable output is reflected in his numerous awards – he is an outstanding scientist, and a significant science leader.”

David Zerman, the Society’s President, said: “It’s particularly pleasing to see Professor Pitman’s strong record of participation in discussion with mainstream media, government panels and public speaking engagements to share this important knowledge base beyond the scientific community. Professor Pitman is plainly capable of negotiating this volatile space with the rigour of his research at his back.”

Professor Pitman will be presented with the Medal when he gives a public lecture at the Society titled Climate Extremes: Present and Future on 12 December 2019.