While it may seem counterintuitive to argue that collaboration is the key to success in the highly competitive global higher education market, the evidence of its benefits is piling up, writes Jennie Lang. 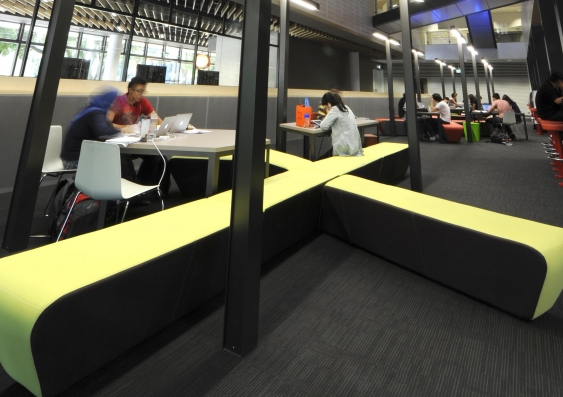 OPINION: It may be counterintuitive to argue that in the highly competitive global higher education market collaboration is the key to future success.

Increasingly, however, the evidence of the benefits of collaboration is piling up. This is not just for universities.

Collaboration is emerging as similarly useful for industries and businesses wanting to innovate to improve their competitiveness, and for governments wanting to add value and to drive innovation, productivity and prosperity.

In its most recent working paper on the Australian economy, the OECD highlights Australia’s “low rates of creative innovation” and warns of “low collaboration among key players that can constrain knowledge exchange”. By contrast, those businesses that do collaborate reap the rewards; the OECD found they “are 70 per cent more likely to achieve products that are new to the world”.

In the university sector, the findings are just as clear. In a key paper published late last year on the “creation of collaborative advantage” through global university alliances, Monash University’s Professor Michael Minstron and Leeds University’s Dr Andrew Gunn found that the 70 members of the three global university networks they studied “have performed significantly better in climbing the academic league table than non-members”.

“Multilateral, global university alliances have a unique and strategically significant ability to join up knowledge networks. Compared with other organisational forms, they are better able to readily amass, generate, and disseminate knowledge relevant both to the management and future development of universities,” the authors concluded.

Businesses and universities do not, of course, operate in isolation, so these are not separate trends.
If we genuinely want to facilitate knowledge exchange and the innovation it ignites, we also need to actively strengthen and reinforce bridges between industry and academe. When Australia’s latest innovation agenda, Powering Ideas, was released in 2009 it identified doubling collaboration between businesses, industries and universities over the next decade as a priority goal.

A new innovation index published last month indicates that Australia still has a lot of work to do to close this gap. The index, produced by Times Higher Education from its world university rankings data, lists Australia at 15th in the world for the amount of research money our universities attract from industry, despite our well established ARC Linkage grants program that aims to facilitate just that.

For universities, the reputational advantages of collaborating with high-profile academic and industry partners seem obvious, while other advantages might seem more difficult to quantify.

However, from UNSW’s point of view collaboration is an unequivocally good news story, despite the considerable investments required to build global links. As such, we are actively pursuing links with industry and with other universities as one of the cornerstones of our strategic approach. To date, we’ve forged 270 partnerships with universities around the world.

One recent new alliance is with GlobalTech, a global alliance of leading technological universities. As the first Australian university to be invited to join, UNSW now has the opportunity to collaborate with science and technology research powerhouses such as California Institute of Technology, Imperial College London, China’s Shanghai Jiao Tong University and Singapore’s Nanyang Technological University to help solve shared, global challenges.

Professor Bertil Andersson, President of NTU, believes the collaborative model is a contemporary recipe for success in the higher education sector. NTU is the fastest rising university in Asia as measured by international rankings, an achievement he attributes to a combination of the highest level of academic practice and a culture of actively collaborating with other universities and industries, both nationally and internationally.

Our recent election to the Association of Pacific Rim Universities (APRU) extends our networks further, joining 44 leading institutions in the Asia-Pacific region.

As global challenges become more complex, we believe the most effective research outcomes can be achieved through collaborative networks built around complementary skills and shared goals. For example, UNSW is currently working with Indian researchers to develop new, local scale solutions to the growing mountains of e-waste that are contaminating dump sites, threatening the health of communities and squandering a wealth of metals embedded in the electronics goods we all so readily throw away.

When we agree to collaborate we do, of course, effectively reduce competition by setting out what we are willing to share to create a collective wealth of knowledge, resources and contacts.

And, as Mintron and Gunn explain, just being a member of a network doesn’t guarantee returns.

To reap the rewards of collaboration we need to identify and seize the opportunities that access to such collective wealth -- and the lessons that others have already learnt -- opens up.

Jennie Lang is Vice-President, Advancement at UNSW and a board member of the Asia Society Australia.