Sixty years after Australia first opened its doors to students from Asia, some of the first intake will be back on campus this week for a gala dinner, with a keynote address by the NSW Premier. 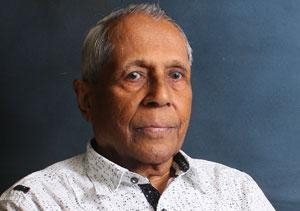 Sixty years after Australia first opened its doors to students from Asia, some of the first international intake will be back on campus this week at the University of New South Wales (UNSW).

UNSW – the first university to welcome scholarship students under the Colombo Plan – is celebrating 60 years of international education with a Gala Dinner on Thursday, 22 November.

The celebration comes as Australia debates the Federal Government’s “Australia in the Asian Century” White Paper that recommends deeper regional ties and improved “Asian literacy” and languages skills among Australians.

NSW Premier Barry O’Farrell will deliver the keynote address on international education to a diplomatic, academic and official audience including Colombo Plan alumni dating back to the first year of the scheme in 1952.

The Colombo Plan was a key regional initiative focused on education and technical capability to help develop the region.

It marked a turning point in Australia’s relationship with Asia, fostering regional ties through a new generation of regional graduates of Australian universities. The scheme educated many of Asia’s best and brightest; supporting some 20,000 students between 1952 and 1985, many of whom went on to play key roles in the development of Asia and to hold senior positions in the public and private sectors.

One of UNSW’s first international students, Mr Rodrigo Tennyson, now 82, arrived from Ceylon (now Sri Lanka) to study Chemical Engineering at a time when Australia had only just begun dismantling its White Australia Policy and the UNSW campus was still a series of makeshift classrooms and dormitories. He will attend the dinner with fellow Colombo Plan alumni from Indonesia, Vietnam and Singapore.

“Our Colombo Plan graduates had the professional skills to help build the emerging nations in Asia,” Lang says.

Today, the spirit of the Colombo Plan lives on in the form of the Federal Government’s AusAid program, which awards scholarships to students from developing countries around the world so they can acquire skills to contribute to development back home.