Two recipients of the SAM Alumni Creative Residency and Grant were honoured for their performance at the recent Sydney Fringe Festival. 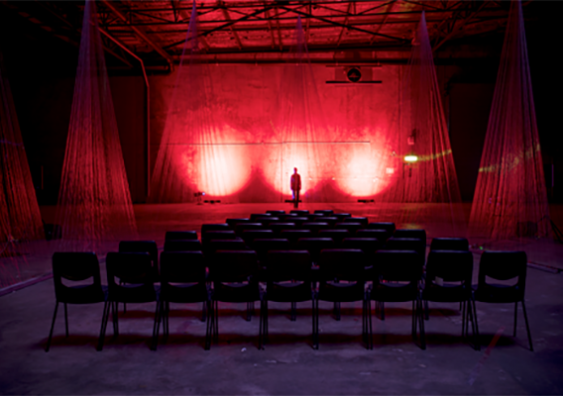 UNSW Bachelor of Music Performance graduates, Elia Bosshard and Sonya Hollowell, have been honoured for their performance of Morton Feldman’s Three Voices at the recent Sydney Fringe Festival. Three Voices was awarded the Critic’s Choice Award and Elia Bosshard was named the inaugural “Spirit of the Fringe” by the festival’s producers.

The performance was prepared as part of the SAM Alumni Creative Residency and Grant - an initiative of the UNSW School of Arts and Media and the Faculty of Arts and Social Sciences. The residency program is designed to support the development of a specific project and is open to Alumni from all disciplines within the School.

Elia and Sonya have been working together since 2013 after they realised they shared a vision for contemporary art and music when they reconnected at a gig.

“We were both very excited at the prospect of curating our own programs which would fuse new and rarely-heard music with design," Sonya said.

"We decided to team up to explore the scope for innovation that we had both identified. It has proven to be a very synergistic and fulfilling partnership."

She said the Creative Residency allowed them to build on their synergies by giving them access to SAM facilities and resources to prepare for the festival.

“The residency provided us with a wonderful studio space (Studio One) for us to develop Three Voices for the Fringe which we used to create design prototypes and experiment with lighting, sonic and spatial arrangements…we also used the space to hold a preview performance of our show for selected industry guests, staff, postgraduate students and donors."

Residency recipients also benefit from the expertise of the staff at the UNSW Creative Practice Lab and the UNSW Arts and Social Sciences Technical Resource Centre and are awarded a grant up to $5,000.

“We benefited from the esteem and backing of UNSW’s School of the Arts and Media in all of our promotion and leveraged the credibility that the residency provided to shine a light on our work… It allowed us to create the type of quality and scale we were aiming for, which consequently also had the impact we were hoping for,” Elia said. 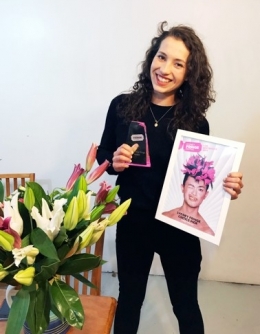 Su Goldfish, Manager and producer in the Creative Practice Lab, believes that the Creative Residency program also reconnects students with the university.

“The residency reminds the artists that once they have left the university they are not forgotten – we still want to connect with them and help them with their careers. They also have contact with current students – they give guest lectures, talks and performances. This helps to guide current students along their own career paths and show them where their studies can lead them.”

Elia and Sonya are now working toward taking Three Voices to new audiences.

“The residency really helped to affirm our partnership and our vision and has encouraged us to continue seeking to make these visions a reality. We were also connected up with relevant industry representatives who have now been exposed to the work we are doing and who have expressed interest in coming alongside us to support the longevity and continued presentation of Three Voices to an even broader audience,” Sonya said.

Applications for the next SAM Alumni Creative Residency and Grant will open in early 2018. Further information can be found on the SAM webpage.