The trend to postgraduate entry for professional programs will increase time spent in costly education, creating obstacles to disadvantaged groups. It's time to put a stop to this "credential" creep, argues Professor Merlin Crossley. 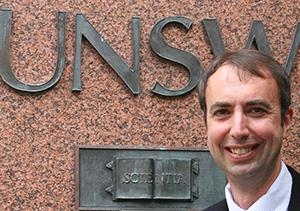 It may be feasible for the more advantaged members of the community to invest in longer training. But it could be problematic for those in lower socioeconomic groups; for those from remote areas who have to pay additional costs in accommodation and manage foregone wages; for many indigenous students; and for women hoping to start a family at a young age.

Why and how is this inflation in credentialism occurring? For a start, many degrees have been getting longer. Medicine was once a five-year undergraduate degree but now requires six years in some institutions. In others it takes seven years: three years of undergraduate study followed by a four-year graduate program.

A bigger concern is the influence of the eight year-long Bologna model followed by European universities. It stipulates three years for a bachelor's, plus two years for a masters and then three years for a doctorate. What is often not said by advocates is that this could easily amount to 11 years, if the masters takes three and the doctorate four or five.

This scenario is not unlikely. The latter two are special research degrees that require significant new discoveries to be made. And the time to achieve this is increasing as the definition of significant expands and international competitiveness in research grows.

The most mystifying recent development is a push to replace Australia's one-year honours with a two-year masters, adding at least an extra year. Melbourne University is following this model, as is Macquarie University.

A two-year masters is also said to be better preparation for a doctorate. (Does that make a three or four-year masters better still?)It is claimed that honours is not understood outside Australia, and our students, including Rhodes scholars seeking admission to a PhD at Oxford University cannot gain entry without a masters. (In the experimental sciences at least, an honours degree from Australia is just fine.)

Finally, it is argued that students with masters complete their doctorates more rapidly because of better preparation. Apparently data from international students backs this view. International students do sometimes complete more swiftly but this has more to do with the limited funds and visa issues that drive hasty write-ups than with discoveries taking less time as a result of preparation via a masters.

A masters degree does not help my students get their transgenic mice to breed more quickly. No one wants to argue against education. One degree is valuable, two or three can be even more advantageous. But who pays?

At present it is possible to extract the money for a research masters out of the Research Training Scheme. The scheme was never designed to support a masters as a preparation for a doctorate but it can be accessed. But if all universities seek funding via this mechanism, the RTS will run dry. Worse, are we pushing students into additional degrees for no clear purpose other than for the sake of university budgets.

The aim to have 40 per cent of Australians with a degree is a first step. The second step is to determine the most efficient way of providing additional education to the subset of students who wish to continue to further studies.

It's time for efficiency and minimum time pathways to be on the agenda to halt credential creep.

Professor Merlin Crossley is dean of science at the University of New South Wales.