Culture clubs: why sporting culture is vital for wellbeing

Being part of a sporting club is not just about the time spent on the field each week. A sense of belonging is just as important for members. 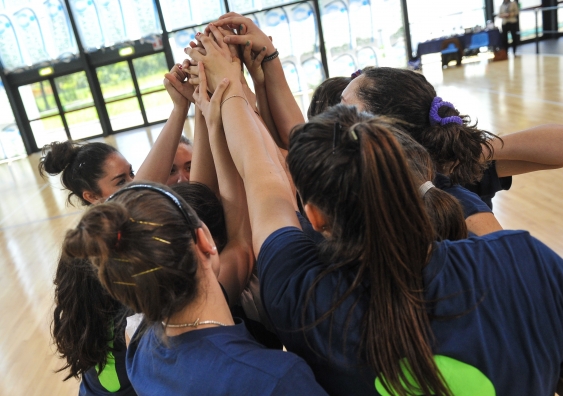 A club with a strong culture that is maintained over time increases retention and promotes wellbeing for its members.

When UNSW-ES Bulldogs president Stephen Dunkley arrived at the club, his initial impression was that it lacked the culture required to become successful. When he assumed the role of president in 2017, it was the first issue he addressed.

By selecting a head coach who could work with him to drive the club culture from the top down, he was able to shape the direction of the Bulldogs and promote success on and off the field. A clear club vision, better alignment with the University and an understanding of the club’s value proposition all contributed to the club’s success in 2018, with seven of eight teams making finals and four going on to win premierships.

Culture is something often discussed within sporting teams and clubs – the word tossed around as an unquantifiable ‘X-factor’, something elusive that teams must catch and pin down. From the Sydney Swans’ famous ‘Bloods’ leadership culture to the Australian Diamonds’ advocacy of personal accountability for each team member, there are many different interpretations of what culture means and how it is integrated into a sporting program.

Dr Lisa Williams, a Senior Lecturer at UNSW’s School of Psychology, has been conducting research into social wellbeing and how this kind of culture within groups, like sporting clubs, creates a sense of belonging.

Her research looks at positive emotions that arise in the context of social relationships and interactions, such as pride, gratitude, and compassion. It considers outcomes that include individuals’ sense of wellbeing, relational dynamics between individuals, and the development and maintenance of group identities.

'What draws people to get into individual sports activities within the social group is that they provide a structure and a context in which you can connect with people.'

“A lot of people get that sense of social wellbeing from the groups that they belong to. For people who play sport, that team-based membership is a huge motivator and a huge part of that social component of wellbeing.”

She highlights the importance of that sense of belonging in the way clubs are formed with distinct identities for people participating in individual sports.

“I think what draws people to get into individual sports activities within the social group is that they provide a structure and a context in which you can connect with people around an identity of belonging to a club,” she says.

“You don't need to join a running club to run but a lot of people do because they'd be obviously getting a big sense of personal belonging out of that.”

Dr Williams explains that culture within a sporting group is important to that sense of social wellbeing because it allows participants to understand how they fit within it.

“What really helps to form the culture is what is known as group norms – these are expectations of how people behave in the group when they're interacting with others,” she says.

A club that has set group norms, which match the values of the participants and are reflected in the behaviour of club members from the top down, will, therefore, stand a better chance of engaging and retaining players, coaches and volunteers, as their sense of belonging increases when they feel aligned with the culture.

As it has with the Bulldogs, this can then lead to success on the field, as a strong, positive culture reflects well on the club and attracts high-performing players and coaches. Such was the case with the appointment of new head coach Dean Towers for the 2019 season.