Opinion With diplomacy all but abandoned, Israel and the Palestinians are teetering on another war

The two sides need the international community to help them end the fighting, but the Biden administration has so far been reluctant to get involved. 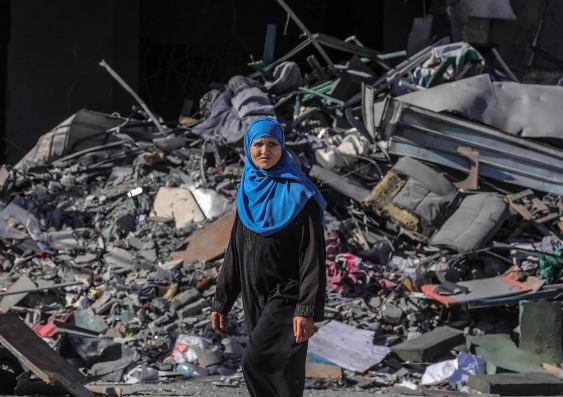 The latest violence between Israeli and Palestinian forces should come as no surprise. The issue of Palestinian statehood has been off the international agenda since US President Barack Obama effectively washed his hands of the issue. The Trump administration then focused on Israel’s relations with other Arab states at the expense of the Palestinians.

However, the tensions underlying the current violence have been building for some time and have the potential to become particularly serious.

In East Jerusalem, Israeli settlers have been trying to seize control of Palestinian homes in Sheikh Jarrah, a historic part of the city. They have resorted to the Israeli Supreme Court, which usually supports the government and settler line in matters relating to the occupied Palestinian territories. The court’s judgement was expected this week, but was deferred.

Palestinians have also been complaining about draconian restrictions imposed on worshippers during Ramadan at the Haram al-Sharif, the area including the Al-Aqsa mosque and the Dome of the Rock (which is known to Jews as the Temple Mount).

Moreover, the end of Ramadan coincided with Jerusalem Day, a celebration of Israel’s capture of East Jerusalem in the 1967 Arab-Israeli war, and with al-Nakba on May 15, the Palestinian day of mourning to mark the Arabs’ loss in the 1948 war.

These factors have given the unrest added ferocity.

Read more: Israel-Palestinian violence: why East Jerusalem has become a flashpoint in a decades-old conflict

Following Israel’s unilateral withdrawal from Gaza in 2005 and the 2006 Palestinian parliamentary elections, which were won by Hamas, violence between Israel and Palestinians in Gaza has been a regular occurrence.

There were major outbreaks in 2008 and 2014 when Israeli forces entered the area, resulting in the deaths of thousands of Palestinians.

There are worrying signs now that another Israeli incursion is being prepared — and another war will follow.

As the fighting has intensified, the chief prosecutor of the International Criminal Court has expressed concern war crimes are being committed. Israel has been accused of resorting to disproportionate force in Gaza, and both sides have been criticised for causing civilian deaths.

A particularly worrying aspect of these clashes is that intense fighting has also broken out between Israeli Palestinians and Jews in a number of Israeli cities and towns.

While Israeli Palestinians (who are citizens of Israel) have always been concerned about the fate of Palestinians in the Occupied Territories, they have tended to be left alone, and inter-communal violence has been largely avoided.

But harmony between the two groups is fragile, and this outbreak could have serious implications. Israel’s president is warning of a civil war. 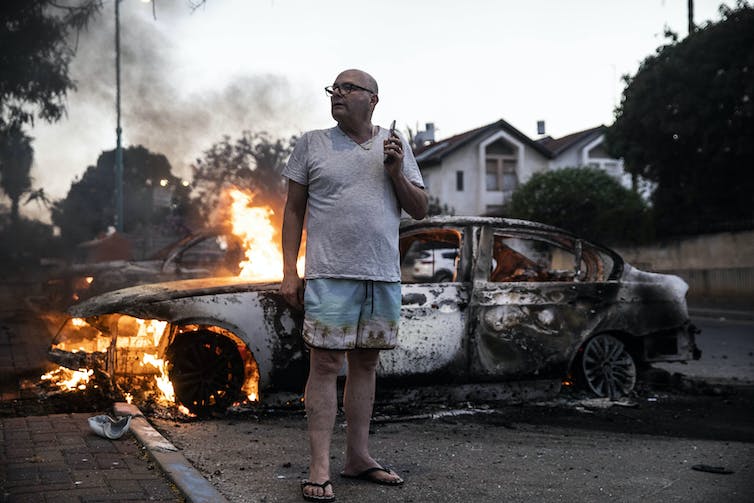 Clashes between Jews and Israeli Arabs have spread across the country this week. Photo: Heidi levine/AP

Why diplomacy has failed

A major problem is there is no means of bringing about a negotiated solution to the decades-long, seemingly intractable Israeli-Palestinian conflict.

Obama attempted to initiate negotiations by appointing former Senator George Mitchell as his special envoy to the Middle East. The administration’s focus was on Israeli settlement activity in the West Bank, but it was unable to make any progress with either the Israelis or the Palestinians.

Trump’s son-in-law, Jared Kushner, developed a plan that effectively bypassed the Palestinians and focused on Israel’s relations with Arab Gulf states. This was rejected by the Palestinians. 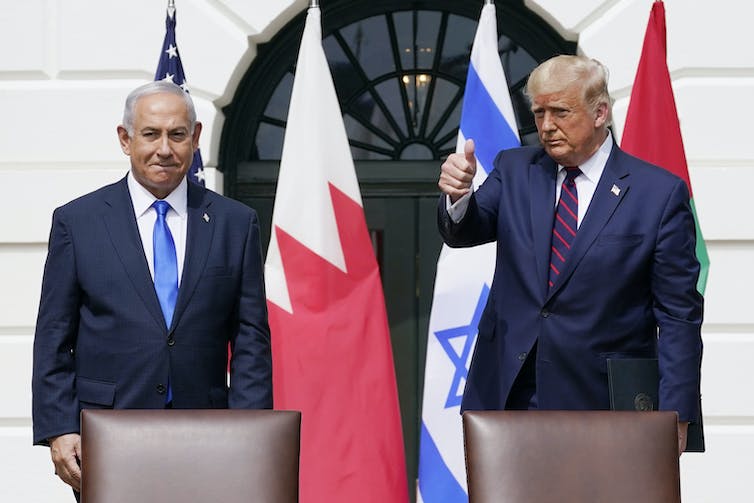 The international community has been equally ineffective in trying to reduce tensions in recent weeks. Russia has called for a reconvening of the Quartet, a body formed under former US President George W. Bush’s administration that brought together the US, Russia, the United Nations and the European Union to promote an Israeli-Palestinian peace plan.

China, meanwhile, has urged the UN Security Council to take action to de-escalate tensions — a move that was blocked by Israel’s ally, the US.

The one party that might have the capacity to bring about a ceasefire and promote negotiations is the US. However, beyond issuing the usual platitudes of concern, President Joe Biden has defended Israel’s response to Palestinian rocket attacks.

Biden is focused largely on domestic issues and does not need the distraction of the Israel-Palestinian conflict, a highly divisive issue in American politics. Moreover, Hamas is listed as a terrorist organisation in the US, making it difficult for Biden to apply greater pressure on Israel.

Netanyahu, meanwhile, has done nothing to moderate tensions in recent weeks and his language on Gaza has become increasingly defiant. The conflict could be politically expedient for the beleaguered leader — it may help him regain the prime ministership after he was unable to form a government following recent elections.

Read more: Israel elections: Netanyahu may hold on to power, but political paralysis will remain

Yair Lapid, the opposition leader who was asked by the president to try to form a government last week, has had to suspend coalition negotiations while the fighting continues. His main hope is frustration with Netanyahu will encourage his negotiating partners to continue their talks to try to oust him from power.

The Palestinian side is no better placed to enter negotiations. President Mahmoud Abbas ceased engagement with Israel as a result of what he described as Israel’s refusal to negotiate and the Trump peace plan, which was widely seen as anti-Palestinian.

Abbas had called for Palestinian legislative elections in late May and presidential elections in July, but both have been postponed indefinitely. Though he hasn’t said it outright, his concern (as well as those of Israel and the US) is his party’s rival, Hamas, would easily win.

Abbas’s decision has infuriated Palestinians and added to the tensions in the East Jerusalem and Gaza over recent weeks. 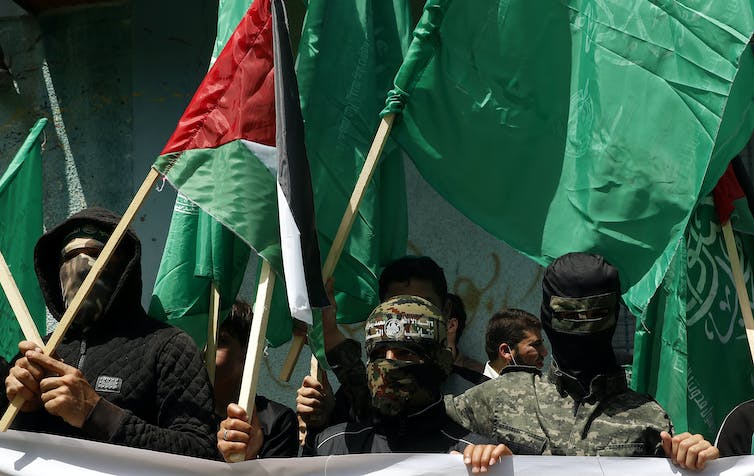 Abbas’s hand is further weakened by the lack of support from other Arab governments, such as the UAE and Egypt. The result is Abbas is an isolated, impotent figure with few friends and waning support among the people he is supposed to represent.

The relationship between Israelis and Palestinians is filled with suspicion and hate built up over decades. Both sides believe their cause is just.

While Israel’s survival is not at issue here, its future could be seriously influenced by the way its leaders handle crises like this. The departure of Netanyahu could be a positive step, but will not be decisive. The two sides need the international community to help them end the fighting and find a way out of the impasse they find themselves in.

This crisis represents an early major challenge for the Biden administration, but one the new US president will likely be reluctant to take on.