Opinion Donations are not a substitute for government funding of schools

Philanthropy can play a key role in assisting schools and students, but it doesn't let governments off the hook, writes UNSW Chancellor David Gonski. 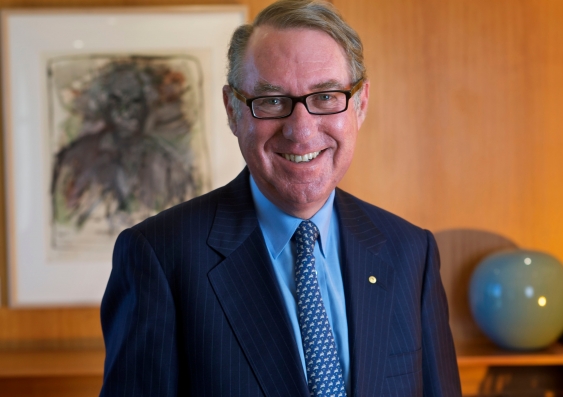 OPINION: In the beautiful surrounds of the State Library of NSW and in the company of a bunch of bright young students, I was fortunate to be involved in a good news story this month.

The occasion was the launch of the Pioneers in Philanthropy, a group of prominent business leaders who have determined to use their own monies to advance the education needs of students in disadvantaged communities.

United in our belief in the value of education, the Pioneers see the advantage that additional funding can create in supporting initiatives in schools where education opportunities may be limited. The significance of the announcement was manifold.

First of all, because we have chosen to make this contribution through Schools Plus, a charitable organisation established as a result of one of the recommendations of the review into school funding I chaired in 2011.

In making the recommendation, the review was acknowledging that philanthropy can play a key role in assisting schools and students. While governments have to fund the whole of Australia (or the whole of a state) and often can't direct funding to specific opportunities without being seen as unfair, the philanthropist can make a targeted donation to a specific group. Every additional pre-school program or laptop, speech therapy intervention or well-being initiative that is funded by philanthropy has the potential to change the lives of students.

The review panel also heard how historically gifts to schools were not encouraged; in the event they were made, they were not tax-deductible unless directed to scholarship, library or building funds. Very rarely do schools in disadvantaged communities have the ability to establish such funds. Only comparatively wealthy schools have experience on staff or in their parent community to identify, nurture and generate philanthropic support.

Schools Plus was established to give disadvantaged schools the help and the tax status they need to access this philanthropic support. Under the leadership of chairman Angus James and chief executive Rosemary Conn, the organisation has already had considerable success.

The Pioneers announcement has further significance in that Schools Plus received unanimous support for its establishment from both sides of politics.

As a result of the enthusiasm of Senator Jacinta Collins, the Labor Party endorsed the establishment of Schools Plus while in government and oversaw the payment of a seed funding grant. When the Coalition took government soon after, it too endorsed the organisation and steered through the legislation that granted Schools Plus the deductible gift recipient status required.

Over five years, the Pioneers will contribute a total of $5.25 million. We expect this to achieve three things:

The Pioneers will sit on a committee that will monitor the funds they have donated to make sure what is expected is achieved. This is the new philanthropic model, where money is not given without expectations of certain key performance indicators being met, and is accompanied by the donation of time and guidance.

I do want to make one point very clearly: the Pioneers believe strongly their donation is not a substitute for government funding, nor a way to let governments off the hook or an attempt to improperly influence the operations of schools.

Each of the donors want nothing more than to see their money being well spent through the expertise and rigour of Schools Plus; to advance the education of students who may not otherwise have such opportunities and, in turn, to advance the prosperity of the nation.

Understanding the significance of the Pioneers launch does make one dream of what could be achieved in so many areas in Australia where both sides of politics come together, a skilled organisation is established and those who have more than they need generously assist to push the bar a bit higher in helping those less advantaged than themselves.