Opinion Don't give up the research funding fight

In the face of an impending crisis in research funding and policy, it is up to universities and researchers to continue to take the case up to government as loudly as possible, writes Vice-Chancellor Fred Hilmer. 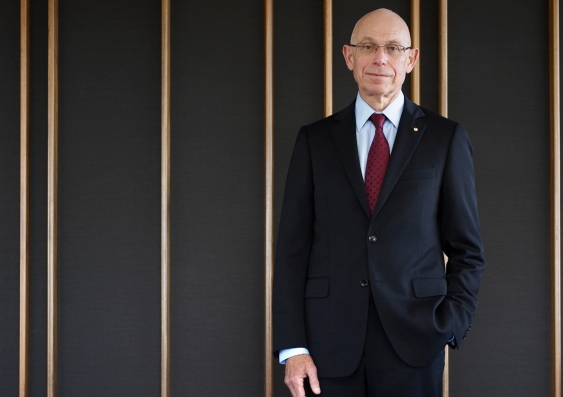 OPINION: The suggestion by National Health and Medical Research Council chief Warwick Anderson that those with medical PhDs consider alternative careers to research made for depressing reading.

Given the continued fall in success rates for NHMRC grants, the suggestion that students decide earlier rather than later whether to pursue a research career, and that their training should be broad enough to allow for other work choices, may well be sage advice.

But following as it does the report of Australian Research Council head Aiden Byrne defending that body's decision to exclude some current fellowship holders from applying for new Future Fellowships in the current round, you have to wonder whether the research community is beginning to give up the fight.

Both organisations are, of course, looking for ways to operate in the face of funding constraints. Perhaps years of under-funding have simply worn many of us down, but to my mind the constant chipping away threatens the viability of our research effort. I wonder whether in trying to live with a system so badly compromised we are losing our way.

The success rate in the last round of NHMRC grants fell to 16.9 per cent, the lowest level since the turn of the century. Anderson ascribes this to both the rising number of applicants and the increasing cost of research.

But at a time of an astonishing rate of growth in global research, do we really think the message we should be promoting is to discourage potential researchers?

Surely we should not for a minute give up on our advocacy for sensible long-term research policy and adequate funding.

Other countries aren't cutting back in the face of the challenges - they are not only investing more in research, but also doing it more strategically. And they are reforming many of their research and research training practices. We should be doing likewise.

The success rate for ARC grants is also falling, so let's look at the financial implications of this trend. In the last NHMRC round, for every successful application, five were unsuccessful.

Apart from the stress on individual researchers who have spent up to two months getting an application together, the financial cost to their institutions is significant.

It costs tens of thousands of dollars per grant application, and based on the average size of a grant it will have cost the institution about $180,000 to win a grant of, say, $240,000. And that's before we factor in all the associated unfunded costs.

Add this up across the board and it's clear this is an inefficient and costly system.

The ARC's decision not to award Future Fellowships to some current fellowship holders is understandable, but in my view incredibly damaging to our research effort. Some of our most outstanding researchers will find themselves, and their projects, left high and dry. Many will have no alternative but to look outside Australia.

And, of course, there is yet no indication from the new government that the Future Fellowship scheme will be renewed after the 2014 round. Nor has it given any indication of the future of the scheme for funding major research infrastructure, currently due to terminate in 2015.

I'd like to think that governments would understand the destructive nature of this stop-start funding for important programs and develop a coherent long-term strategy for research. But I am not hopeful.

I believe we are facing an impending crisis in research policy, funding and the retention of talent. It is the role of universities, researchers and all who care about research to continue to take the case up to government as loudly and directly as possible - not to find or advocate compromises that make it easier for government to continue to squeeze research funding.