China's espionage capability is now so extensive it's hard to imagine its limits - and Western companies and governments are becoming more willing participants, writes Greg Austin. 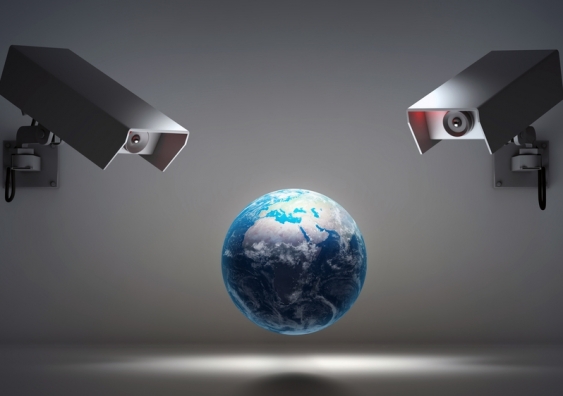 OPINION: Espionage by China is becoming an existential threat to society and to sociability around the world. Several leading corporations in the free world are not averse to helping Chinese spy masters achieve their goals. Some Western government agencies, insensitive to even basic ethical considerations, are all too keen to imitate the best espionage technologies being pioneered by China to enable this global threat.

What explains the convergence between the espionage priorities of the information dictatorship in China and those of certain agencies in Western liberal democracies?

One possible explanation is that cyber espionage is just so very easy and it has become so pervasive that we can no longer assign it a moral character. Maybe we have become morally numbed by the sheer volume and character of these intrusions. It is worse in China than in any other country in the world.

There are many players in this domain in China. Two are more important than all others: the government of China and the government of the United States. Their espionage activities make China (the country) and its citizens the most surveilled in the world. Of the two main perpetrators, China itself is by far the most active in spying on its own citizens: its scientists, its business leaders, its military personnel, its police, its judges, and its entire political class.

China has created the largest domestic espionage machine ever seen in human history, and this is being enabled by its advances in real-time facial recognition technology, in real-time tracking of vehicles and smart phones, and in surveillance applications of artificial intelligence.  This espionage machine is oriented (or at least it was) toward “internal security”: that is, the protection of the dictatorship of the Communist Party, but it has an increasingly external reach.

But now, wherever you are on the planet, if you are of interest to the Chinese spy agencies for domestic or external reasons and you are “connected”, the Chinese surveillance state is aiming to be able to reach you and watch you. This is the most important set of findings in my recent book,  Cybersecurity in China: The Next Wave, and an earlier volume, Cyber Policy in China.  For China, cyber monitoring of people of interest is a far higher priority than stealing Western technology secrets by any form of espionage.

While treachery of this latter kind is hardly new, the detail of China’s exploitation of new espionage technologies and its ability to garner international industrial partners in research into artificial intelligence, such as Google, is worth a closer look.

Espionage may have been defined once primarily as an external activity of a state but now that meaning has long since been overwhelmed by other forms of espionage, including industrial espionage perpetrated by corporations and individuals, as well as by states. Espionage was also once understood as a highly targeted, specialised activity reserved for the highest purposes of state, such as anticipating specific national security threats. By 2018, the collective potential of cyber espionage is so vast that it is not longer possible to imagine all of the boundaries of the purposes to which the collected data can be put.

The withering away of limits in the physical character of espionage has been matched by a withering away of its rational and ethical characteristics as well. This is rather well captured in the headline of a story in Technology Review in 2017: “Israeli spies spied Russian spies spying on American spy plans via Kaspersky software”. While this may seem to imply a traditional “us-against-them” vision of espionage between two adversary blocs, that too falls away when we know, from US government reports, that Israeli spies spy on American spies and at least one senior employee of Kaspersky Lab is reported to have revealed information to the Americans on Russian political interference in the US presidential election of 2016. 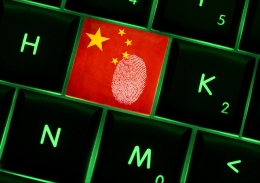 While treachery of this latter kind is hardly new, the detail of China’s exploitation of new espionage technologies and its ability to garner international industrial partners in research into artificial intelligence, such as Google, is worth a closer look from moral and political perspectives. Part of the motivation for a closer look arises from the emerging interest of Western governments in the mass surveillance technologies that are becoming the foundations of political control in China’s authoritarian mould.

In 2017, the head of a CCTV regulatory body in the UK wrote a letter to police chiefs across the country complaining of lack of transparency over use of facial recognition technology and the need to apply protections for citizen privacy. The Financial Times article reporting this news cited two key reference points: escalating concerns in the UK about counter-terrorism, and the escalating use of such technologies in China.

In Western countries, ethical issues are being raised regularly and persuasively but this is leavened by the consideration that the terrorist threat is being described as the worst in 30 years, as in the FT article mentioned in respect of the UK, and where mass migration (refugee flows) are straining classic (non-cyber) modes of domestic surveillance and social management.

Some Western governments, like their Chinese counterparts, seem all to willing to cite national security considerations for each new extension of cyber espionage powers against their own citizens.

China and the West may share an important ethical constraint in how they are handling this.

The evidence is far from comprehensive but there are several indicators that IT professionals, regardless of nationality, have (on average) lower ethical standards than people outside the field when it comes to protecting IT users’ interests. This appears to arise because of the higher priority assigned by IT professionals to exploiting technologies to their full potential often in disregard of other considerations. This reality appears to have been confirmed with the linked cases of Facebook and Cambridge Analytica in the recent scandal over accumulation and exploitation of user data for the purposes of electoral manipulation.

There is cause to believe that this reality is also playing out in some Western governments which, like their Chinese counterparts, seem all to willing to cite national security considerations for each new extension of cyber espionage powers against their own citizens. Have we arrived at the point where China, instead of being the nemesis of Western governments in their bid to protect human rights, has become the pathbreaker for abuse of the same rights in the once-liberal pluralist democracies?

Greg Austin is a Professor of Cyber Security, Strategy and Diplomacy at UNSW Canberra. He is a leading international authority on East Asian security and on cyber power, especially with reference to China. He coordinates the Research Group on Cyber War and Peace and set up the country’s first degree course on that subject.

This article was originally published by Asia Dialogue - the online magazine of the University of Nottingham Asia Research Institute.