Finding a better, innovative way to the future

Leading innovators and philanthropists have joined the NSW Governor to launch the Michael Crouch Innovation Centre at UNSW. 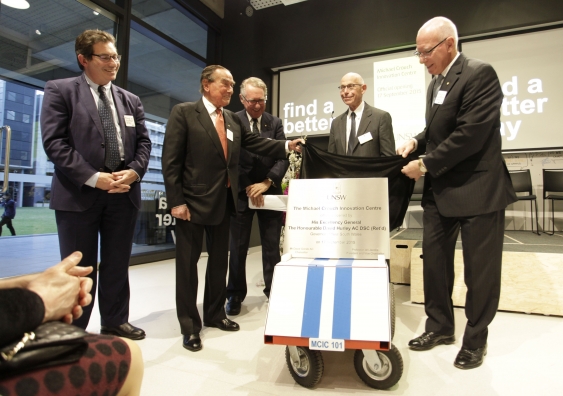 For Michael Crouch, one of Australia’s leading innovators and philanthropists, the catchphrase “there’s always a better way” is the key to his success.

It was also the inspiration for his exciting collaboration with UNSW that culminated in the Michael Crouch Innovation Centre (MCIC), which was officially opened last night by the NSW Governor, His Excellency General David Hurley.

Unprecedented at an Australian university, the MCIC is a creative hub where the next generation of innovators from all faculties can experiment, connect and showcase their ideas to corporate and industry partners.

“I hope the centre will influence students taking ideas forward into society,” Crouch, Chairman of Midgeon Holdings, told the audience, adding what a “joy” it was to be in the centre, which was buzzing with student innovations from robots, satellites and the world-recording busting Sunswift solar car.

Crouch believes it’s important for students to challenge the status quo. “Everybody is an innovator and should be an innovator,” he has said.

He applauded the centre’s motto – “Find a better way” – as a fitting evolution of his original inspiration for the initiative. 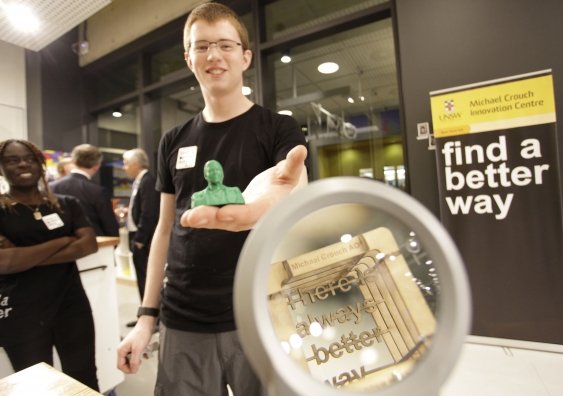 3D printing at the opening of the Michael Crouch Innovation Centre. Dignitaries were presented with their miniature busts to mark the Centre's opening. Photo: Andy Baker

Paying tribute to Crouch’s generosity and bright ideas, UNSW Chancellor David Gonski said the centre was part of the “transformation” of the University campus, championed by former President and Vice-Chancellor Professor Fred Hilmer and continued by his successor Professor Ian Jacobs.

“Here we are in this centre where those blessed with that innovative entrepreneurship can find their place and take the skills we teach them to higher events,” Mr Gonski said.

Professor Jacobs commented on the hub's “vibrancy”, evident from the first day it opened to students.

“It’s incredibly exciting seeing our students realise the opportunities that this centre creates for them.

“The Michael Crouch Innovation Centre is crucial to the future of UNSW and right at the heart of the strategy we’re developing for the next 10 years. We want to make UNSW the leading university in Australia for the translation of great ideas, discovery and knowledge into activities that lead to social progress and economic prosperity,” Professor Jacobs said. 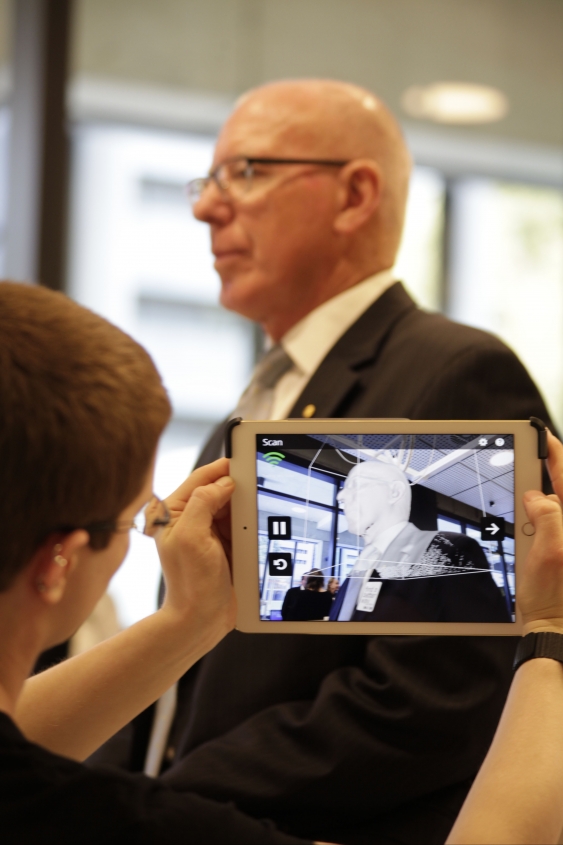 The NSW Governor, a UNSW alumnus, said greater collaboration between academe and industry would play a key role in changing the way we do business.

Students will drive these changes, General Hurley said, so we need to make sure they’re not afraid of new ideas or of failing.

“Let’s give them the tools to make this nation great.”