A crucial figure in the history of UNSW Medicine, Professor Walter Ernest "Darty" Glover, has been farewelled by his former colleagues and friends. 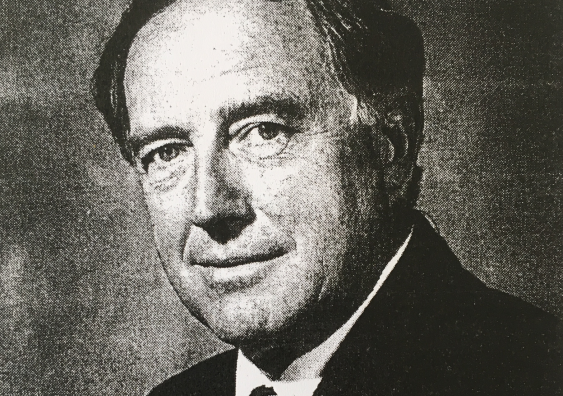 Professor Darty Glover, pictured in a 1998 edition of Uniken Magazine.

Professor Glover was Dean of Medicine for 13 years, from 1985 to 1998, and has been remembered as a man of ability and integrity, who guided the Faculty in a critical period as it matured.

He joined UNSW in 1968 as one of a “second wave” of foundation professors, appointed Professor of Physiology and Head of the School of Physiology.

He had been a member of academic staff at Queen’s University, Belfast, from 1956 to 1967 when he was appointed Senior Lecturer and Consultant Physiologist to the Northern Ireland Hospitals Authority.

Professor Glover had spent one year in Australia in 1965-66, when he was a temporary lecturer at the University of Adelaide while on sabbatical from Queens.

He visited UNSW for a week on his way back to the UK, having enjoyed his time in Australia and believing he would never return.

When he joined UNSW in 1969, Professor Glover was only 35, and there were only about 70 students in first year.

In a 1996 interview for the UNSW 50th Anniversary History, he said, “I certainly came here with the feeling that here was a new place, a growing place, and I was quite excited and stimulated by the other still fairly new professors”.

Student numbers grew rapidly over the next five years, to reach 240.

Emeritus Professor Peter Barry says Professor Glover was able to combat this situation and build up the school with additional high quality staff and expand it to include pharmacology.

“He was very supportive of his staff and there was a very good collegiate atmosphere in the School,” he said.

“By the time he had left as Head of School in 1985, to become Dean of the Medical Faculty, the School had achieved a very strong international reputation for the quality of its scientific research and rigorous teaching of science and medical students.”

“I want to emphasise that long before equal opportunity and mentoring became obligatory KPIs in evaluating academic performance, Darty Glover offered his support both in terms of support in the wider academic world and also in taking an interest in what I was trying to achieve in research,” she said. 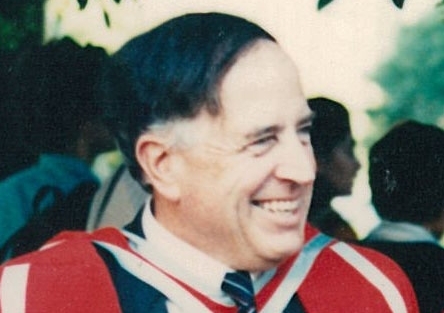 The late Professor "Darty" Glover in around 1985, when he was Dean of Medicine at UNSW. Photo: UNSW Medicine

When Professor Glover was appointed Dean of the Faculty of Medicine he relinquished his position as Head of the School of Physiology and Pharmacology, but continued research work there.

His own research on human circulation saw he and colleagues in Belfast carry out the first human studies of beta-blocker drugs.

In the same 1996 interview, Professor Glover said one of the things he was anxious to do was expand the conjoint appointment system.

“My view was that all the staff specialists should have a commitment to teaching and research and should have joint appointments, this improves the quality of hospital staff.”

Professor Glover also recognised the great potential in southwest Sydney, and under this leadership the University began developing ties with Liverpool Hospital and the local area health service.

On his retirement from the University in 1998, Professor Glover told Uniken magazine his only regret about his time as Dean was that a proposal for more stringent English prerequisites had been watered down.

Acting Dean of Medicine, Professor Anthony Kelleher, said Professor Glover was “critical in developing the Faculty into what it is today and was responsible for educating and inspiring a generation Doctors and biological scientists, including myself”.

Professor Glover’s son, Gary Glover, said his father had been named Walter Ernest like his father and grandfather before him, and one of them had been nicknamed “Darty”.

One of his relatives had said of baby Darty, “That’s another wee Darty” - and the name stayed with him throughout his life.

A memorial service was held on Thursday at St Michael's Anglican Church, Vaucluse. Professor Glover was husband of Lillian (deceased), father of Gary and Jane, father-in-law of Catriona and Simon and grandfather of Thomas, Kathryn, Emily, Helen and Fiona.