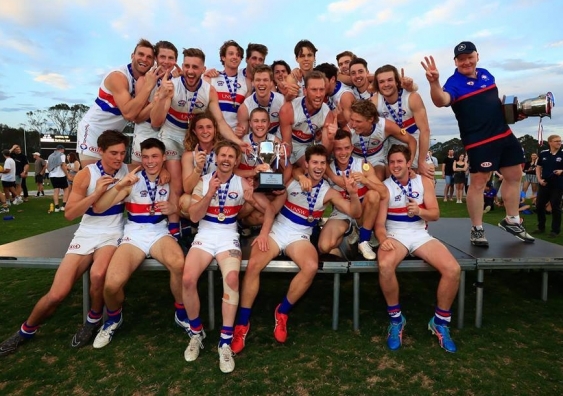 UNSW Eastern Suburbs Bulldogs have completed a clean sweep at the end of a superb AFL season.

UNSW Elite Athlete Program alumni James Pascoe nailed a goal in the opening five minutes, but Sydney Uni then took control to open up a 27-point lead. UNSW responded in style, but still trailed by 10 going into the final quarter.

The Bulldogs reduced the deficit further and then completed an amazing comeback when Jesse Aish kicked a goal in the dying minutes for a 58-55 win, earning UNSW Eastern Suburbs the Bill Hart Cup for the first time since 2012.

Coach Steven Pollock said: “I had faith that the boys would make magic happen, and they did.” 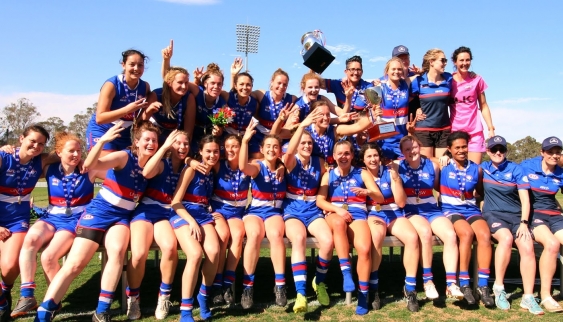 The UNSW Eastern Suburbs women’s Premier Division team were crowned champions in 2016 and 2017 (under their previous nickname Stingrays), but went into this season’s Grand Final against Macquarie University as underdogs having lost the previous three encounters between the two sides.

They got off to a great start, though, with three goals in the opening period and then held on for a superb 45-22 victory – despite injuries leaving them with only one substitute throughout the entire second half.

Bulldogs captain Sandra Jet, who was named most valuable player in the final, said: “The girls were 100 per cent switched on from the start.” UNSW Ben Lexcen Scholarship alumni Claire McGarity added: “We were prepared for it and we were determined to finish the season with nothing left in the tank.” 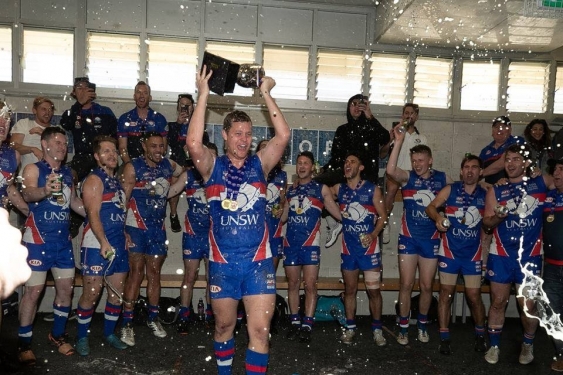 On a superb weekend of action, the UNSW Eastern Suburbs men’s Division 2 side stormed to a 45-27 win over Sydney University in their Grand Final, while the Under-19s completed the clean sweep by thrashing the North Shore Bombers 95-38. 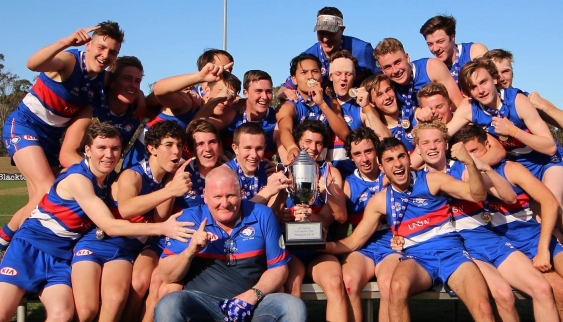 The UNSW Eastern Suburbs Bulldogs Under-19 side celebrate their 2018 Grand Final win.