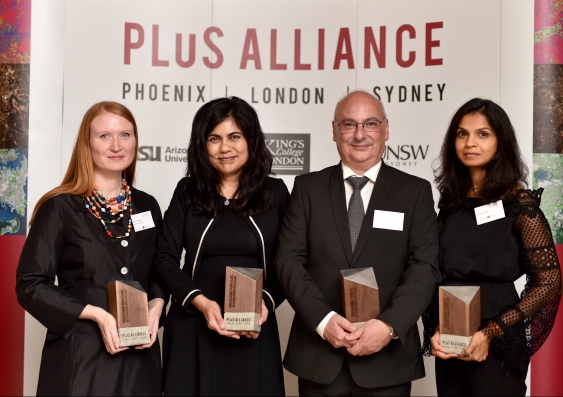 UNSW Scientia Professor Veena Sahajwalla (second from left) has been awarded the inaugural PLuS Alliance Prize for Research Innovation for her revolutionary approach to recycling toxic waste materials.

The award, recognising outstanding innovation contributions that address global challenges facing society, was one of four $25,000 prizes presented at the Times Higher Education World Academic Summit in London in September.

Sahajwalla and her team at the UNSW Centre for Sustainable Materials Research and Technology (SMaRT) have developed technologies to convert complex waste materials, such as old tyres and disused electronic devices, into ‘green’ materials for use in industry.

“This recognition from the PLuS Alliance for the work we’ve been doing to drive change and impact communities across the world is a real honour,” Sahajwalla says.

The PLuS Alliance is a unique international collaboration between Arizona State University, King’s College London, and UNSW Sydney that enables research-led solutions to global challenges while expanding access to world-class learning.

Professor David Sinclair of UNSW School of Medical Sciences has received an Advance Global Australian Award for his achievements in genetics at Harvard Medical School in the US.

Sinclair won in the Life Sciences category for his work to understand genes that fight disease and ageing, with a focus on treating the major causes of death and disability.

UNSW School of Business alumnus, Jeremy Balkin, who is head of innovation at HSBC USA, won the Financial Services award and was named the overall winner.

The winners received their awards at a gala dinner in Sydney attended by Foreign Minister Julie Bishop and Lucy Turnbull. 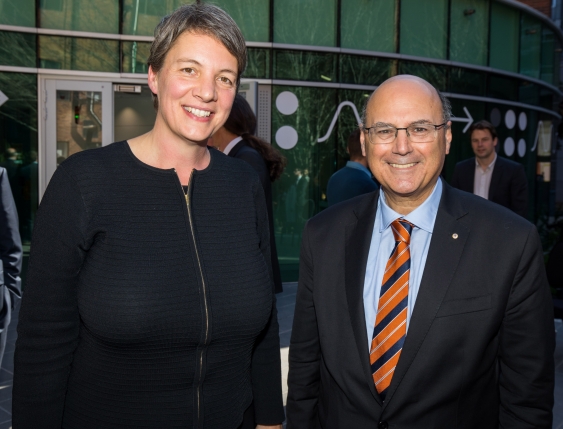 The NSW Government is the latest partner in the $83 million venture, pledging $8.7 million from its Quantum Computing Fund. The commitment builds on earlier investments from UNSW and its quantum computing researchers ($25 million), Commonwealth Bank of Australia ($14 million), Telstra ($10 million over two years) and the Commonwealth Government ($25 million over five years) through its National Innovation and Science Agenda.

It will drive the development and commercialisation of a 10-qubit quantum integrated circuit prototype in silicon by 2022 as the forerunner to a silicon-based quantum computer.

The international push to build the first practical quantum computer has been referred to as “the space race of the 21st century”.

CQC2T is home to an incredibly strong team of silicon quantum computing researchers and the only group in the world that can make atomically precise devices in silicon. Led by UNSW Scientia Professor Michelle Simmons, the centre’s teams have produced the longest coherence time qubits in the solid state, the ability to optically address single dopant atoms in silicon, the lowest noise silicon devices and the first two-qubit gate in silicon.

“It’s an exciting time to invest in this new industry that will shape the 21st century,” Simmons says.

UNSW Chancellor David Gonski’s game-changing contribution to education has been recognised with a new interdisciplinary institute being named in his honour.

The Gonski Institute for Education (GIE) was officially launched by UNSW President and Vice-Chancellor Professor Ian Jacobs at the University’s annual Town and Gown event. 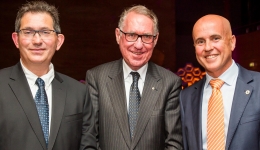 Based in UNSW’s Arts & Social Sciences’ School of Education, the GIE will bring together scholars, policy makers and practitioners to conduct research that will help improve academic and wellbeing outcomes particularly for disadvantaged students and those who live in rural and remote Australia.

One of Australia’s most prominent business leaders and philanthropists, Gonski has made a huge contribution to education in Australia through his school funding review and in his role as UNSW Chancellor for the past 12 years.

Gonski says he feels extremely honoured to have the new institute named after him.

Former NSW Education Minister and GIE Director Adrian Piccoli says he is looking forward to the contribution it will make to education in NSW.

has an enormous impact on society in general,” he says.

The Gonski Review Report (2011) identified highly concerning trends in the educational outcomes of Australian school students, including a significant link between low levels of achievement and educational disadvantage, particularly among students from low socioeconomic, regional, remote and Indigenous backgrounds.

Tackling India’s heatwaves, one roof at a time

UNSW Built Environment researchers are investigating the potential of a removable rooftop weather barrier to alleviate the effect of intense heatwaves on low-income communities in urban India.

Working in collaboration with Administrative Staff College of India (ASCI) and DuPont Tyvek, and with support from UNSW’s Node for Low Carbon Living and the Australia India Institute,

Dr Komali Yenneti is implementing a small-scale project in Hyderabad, which has experienced record-breaking heatwaves in the past decade.

“This thin, foldable roof material can be applied on the conventional roof during extreme weather conditions and then can be easily removed when it isn’t required,” Yenneti says.

Over eight months, researchers will measure the effectiveness of the material in reducing indoor heat and thermal exposure. 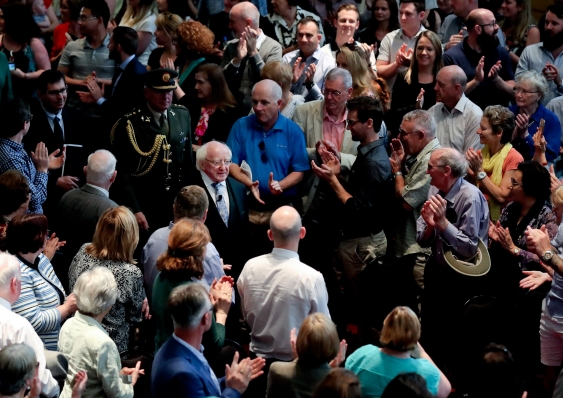 Irish President Michael D. Higgins has called on Australia to consider revisiting events of its past, such as the treatment of our Indigenous people, in a way that recognises and includes the voices of those previously marginalised.

“The challenge of being open to revisiting anew some formative events of the past that we had, as it were, put on a shelf in our mind, is … a challenge we all face in all cultures,” President Higgins said in an address at UNSW as part of his recent State visit to Australia.

“There is nothing truly to be gained from amnesia … and everything to be lost, for it is only by acknowledging, questioning, sometimes revising, but always remembering, in an ever more inclusive way, the events of our collective past that we can begin to build a collective future.”

a statesman who was also a strong human rights activist.

“Yours is a lifetime of service and commitment to making the world a much better place and we are honoured to have you here today,” Professor Jacobs said.

President Higgins has been working on what he describes as a strategy for an “ethic of remembrance”.

This was in part in response to the commemoration of the formative events that took place in Ireland between 1912 and 1922, such as the 1916 Easter Rising, the First World War and the Irish War of Independence and Civil War.

He said Ireland was seeking to restore to its national memory the 250,000 men and women from the South of Ireland who served in the British Forces in World War I.

This was not to minimise debate about the causes and consequences of that war but “to recognise the lives of those Irish soldiers lost, and those whose potential and promise were extinguished”.

The President said an even more difficult commemoration lay ahead as Ireland approached the centenary of the Irish Revolution, the independence struggle and the Civil War.

“We must acknowledge the brutality of that struggle, the viciousness that was unleashed and the brutal tactics that were employed by both sides,” he said.

The act of remembering should be placed in an ethical framework that included previously marginalised voices, that was open to the perspectives and stories of “the enemy of yesterday, however dissonant they may be”, and in a manner that critically evaluated often competing foundational myths and beliefs.

“Our words matter and in our present circumstances when anger is the temper of our times we need to use our words for healing rather than wounding,” he said.

UNSW Art & Design honours student Dennis Golding is the artist behind Australia’s first Indigenous national rugby jersey, which was worn by the Wallabies in the third and final Bledisloe Test in October.

Golding, a Kamilaroi/Gamilaraay artist and third-year Fine Arts student, was chosen to design the jersey after winning an Australia Rugby Union (ARU) tender in 2015. 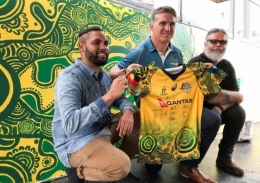 Golding says he was honoured to present the jersey to the team.

“It’s a simple recognition of the enormous Indigenous contribution made to the sport and it’s incredibly powerful,” he says.

Golding, 28, has also designed the NRL Wests Tigers team’s Indigenous jersey, acknowledging the merger of the Balmain Tigers and the Western Suburbs Magpies clubs in 2000.

Professor Baldry, a member of the University’s Management Board, is an expert in equity issues and is one of the country’s leading academics in the field of criminology.

UNSW Sydney has joined a unique three-way partnership that will link high-performing, early-career researchers and industry. The iPhD program brings together the University, industry partners and the CSIRO to jointly train new researchers to solve real-world challenges that generate tangible benefits for industry, and consequently the national economy. The iPhD program includes a professional development component that is personalised to meet the needs of each individual PhD candidate, with significant input from the CSIRO and business partners.

UNSW Bookshop has been named Campus Bookseller of the Year by the Australian Publishers Association for the third time in four years. The annual award is based on criteria including excellence in ordering and stock policy, textbook quality and sales staff as well as the most effective sell-through and marketing initiatives. 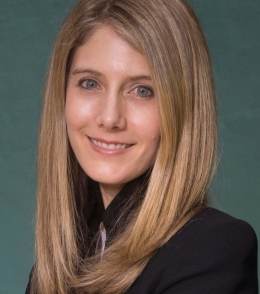 Scientia Professor Jane McAdam, Director of the Andrew & Renata Kaldor Centre for International Refugee Law, is the first Australian to be awarded the prestigious Calouste Gulbenkian Prize. The jury highlighted the global scope and impact of Professor McAdam’s ideas, saying their practical effect on legislation, jurisprudence and policy had led to better lives for thousands of refugees and migrants.

UNSW Sydney has scored highly in two sets of graduate employment rankings. The University received the maximum five-star rating for ‘Getting a Job’ in the Good Universities Guide, the only Group of Eight university to do so this year. In the 2018 QS Graduate Employability Rankings, UNSW ranked third in Australia and 36th in the world.

A global tracker for gas cylinders that was developed in just seven weeks has won five UNSW engineering students an all-expenses-paid trip to Silicon Valley, worth $25,000. Henry Blumentals, Matthew Eyles, Vanja Videnovic, Michael Irwin and Matthew Buffa – making up Team Raven – won the inaugural Maker Games for their sensor-laden collar that connects gas cylinders to the cloud and allows them to communicate with each other and their owners anywhere in the world. 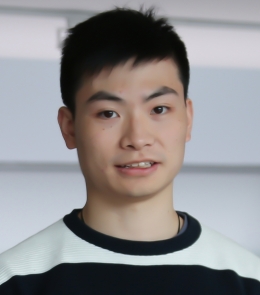 Jincheng Jiang is the first Master of Architecture student in Australia to receive a six-month internship with the prestigious Renzo Piano Foundation in Italy. UNSW Sydney is the first Australian university to be offered a Renzo Piano Foundation internship, which sees interns participating in every phase of architectural projects and visiting construction sites to help bridge the gap between academic knowledge and the reality of the architect’s profession.

Professor Grace Karskens has won the prestigious $75,000 Coral Thomas Fellowship, which will enable her to use State Library of NSW archives to research Aboriginal names and stories about the Hawkesbury River. Karskens is already working on a major ethnographic study of the Hawkesbury-Nepean, and her chance discovery in the Mitchell Library of a list of more than 180 Aboriginal place names turned her attention to the lower reaches of Dyarubbin, the Hawkesbury River.