Opinion Funding cuts are a poor response to educational credentialism 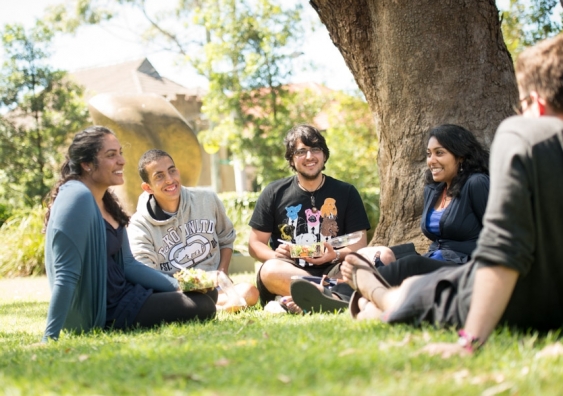 An interesting and contrarian book was published this year by George Mason University economist Bryan Caplan, The Case Against Education.

The central tenet is that education encompasses mere credentialism, signalling that graduates are capable, determined and compliant, in contrast to teaching them much that is useful or will be remembered.

Caplan ­estimates that 80 per cent of education is about “signalling” and only 20 per cent relates to enhancing “human capital”.

He goes on to argue that if this is the case we can achieve the same outcomes by investing less in education. He believes rampant “credential inflation” has taken place. It’s like being in a cinema. If you want to see more, you can stand up. But then everyone else stands up and you lose the advantage. Then you stand on the seat and everyone else stands on their seats. Society would be more comfortable if we all just sat down.

The book is timely and should be read. I don’t agree with the recommendation that government funding for education should be reduced but I do agree with some of the conclusions in the book: that vocational and applied education is more valuable than its status suggests, and that it is worth looking out for credentialism masquerading as education, what I would call “fake education”.

Caplan’s basic argument is that if the government spent less on education, it could spend more on other things, such as curing cancer. To me, this is the weakest part of the book. I don’t believe the ­savings would be spent on curing cancer.

In fact, I know that funds ­related to student fees subsidise cancer research and if fees were reduced we would make less progress in research.

I also raise the obvious point that as education becomes less available, our chances of generating the Marie Curies of the future decline and decline.

Caplan’s basic argument is that if the government spent less on education, it could spend more on other things, such as curing cancer.

On the contrary, I would go so far as to say that if ever Australia enjoyed a windfall of funding, then investing in endeavours of the mind would be the safest bet. That is essentially what our species, homo sapiens, has done and, while we are not perfect by any means, we have clocked up quite a list of unforeseen achievements — ­investing more in education will almost certainly continue to deliver.

I also believe education contributes to social harmony and ­cohesion.

Caplan carefully considers arguments related to education and personal fulfilment, education and society’s values, and education and culture, but he doesn’t seem to recognise the fact an inconclusive society needs to demonstrate visibly that realistic pathways exist for all of its citizens to aspire to anything.

He seems to recognise that if funding were reduced, the first to be ­excluded would be the poor, but he seems confident this could be countered through means-tested vouchers. He has more confidence than I do.

On the other hand, he is probably right that sometimes false dreams are being sold. I agree with him that pointing to lottery winners and urging everyone to buy expensive tickets at the same top university is not an altogether noble undertaking, but he omits to recognise that although the ­rewards from education are never guaranteed, education remains the only hope of advancement in many avenues of life.

And I suppose that is the problem he is alerting us to. It is all very well for those who enjoyed and excelled at school to celebrate the intrinsic value of learning, but there may be others who have ­inherent skills in crafts, art or music, and an aptitude for various trades, who are regarded not as future virtuosos but as unfortunates who have chosen their vocational course only because they failed to get into university.

Put bluntly, it is problematic when a degree in a doubtful area from any university is regarded more highly than virtually any ­vocational qualification. If this is where we are, then how did we get here? Was it an unforeseen consequence of the Dawkins reforms last century, where vocational ­institutions and universities merged, or is it just an inevitable consequence of credentialism and snobbery that is to be expected as soon as everyone uniformly starts worshipping at the altar of education for education’s sake?

But even if we are all standing on seats in the cinema, I cannot recommend that Australia be the first to sit down.

As a biologist, I am familiar with both futile and more productive arms races dancing to evolution’s tune. If we are in a race, then I’d rather be in an intellectual one than any other kind of competition. If some countries want to adopt Caplan’s recommendations, then that’s fine, but let it not be us.

Merlin Crossley is Deputy Vice-Chancellor, Academic at the University of NSW.