Ela Gandhi has delivered the 2015 Gandhi Oration, saying her grandfather's teachings are more relevant than ever, with Islamophobia, terrorism and climate change standing in the way of peace. 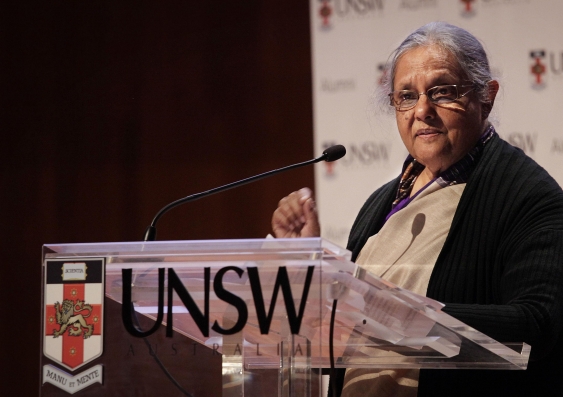 The teachings of Gandhi are more relevant than ever, with Islamophobia, terrorism and climate change standing in the way of peace, his granddaughter Ela Gandhi says.

Held on the anniversary of Mahatma Gandhi’s assassination on 30 January 1948, the oration is delivered by a person whose life work exemplifies Gandhian ideals. It follows a community Remembrance Ceremony on the University's Library Lawn, home to the Mahatma Gandhi bust.

Ms Gandhi used the occasion to stress her grandfather’s philosophy of non-violence and simple lifestyle – ideals which she said held the key to solving some of modern society’s biggest problems, including the cycle of extremist violence and environmental destruction.

“Perhaps some important questions are how much respect do we have for life? How much faith do we have in ourselves and in others? What do we teach the next generation?” she said.

“Gandhi-ji constantly said that it is important for us to differentiate between the deed and the doer… What we see today is the opposite – we not only condemn the deed and the doer but we also extend that condemnation to a whole group of people with whom we associate the doer. This is how we give rise to, for instance, Islamophobia, race hatred and other prejudices.”

She lamented that humanity had not heeded the Mahatma’s warnings 82 years ago about overconsumption. If we had, “today we would not be suffering the effects of climate change and worrying about how to conserve our planet”.

“I have often wondered, when we talk of water shortages, for instance, facing the world, yet do nothing about the number of private swimming pools being built all over the world as the middle class expands. Is this sustainable?”

Ms Gandhi offered a candid insight into growing up on South Africa’s Phoenix Settlement, a commune where her grandfather trained political activists in his techniques of satyagraha, or passive resistance.

She said the most important lessons were that people did and could change, that all work and people were to be respected equally and that no one faith had precedence.

“Gandhi-ji’s famous quotation was that I want the windows of my house to be open and the winds of all cultures to blow through, but I will not be thrown off my feet by anyone.”

Ms Gandhi said the world was increasingly looking for quick fixes to complex problems, citing the death penalty, and the case of the Bali Nine, as a topical example in Australia.

Her own experience with South Africa’s Truth and Reconciliation Commission was that lasting change required patience and faith.

“Whilst there were many people who forgave and were able to shake hands and live together with the perpetrators, and perpetrators who felt really guilty about what they did and changed their own habits, it takes a long time for that to happen,” she said.

“It hasn’t happened across the board. There are those perpetrators who still feel that what they did was correct, and there are those victims who are not prepared to forgive. We have to work at it, that’s where faith comes in: faith in yourself, faith in other people that one day it will happen.”

Asked what her iconic grandfather would have thought about the modern world of weapons, drones and social media, she said he never would have armed himself but “absolutely, if there was a Facebook I think he would be using it very wisely”.

Though sports boycotts had helped to end apartheid she said Gandhi may not have approved of the modern world’s sports mania.

“Gandhi-ji didn’t like competition. Although he had a football team, his games were more about enjoyment and not about competition. Because he felt that, once you begin to compete, then it leads to antagonisms and violence.”

Instead of competition, she urged small acts of compassion and harmony.

“Even in our daily lives we can help to resolve differences peacefully rather than using confrontationist ways to resolve conflict. Simple little acts make an enormous difference in the world.” 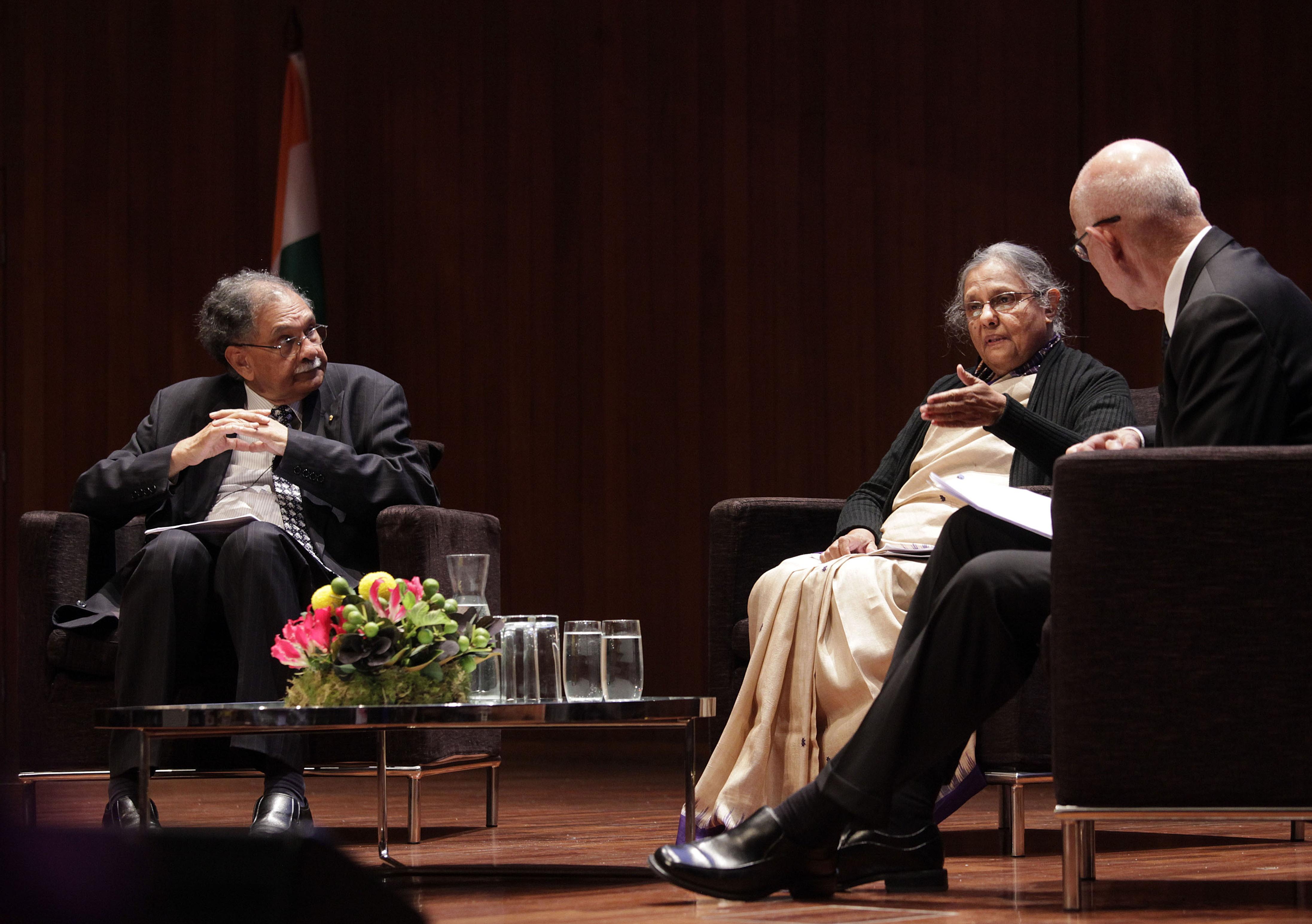 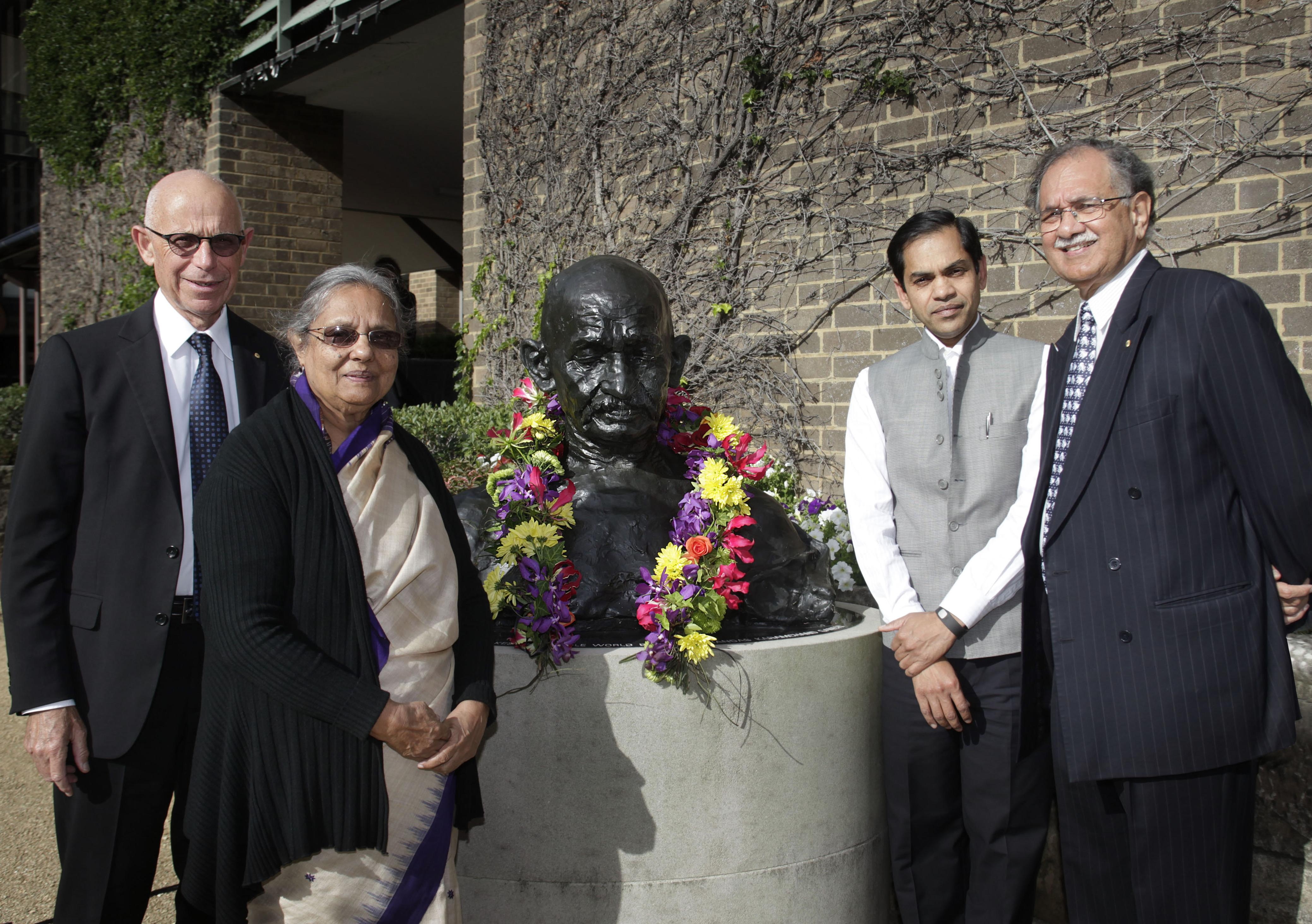 Terror and a climate of fear surrounds the Paris summit