Author Tom Keneally has used his UNSW Gandhi Oration to challenge Australia’s policy on asylum seekers and to shine a light on a little-known period of history – the Bengal Famine. VIDEO 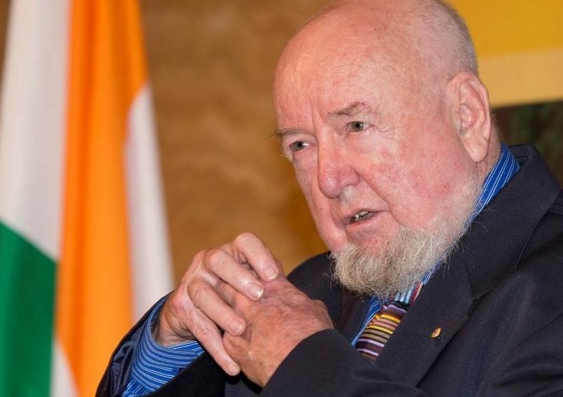 Booker prize-winning author Tom Keneally has used his 2014 Gandhi Oration to challenge Australia’s policy on asylum seekers and to shine a light on a little-known period of Indian history – the Bengal Famine of 1942.

Keneally delivered the Oration to a capacity audience at UNSW’s Leighton Hall to mark India’s Martyr’s Day, the anniversary of Mahatma Gandhi’s assassination in 1948. The public talk was preceded by a remembrance ceremony at the Gandhi bust on the UNSW Library Lawn.

Keneally, best known for his novels The Chant of Jimmy Blacksmith and Schindler’s Ark, said Gandhi’s life and approach to political dissent “convinces us to this day that peaceful remonstrance can wring the hearts of the powerful and that truth can alter policy”.

“Here in Australia, when we protest as a means of peaceful discourse with government, Gandhi’s name is never far from our counsels, from the honourable dissent we wish to display, from our conviction that change is possible,” he said.

Yet Gandhi’s ideals were a “fierce gospel” that were often impossible to follow, Keneallly said.

The author said he realised he himself could be only a partial follower of Gandhi’s ideals when he co-edited A Country Too Far, a collection of essays, stories and memoirs about the human face of asylum seekers.

“It was hard for me as I helped write such a book to ignore my belief that our nation, if it goes on pursuing such punishing and name-calling policies, and if we fail in our duty under the convention, then we have somehow sacrificed part of our most cherished values. It's hard for me not to bring to the task then the conceited attitude  ‘How dare my country let me down, morally, like this.’

"I presume that I am a citizen of a nation that has somehow lost a Moral Ashes Series. But who am I to expect it should win it? Maybe I should be content with the one we did win.

"Whereas the chief issue, of course, is not my moral outrage and not any anger; it's the Gandhian issue, the question of indignity inflicted on these questing people, the asylum seekers, and not our spiritual discomfort."

In a wide-ranging talk, Keneally pondered why some Indians – especially youth – seemed critical of the national hero, citing as possible explanations the Mahatama's apparent naivity about the power of passive resistance in the face of great evil and his championing of rural India at the expense of the cities.

Keneally also used his speech to shine a spotlight on the little-known Bengal Famine of 1942, which killed as many as five million people. Many of India’s independence leaders, including Gandhi, were imprisoned at the time and the British rulers censored news about the full impact of the famine.

“Had he been free during the famine, Gandhi, like other leaders, would certainly have led – despite all other limitations placed on him – a conclusive and creative ‘force of truth’ demonstration against what was befalling hidden Bengal.

“How well Gandhi would have demonstrated that reality, had he been free at the time, is something we can but speculate on.

“All we know is that despite old age he would not have been supine…. he would have been morally ruthless.”

Keneally said in the end “Gandhi’s moral influence transcends the contradictions of his utterances and character, and it would be a good thing for us all if that moral influence reached into public life further than it does”.

The Gandhi Oration was established in 2012 by UNSW and the Australia India Institute in consultation with the Consul General of India. The 2014 Oration was sponsored by Tata Consultancy & nbsp. 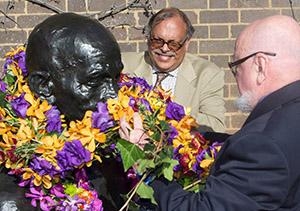