Opinion The government just made it even harder for Australians to come home. Is this legal?

Australians who normally live overseas will face an even tougher time coming back to Australia, under new rules that start this week. 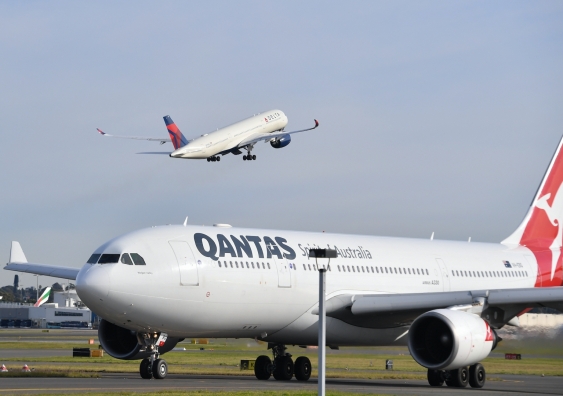 The COVID-19 pandemic has meant huge restrictions on Australians’ ability to travel both within Australia and overseas. But until now, Australian citizens ordinarily resident in other countries have been able to return to Australia and then leave without requiring additional permission.

However, last week, the federal government quietly removed that exemption. This is designed to deter Australians from coming home in the first place, thereby reducing demand on quarantine places. It will come into effect on Wednesday August 11.

It follows lobbying from state premiers (who have to quarantine people) to limit the movement of fly-in fly-out workers.

This means Australians who live abroad and return to Australia (even if it is to see family) will not automatically be able to leave again unless they meet narrow grounds for an exemption. They will need to prove they have an “established and settled” home overseas, via documents like a residency permit, tenancy agreement, letter from an employer or utility bills. This is not necessarily straightforward, particularly as lives, jobs and visas continued to be disrupted by the pandemic.

Is this latest move legal? Are there any grounds to challenge this?

The government’s power to ban people from leaving Australia comes from the Biosecurity Act. In an emergency, section 477(1) gives the health minister sweeping powers to prevent and control the entry of diseases into Australia.

Since COVID began, Health Minister Greg Hunt has issued determinations to stop Australian citizens and residents from leaving without permission, to ban them from travelling on from the New Zealand “travel bubble” to another country, and to ban people from returning to Australia from India during the second wave. If people breach these rules, they can be subject to penalties of up to five years’ imprisonment, a fine of up to $66,000, or both. 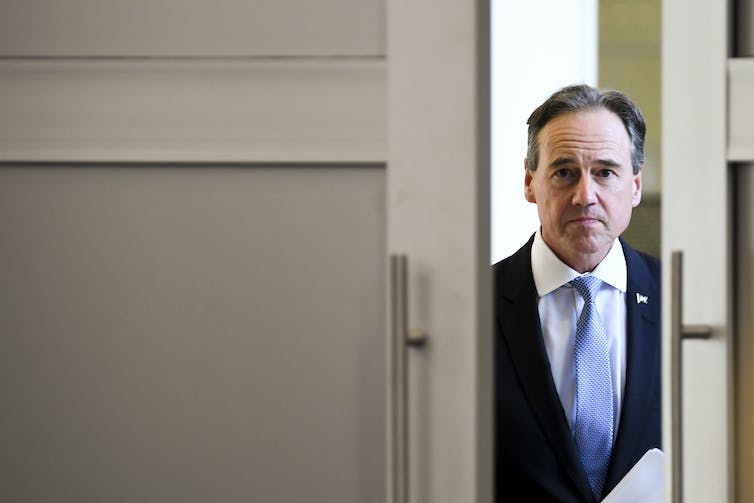 By contrast to other legislative instruments, these determinations by the health minister cannot be “disallowed” (or overturned) by federal parliament.

This means parliament can’t block the health minister’s decision to stop Australians who live abroad from leaving without permission.

What about constitutional rights?

Australia is one of the only liberal democracies in the world without a bill of rights.

In countries such as Germany, Slovenia, and Spain, citizens and residents have been able to challenge COVID restrictions in courts by arguing they breach their constitutional rights. Courts then consider whether a restriction is a proportionate way of controlling the virus.

Read more: Why the latest travel caps look like an arbitrary restriction on Australians’ right to come home

There is a strong argument the new restriction for Australians is disproportionate. This is because its objective — managing the entry of COVID by deterring demand for quarantine places — is already achieved via caps on the number of people who can enter Australia. There are also other means of managing risk that would place a lesser burden on rights to leave and return to Australia, such as tailoring restrictions to vaccination status.

Reducing demand for already regulated spaces, as the new restriction does, is really about reducing political pressure on government to expand quarantine systems.

What does the India experience tell us?

Because Australia doesn’t have a bill of rights, citizens can’t challenge the proportionality of Hunt’s determinations.

This was clear in the challenge to the ban on citizens returning from India, where the Biosecurity Act was described by counsel for the Commonwealth as a “legislative bulldozer” — knocking over any other statutory protections or common law rights that people might have. The ban was found to be legal.

The minister does need to consider whether there are less intrusive ways of controlling the entry of COVID when making a determination. But the challenge to the India ban shows courts will allow a great deal of discretion to the health minister in making that call. As long as there is a basis for the minister to make that call — such as health advice — courts will not look too deeply into the premises underlying that advice or its proportionality.

One argument against stopping Australians who ordinarily live abroad from leaving is the Commonwealth must have a power explicitly listed in the Constitution to make a law about this.

The federal government is likely relying on the Constitution’s quarantine power to stop Australians from leaving. The explanatory statement tabled in parliament last Thursday makes clear the Commonwealth is removing the exemption on people who ordinarily live abroad to reduce demand on quarantine places. 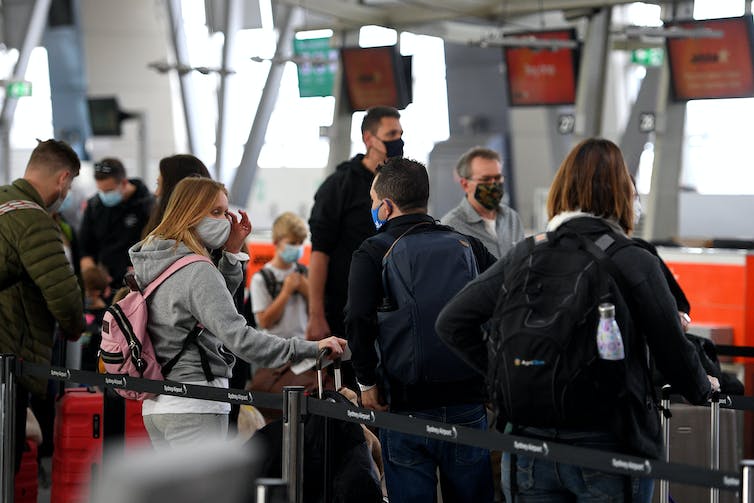 Australians will find it even harder to travel overseas from August 11. Photo: Dan Himbrechts/AAP

There is an argument stopping people from leaving doesn’t have enough of a connection to the Commonwealth’s power over quarantine. Given the broad approach courts have taken to emergency powers during the pandemic, a court may nonetheless find restrictions on people leaving is incidental to managing quarantine.

What about Australian citizens’ rights under international law?

Under international law, everyone must be free to leave any country, including their own. In exceptional and very limited circumstances, this right may be restricted – for instance, if it is necessary to protect public health. However, the restrictions must be clearly set out in domestic law, consistent with other human rights (including the right to family life), and “the least intrusive” way of achieving the desired aim.

The United Nations Human Rights Committee has been very plain.

The application of restrictions in any individual case must be based on clear legal grounds and meet the test of necessity and the requirements of proportionality.

In other words, a “one size fits all approach” will not cut it.

The current restrictions do not take into consideration vaccination status, nor the fact a cohort of Australian citizens have their permanent home abroad.

Particularly when considered in conjunction with the barriers the government has already put in place that limit these Australians’ right to return home, this additional exit requirement truly seems like overreach.