The incumbents will bring a focus to creative arts practice in Australia. 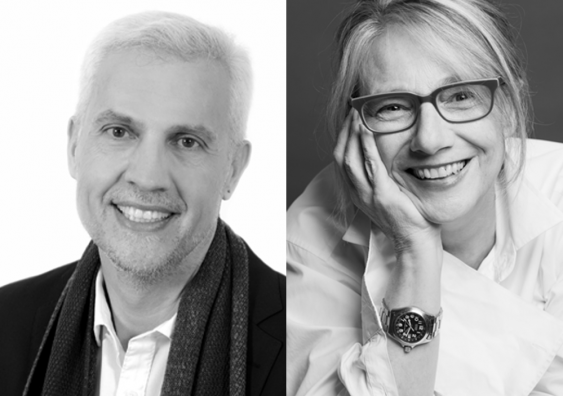 Associate Professor Biddle is a leading social anthropologist and former ARC Future Fellow with expertise in Indigenous languages, art, culture and aesthetics. She has worked with northern Warlpiri in Lajamanu for 25 years.

A Senior Research Fellow in the National Institute for Experimental Arts (NIEA), Associate Professor Biddle is founding director of Visual Anthropology & Visual Culture, an international program specialising in Indigenous and Asia Pacific research. It is one of only a few programs in Australia to support ethnographic and practice-led research as a basis for creative and critical research innovation in the arts.

“It is a great honour to have the opportunity to work with some of the leading scholars in the field at Harvard, including in the Department of Anthropology and HUNAP (Harvard University Native American Program),” says Associate Professor Biddle.

“I am incredibly excited to introduce students to my current research and engage a broader transnational dialogue about the importance of Indigenous aesthetics at local, national and global levels.”

Andrew Schultz, Professor of Music in the School of the Arts & Media, is a prolific and prize-winning composer and teacher. His work has tackled new and difficult topics, has high levels of distinctiveness and originality, and has been held up as an example of music that communicates expressively of its time and place.

“This appointment provides wonderful recognition of the ways a creative artist can also contribute to ideas and discussion in an outstanding international university context,” he says.

Professor Schultz composed the first Australian opera to include an Indigenous character (Black River, 1988) and the first Australian work to incorporate central Australian Indigenous languages into orchestral performance (Journey to Horseshoe Bend, 2002). His works have also been presented as the culmination of major national events, such as Symphony No 3 – Century for Canberra Centenary, 2013 and August Offensive for the Gallipoli Symphony, 2014.

“My view is that the local and specific, when genuinely creative and technically excellent, may achieve the widest level of communication. Or, what can seem specific may be universal," the professor says.

The Gough Whitlam and Malcolm Fraser Chair in Australian Studies was established through a gift of the Australian government to Harvard University, in recognition of the American Bicentennial in 1976, to further understanding of Australia in the United States. Over the past 35 years, the Chair has been occupied by some of Australia’s most outstanding intellectuals, including Geoffrey Blainey, Chris Wallace-Crabbe, Raewyn Connell, Tim Flannery, Katherine Gibson and UNSW’s Alison Bashford.