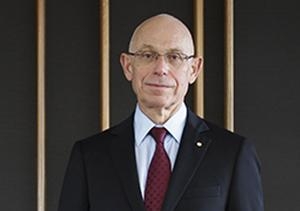 OPINION: The new Higher Education Minister Kim Carr has flagged a review of the so called "demand driven" system that has seen such a rapid expansion in the number of students entering Australia's universities.

Predictably his comments have caused a furore. Increasing the participation rate in higher education was a core element of the Gillard Government's education revolution. Those vociferous in their defence of the current approach point to the fact that it is opening up university education to young Australians previously denied the opportunity.

No-one questions that this is a laudable aim, particularly if it increases access to tertiary education for young people from disadvantaged backgrounds. But I am among a number of vice-chancellors, and others involved in the sector, who have been calling for just such a review as a matter of priority.

We are concerned about a potential decline in standards as well as escalating costs. We believe it is time to at least pause and take a hard look at what is being achieved and the best use of scarce resources, particularly in the context of the recent massive cuts to university funding.

To achieve its target of 40 per cent of 25- to 34-year-olds holding a bachelor's degree by 2025, the government pledged to fund every domestic student enrolled at our public universities. But this immediately created a moral hazard, particularly for institutions that aspire to grow, or have difficulty filling places. The economic incentive is to admit more students, as this is the major available source of increased revenue. The moral hazard arises from the temptation to lower standards to make these admissions possible.

Australia's university system has a reputation as one of the world's finest. Lowering standards is a risk to the international standing of our universities and the degrees they bestow.

Previously an ATAR of 55 was the lowest score required to get into university from school. Now we have some universities taking students with entry scores significantly below 50, and there has been a much steeper rise in offers than in applications. So we are not looking at a demand driven system so much as a supply-driven free-for all.

The number of students attending our universities has skyrocketed, with almost 200,000 more students enrolled in 2013 compared to 2007. And on the present trajectory, it's estimated that number will grow next year by more than 30,000. The rate of this increase has surprised even the government and exceeded Treasury forecasts.

The Minister has, rightly in my view, expressed concern over the quality of students entering the system. The most significant growth in enrolments has been from students with lower ATARs. This could be setting students up to fail, with potentially higher attrition rates.

While the ATAR is not the only predictor of success, there is evidence to show a correlation between ATARs and the risk of dropping out. Data on the success rates of these students is not currently available, and it is too early to track employment outcomes. However, there is anecdotal evidence of an emerging problem.

One of the options Minister Carr is reportedly considering is applying a minimum ATAR entry standard that must be met before a place will be funded. This could stop the blow-out in costs and hopefully those savings could go back to universities, so badly hit by the recent funding cuts. An alternative might be to individually negotiate student caps, based on a prior student attainment, with each university.

It was never intended that uncapping student places would allow everyone who applied to a university to obtain a place. It was implicit that standards would be maintained and that universities would only admit students with strong prospects of success. For students, especially from high school, with inadequate academic preparation, TAFE courses and bridging courses could offer pathways that provide an improved chance of success.

Proposals to fund TAFE and possibly other pathway courses, and at the same time require a minimum entry standard from school leavers, are not attacks on the demand-driven approach. Rather, they are options for dealing with the moral hazard that is a design flaw in the current system, and for making it more cost-effective.

The aim is to deliver both higher participation and higher quality. To pit these two ideas against each other is a false trade-off.

Professor Fred Hilmer is Vice-Chancellor of UNSW and Chair of the Group of Eight.