UNSW has been ranked as one of the top 60 universities in the world in the 2012-13 QS World University Rankings. 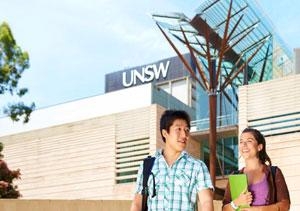 UNSW has been ranked as one of the top 60 universities in the world in the 2012-13 QS World University Rankings.

Released today, the prestigious league table places UNSW at 52 in the world out of 700 universities.

The annual rankings are based on six factors: academic and employer reputation, staff-student ratios, research citations and the proportion of international staff and students.

UNSW is one of seven Australian institutions to make the top 100 for this year. The overall top spot was claimed by MIT (Massachusetts Institute of Technology), followed by the University of Cambridge and Harvard University.

This week has also seen the release of the Australian Good Universities Guide for 2013, with UNSW scoring the maximum five-star rating for eight key performance indicators.

For graduate employment – getting a job, starting salaries and positive graduate outcomes – UNSW rated in the top group for all three measures.

The guide, published annually, provides detailed profiles of all Australian universities, as well as other institutions offering tertiary courses.

“UNSW’s QS results are testament to the quality of our research and our standing internationally and we’re pleased to see it reinforced by our continued five-star success in the Good Universities Guide,” Professor Henry said.

In 2011, UNSW was the first Australian university to be awarded five stars in the new QS Stars rating system, which measures institutional performance against international benchmarks.