UNSW alumnus Madeline Hills is setting her sights on a Commonwealth Games medal – but has a few hurdles to overcome. 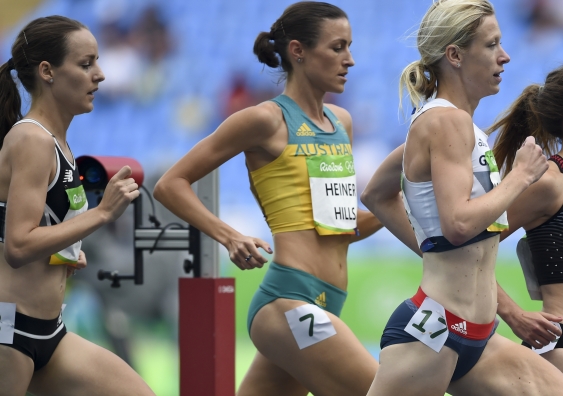 Green and gold in the running: Madeline Hills (centre) in the 5000m at the Rio Olympics in 2016. Photo: Shutterstock

Madeline Hills might be forgiven for looking with concern at the list of Kenyans in her races at the 2018 Commonwealth Games.

The 30-year-old, who holds a Master of International Public Health from UNSW, finished fourth in the 3,000m steeplechase at the Games four years ago in Glasgow behind a trio of athletes from the African nation.

This time around she goes for glory in the 5,000m and 10,000m, looking to cap her amazing comeback story with a medal in a major sporting competition. 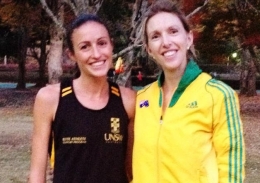 Hills was a talented teenage runner and represented Australia in the 2004 World Junior Championships in Italy at the age of just 17. But within a couple of years she had turned her back on the sport to focus on a career in pharmacy.

Her UNSW Master's came after a 2008 Bachelor of Pharmacy from Sydney University, which was followed by professional pharmaceutical positions across Australia.

She did not return to running seriously until 2013, but made an immediate impact by qualifying for the following year’s Commonwealth Games. She produced a stunning performance in the steeplechase in Scotland, only to finish an agonising fourth place behind Kenyan runners in positions one, two and three.

Since then, Hills has been to an Olympic Games, claiming seventh in Rio in the 3,000m steeplechase and 10th in the 5,000m, with personal best times in both races.

She also qualified for the 2017 World Championships in the 5,000m and 10,000m and is now back at the Commonwealth Games hoping to give the home fans something to really cheer.

UNSW wishes Hills all the best in her bid for a medal on the Gold Coast, with the 10,000m final on today and the 5,000m final on Saturday 14 April in the Carrara Stadium.

Madeline Hills finishes fourth behind a Kenyan 1-2-3 in the 3,000m steeplechase at the 2014 Commonwealth Games in Glasgow.