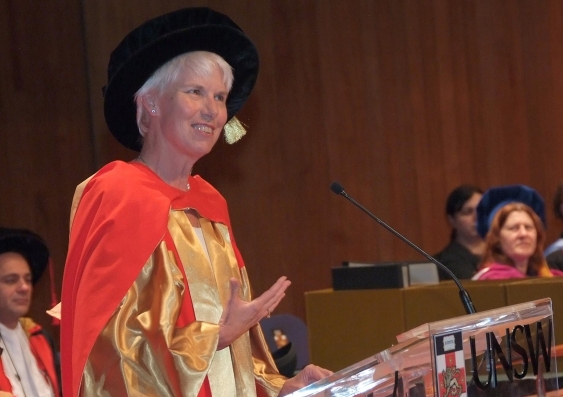 Mrs Kelly was one of six eminent Australians to receive honorary degrees in the University’s most recent graduation season.

Mrs Kelly was honoured for her eminent service to the education sector and the community.

Renowned for her customer focused approach and inclusive leadership, Mrs Kelly has been head of the Westpac Group since 2008. In 2002, she became the first woman to lead a major Australian bank when she was appointed CEO of St.George. 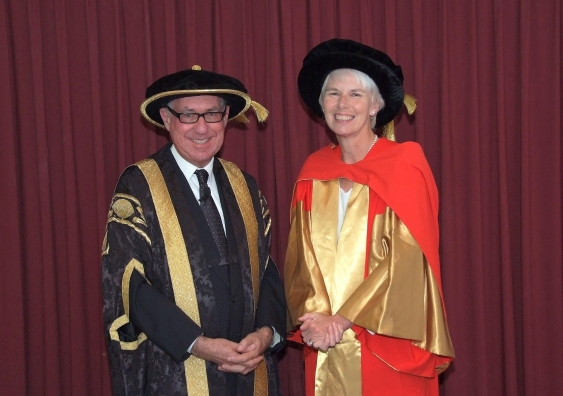 Westpac recently announced the most significant act of corporate philanthropy in Australia’s history with a $100 million grant to establish an endowed education fund. The Westpac Bicentennial Foundation will work in partnership with Australian universities to support programs that build Australia’s ties with Asian economies and increase our competitive position in technology and innovation. More than 10,000 students will benefit from the program, paving the way for Australia’s future prosperity.

Last year Mrs Kelly gave the keynote Wallace Wurth address at the unveiling of the bust of Nelson Mandela at UNSW, where she reflected on how Mandela’s leadership style had influenced her own, and outlined the four themes she learnt through his legacy: conviction (through clear vision and purpose), courage, generosity of spirit and resilience.