Opinion If the CSIRO won't do research for the public good, who will?

Australian society will be the biggest loser if the CSIRO is forced to abandon its blue-sky work, writes Les Field. 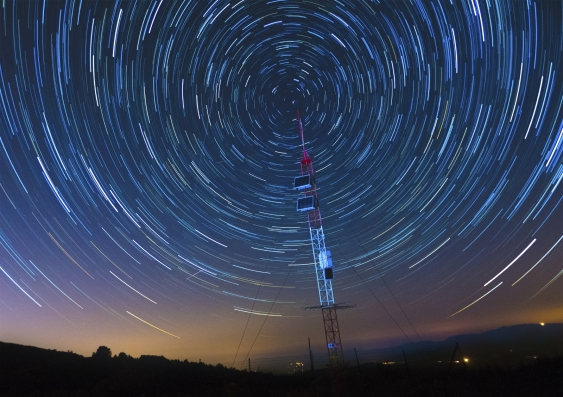 OPINION: Scientists in Australia's universities and research organisations are responsible for ground-breaking inventions such as the world's first effective influenza drugs; smart mathematics that enabled superfast Wi-Fi and the bionic ear. These have also been resounding commercial successes, and show that local discoveries can be profitable.

Government policy emphasises the importance of commercially focused research and rightly encourages researchers to fully capitalise on their discoveries. But, in our focus on innovation geared towards commercialisation, have we overlooked the tremendous value to our community of research done in the public interest?

It is in this context that the emails sent between CSIRO executives revealed this week are worrisome. The email trail suggested that, in early stages of planning, there was a contemplation of removing all public-good climate research from CSIRO – that "public good" was not considered to be sufficient reason for CSIRO to be carrying on research. While it is important to realise that CSIRO's priorities will rightly change from time to time to reflect the challenges facing Australia, this sentiment does raise some difficult questions about its role in Australia's overall science and research effort.

Some of the most critical challenges our society faces – such as combating epidemics of chronic disease or finding ways to better predict natural disasters, or improving our ability to live the good life while caring for our environment – have almost no prospect of generating a commercial return. Yet every Australian would attest to their importance, and recognise that research in these areas contributes greatly to the welfare of the community.

CSIRO is a federal government agency, established by the Science and Industry Research Act 1949. That act sets out its primary purpose – to carry out scientific research for the purposes of assisting Australian industry and furthering the interests of the Australian community, particularly in the national interest. Although there may be various interpretations of parts of the act, it is difficult to argue that research in the public interest is not within CSIRO's remit. In fact, CSIRO will receive about $750 million in public funds this year to allow it do just that.

The larger question that must be asked is that if CSIRO is no longer to consider public-good research as a valid endeavour, then who does? Australia's science and research effort is made up of many players, who all have distinct roles. A substantial contribution to public interest research is made by our universities, who produce much of the fundamental knowledge that innovations are based upon. However, most university researchers work on relatively short projects, dictated by grant cycles.

There are several specialised research agencies and research institutes that do important work in narrower fields, and also other mission-specific research organisations such as Defence's research arm. But none of these organisations are set up to undertake the long-term, nationally co-ordinated, strategic public-good research programs, of the kind that develop our meteorological capability, that help us develop better responses to bushfires and other natural disasters, and that help us understand where to look for the next generations of lifesaving medical treatments and drugs.

It is also important to consider that, in the absence of co-ordinated public-interest research, who will investigate uniquely Australian problems? Without the knowledge and expertise of CSIRO's animal health laboratories, would we today have the vaccine to the Hendra virus that can prevent its passage from bats to horses and then to humans? Who could provide us with a picture of the sustainable limits of water use in the Murray-Darling river system? Who can tell us about the likely impacts of long-term climate change on our coastal cities and our vital agricultural industries?

The excellent public-good research carried out by Australian institutions touches the lives of everyone in the community. We should be served, not only by research contributing to our economic prosperity, but also by research that seeks to improve our society, the environment and the way we live.

We do need to have a renewed discussion on the value of public-interest research and we must not lose sight of where is sits in the Australian research ecosystem.