UNSW will honour the outstanding achievements of Mr Ratan Tata, Chairman of the Tata Group – India’s largest corporation – with the degree of Doctor of Business. 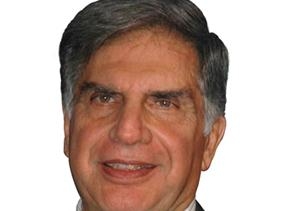 The University of New South Wales will honour the outstanding achievements of Mr Ratan Tata, Chairman of the Tata Group – India’s largest corporation – with the degree of Doctor of Business honoris causa on November 27.

Named as one of India’s most powerful people, Mr Tata is an internationally respected corporate leader and philanthropist. The phenomenal success of the Tata Group under his leadership is attributed to his vision and philosophy of loyalty, dignity and corporate social responsibility.

Mr Tata is the recipient of numerous national and international awards and honours, including one of India’s most distinguished civilian awards, the Padma Vibhushan.

The honorary degree – UNSW’s highest award – recognises Mr Tata’s eminent service to the global community and is presented on the eve of his retirement.

Media are invited to attend the degree ceremony and Wallace Wurth Dialogue but please note Mr Tata will not be available for media interviews.

BIOGRAPHY – RATAN TATA: Ratan Naval Tata was born in India in 1937, and has been Chairman of the Tata Group since 1991. He began his career at the Tata empire in 1962, initially working on the shop floor of Tata Steel, shovelling limestone and handling the blast furnace. In 1991, Mr Tata was appointed Group Chairman and during his tenure the group’s revenues have grown manifold, totalling over $100 billion in 2011-12. The Tata Group employs more than 450,000 people worldwide and has been respected in India for more than 140 years for its adherence to strong values and business ethics. The group has operations in more than 80 countries across six continents. Mr Tata is also associated with various organisations in India and overseas and is Chairman of two of the largest private sector philanthropic trusts in India. He serves on the board of directors on numerous international companies, and is a Member of the Indian Prime Minister’s Council on Trade and Industry. Mr Tata is President of the Court of the Indian Institute of Science, and Chairman of the Council of Management of the Tata Institute of Fundamental Research. He also serves on the board of trustees of Cornell University and the University of Southern California.

UNSW AND INDIA: UNSW has well established links to India and to date has secured more competitive research funding through the Australia-India Strategic Research Fund than any other Australian university. UNSW has funded more than 30 early career researchers from India to participate in International Research Workshops and has established formal ties with 20 leading Indian universities. UNSW hosts a node of the Australia-India Institute, with Mr Neville Roach AO as Patron, and the annual Gandhi Oration, which the University established in 2011. UNSW is proud to have been chosen as the site for the Gandhi bust, a gift from the government and people of India.