Torture’s effects on the brain is one of 20 UNSW research projects to attract $20.9 million in federal grants and industry contributions - the best result in the country - in the latest funding round. 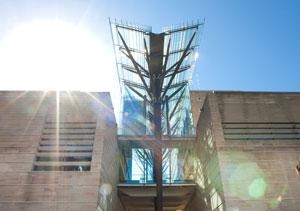 Torture’s effects on the brain, the next generation of high-efficiency solar cells, and new approaches to iron making are among 20 UNSW research projects funded in the latest round of industry-backed Australian government Linkage Projects scheme.

UNSW was awarded $5.8 million for the 20 projects by the Australian Research Council (ARC), topping the state and ranking second nationally. Significantly, the projects received the highest level of industry support nationally with $15.1 million pledged from partner organisations.

The aim of the Linkage scheme is to foster collaboration between researchers, industries, and communities to find solutions to some of our most pressing problems.

The largest grant – $560,000 – went to Professor Stuart Wenham, from the School of Photovoltaic and Renewable Energy, to develop improved photovoltaic devices with higher efficiency and lower cost .

Other successful projects include:

The funding is part of Round 2 of the government’s Linkage Projects schem, and will commence in July 2012.