Australia has unique advantages when it comes to attracting the best and brightest and harnessing their talents, writes Merlin Crossley. 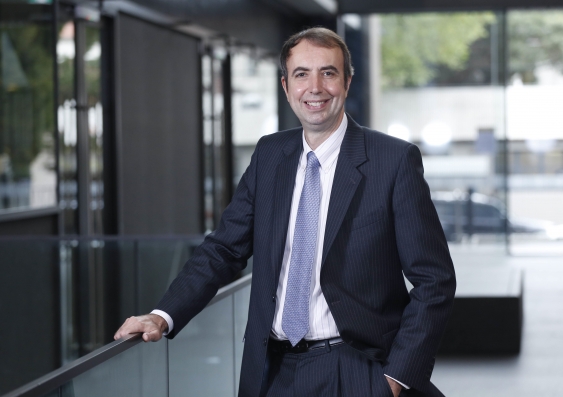 OPINION: Not all readers would identify Australia as a powerhouse of scientific experimentation and technological invention. Many would see us more as Gilligan’s Island – a diverse bunch of harmless buffoons who enjoy a relaxed lifestyle but have few practical projects, and who will never really leave their paradise island and shake the world.

The fact that we celebrate a square washing line and a standard lawnmower as two of our leading inventions only cements this notion.

But the cast of Gilligan’s Island was pretty impressive. Apart from the Skipper and Gilligan, the movie star and the millionaire, there were the Professor and the ever-competent Mary-Ann. I like to think the Australian population is similarly apportioned, with about a seventh being Professors and others showing Mary-Ann’s practical knowhow.

We may be an island of castaways, with the first Australians arriving 60,000 years ago and others pouring in over the past 200 years, but the records will show we have been industrious and inventive, and scientists have thrived here. In fact, several key features of our system work together to make us a very welcoming place for castaways.

In her Australia Day Address, Michelle Simmons, a physics professor at the University of NSW, talked about her quest to build a quantum computer and why she moved from Cambridge, rejecting offers from the US, to Australia. The main point was that she was able to secure an independent fellowship and could develop her own ideas without having to battle senior academics, while being unconstrained by the shackles of history and conventional thinking. She has now raised $100 million and is collaborating with others across Australia and the world to devise a new method of computing, one atom at a time.

The independence and self-sufficiency of Australian researchers are driven partly by our geographical isolation, and also by the intellectual independence of academics.

The independent fellowship systems run by the Australian Research Council and the National Health and Medical Research Council are perhaps the most important foundations of our research enterprise. Independent assessment means that the nepotism that haunts some academic systems is minimised. Fellows are independently anointed and then, ideally, supported by their institutions until they are established and can build their own self-sustaining laboratories. Different grades of fellowship create a career path of independence.

Independence is also a feature of our medical research system. Most major hospitals have an independent research institute, affiliated to both the hospital and a local university. The system is sometimes criticised for being expensive and some of the smaller institutes may not be financially viable, but the big ones – such as Melbourne’s Walter and Eliza Hall Institute – are agile and productive, and have sustained world-leading research.

Researchers there successfully defined the key pathway by which cells commit suicide and developed important new anti-cancer drugs that can accelerate this pathway. Others identified the first growth factors involved in blood cell differentiation and drugs that could arrest leukaemias, and work on breast stem cells may help us defeat breast cancer.

The independence and self-sufficiency of Australian researchers is driven partly by our geographical isolation, and also by the intellectual independence of academics. We tend to have only a handful of researchers in each key area and young researchers quickly seek to establish themselves as “national leaders”. We find our own niches, avoiding competition with others here and overseas, and are sometimes unaware of what is happening elsewhere. This means less “bandwagon” research and conventional thinking on grant review panels, and a greater chance that creative ideas will flourish.

The fact that we are all doing different things actually helps us to collaborate rather than compete and Australians are leaders when it comes to co-authorship with others, in the US, the UK or Asia.

Even beyond key strengths such as applied research in medicine, physics, or solar energy, this country does reasonably well across the board, from the humanities to astronomy. There are many unique aspects to Australia, so anthropologists, astronomers, ecologists and a range of top researchers have been drawn to study here, and their work has been supported. Some of the money has come from a thriving university system that has been boosted considerably by international and domestic student fees.

The system has been well designed. Universities were encouraged to enrol international students but to ensure no Australian missed out. The result was that universities quickly grew in size and the revenues were invested in research.

A comprehensive research assessment exercise, Excellence in Research for Australia, run by the Australian Research Council, helped drive quality and the allocation of funds back to universities on the basis of their outputs and spurred everyone on to boost productivity in research.

The need to recruit international students has meant all Australian universities keep an eye on the international league tables and seek to maximise their research outputs. Top researchers are now highly valued in Australia, and are resourced by government grants as well as investment from their own institutions.

We do need to do more to resource big laboratories such as the CSIRO and the Bureau of Meteorology. Even first-rate research institutions such as the Australian National University need more funding if they are to continue to deliver. But the future remains bright: Asia invests and invests, and Australia should be very aware that we cannot afford to fall behind.

Professor Merlin Crossley is a molecular biologist and the Deputy Vice-Chancellor (Education) at UNSW.