Opinion It's just started: we'll need war bonds, and stimulus on a scale not seen in our lifetimes

We'll need to spend at least an extra 15-20 per cent of GDP per year. It'll be more palatable if it is funded by COVID bonds. 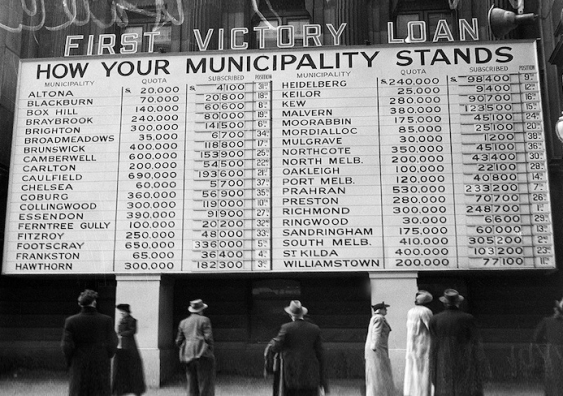 Governments are being asked to do the near impossible: to deliver on both health and the economy. In many circumstances doing both at the same time would be completely impossible. But fortunately in Australia we have separate instruments we can use to target separate goals.

The health objective is to minimise the number of lives lost and keep the spread of the virus low enough to not overwhelm the health care system. Until there is a vaccine we will need to keep in place many of the current restrictions, including bans on large gatherings and international travel.

The economic objective can be assisted by relaxing other restrictions, such as those on the maximum number of people who can gather in one place, alongside careful monitoring and a readiness to reimpose them where needed. But any relaxing of restrictions won’t be anywhere near enough to restore the economy to its full health.

That’s where Australia’s two separate tools come in. Restrictions are (for now) the primary means of maintaining health.

Huge government spending is the primary means of fending off massive unemployment and a recession worse than any since the Great Depression.

Treasury Secretary Stephen Kennedy acknowledged the scale of what we are facing on Tuesday, telling a Senate committee Australia had “never seen an economic shock of this speed, magnitude and shape.”

Even if we lifted all of its restrictions right now, demand for our exports would remain at global recession levels, pushing our economy backwards.

Adding to the case for enormous extra spending is the additional reality that business cycles are almost always asymmetric: the output lost in a recession isn’t regained in the recovery.

To allow a big recession is to permanently alter our standard of living, and possibly our future growth path; all the more so in downturns caused by pandemics which have been linked to a long-lasting increase in precautionary saving.

Fortunately, fiscal stimulus has been shown to be at its most effective when the economy is massively under-utilising its resources, as it is now.

JobKeeper is a placeholder

The bridging measures undertaken by the government, including JobKeeper, will be critical for mitigating the severity of the recession and maintaining a platform for recovery.

But they will only mitigate the severity of the recession. They won’t avoid it. In common language, they are not “stimulus” measures, but measures that will merely maintain (some of) the status quo.

Even with them, it is entirely reasonable to expect the unemployment rate to climb into double digits as 15-20% of the workforce lose their jobs.

Read more: The charts that show coronavirus pushing up to a quarter of the workforce out of work

And Australia is able to borrow at historically low levels. The Commonwealth government can issue 10 year bonds or longer at an annual interest rate well below 1%.

This means that even $1 trillion of extra spending (more than one half of Australia’s annual gross domestic product) would carry a price tag of $10 billion a year or about $400 per person.

As the economy grows, partly as a result of this extra spending, net debt will shrink as a proportion of gross domestic product, just as it did after the second world war.

Crucially, it won’t need budget surpluses to do this, just as net debt withered after the war, even though the budget remained in deficit.

Our government went into this crisis with ample capacity to conduct large scale fiscal stimulus, having one of the lowest net debt to GDP ratios in the developed world – just short of 20%.

Err on the high side

But the scale of the stimulus that will be needed is gargantuan, and it will be better to err on the high side – at least 15-20% of GDP per year, for two to three years.

Anything less runs the risk of a debt-default deflationary spiral of the kind seen in the Great Depression, when the ability of households and businesses to pay their debts decreased with deflation and the resulting defaults led to further deflation.

If stimulus is big enough to be successful, financial markets will understand that debt issued by the Commonwealth will ultimately be backed by a higher GDP.

It will be important to signal in advance that the stimulus measures will be in place by the time JobKeeper ends (currently September). The forward guidance should emphasise that the measures will remain well into the recovery and not end at the first sight of it.

The early measures should focus on boosting the capacity of the economy to make it better able to withstand future pandemics.

The general point, more important than the specific examples, is that there is a lot of infrastructure that can be created even under the current circumstances.

In normal times it might make sense to develop this infrastructure privately or through public-private partnerships, but in the present crisis it can only be done publicly on the scale that is needed. The Australian government has the capacity to do it. 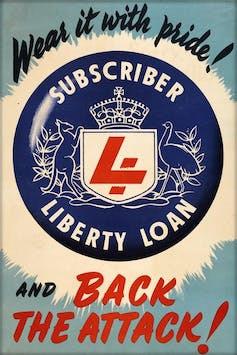 The best way to make that clear would be a set of separate accounts for the emergency, offset by the issuing of long-term “COVID bonds” at low interest rates, much like the war bonds Australia issued during the second world war.

The bonds would allow visibility into the extent to which the Commonwealth government remained prudent in other spending and would use a precedent already established in making a distinction between spending for investment and spending for consumption.

A broad take-up could also engender the political support needed to extend JobKeeper to more than one million casual workers, and temporary visa holders and students.

Denying people who could contribute to Australia’s economic recovery the opportunity to do it risks denying Australia the resources it will need when the crisis is over.

Read more: Which jobs are most at risk from the coronavirus shutdown?

Announcing these programs as soon as possible and providing guidance on the scale and duration of the planned spending will help prevent further declines in economic activity right now.

The government is delivering an economic statement in a fortnight, on May 12. It would be the right day to start.