José Ramos-Horta, Nobel Peace Prize Laureate and former President of Timor-Leste, will use a public lecture at UNSW to reflect on the humanitarian, moral and political challenges raised by the plight of refugees. 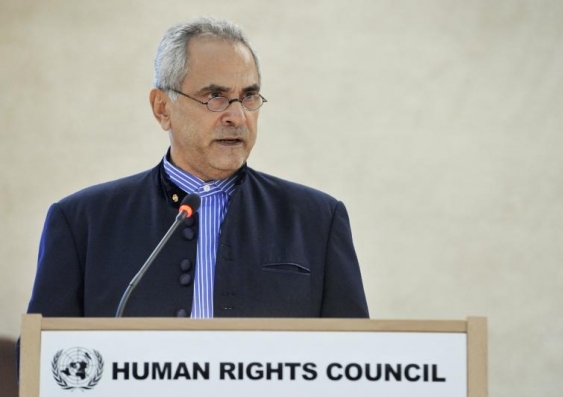 From his own story of exile to that of his people's, Mr José Ramos-Horta AC, Nobel Peace Prize Laureate and former President of Timor-Leste, will reflect on the humanitarian, moral and political challenges raised by the plight of refugees and other vulnerable migrants, when he delivers a public lecture on Monday, 8 May at UNSW in Sydney.

Part of the UNSW Grand Challenge on Refugees & Migrants, Mr Ramos-Horta will reflect on his own experience in exile after the invasion of Timor in 1975 and challenge thinking on the role that countries like Australia play in providing protection to those fleeing the catastrophes of the Middle East and Africa.

“Too many refugees have been stuck in limbo without meaningful solutions for far too long,” Mr Ramos-Horta says.

“Yet, experience shows that when given the opportunity, refugees and migrants enrich and contribute to their host countries with their resilience, skills and knowledge.”

Exiled from Timor for close to 25 years, Mr Ramos-Horta spent over two decades engaging the international community to help end the human rights abuses in Timor-Leste, which saw as many as one third of its population die from conflict, displacement and famine following the Indonesian invasion. Many Timorese came to Australia as refugees.

“Countries like Australia, New Zealand, the United States and Canada have been shaped by the millions fleeing poverty and wars in Europe to build new lives across the world. These countries should again open their arms to fellow human beings fleeing the catastrophes of the Middle East and Africa,” he says.

An internationally renowned peacemaker, Mr Ramos-Horta was awarded the Nobel Peace Prize in 1996 for his work in attempting to find solutions to the conflict in East Timor. After welcoming him to UNSW in 1989, the University formally awarded him an Honorary Doctorate (Doctor of Laws honoris causa) and appointed him as Honorary Professor in 1998, noting his eminent service to the community and to the University, and his work in establishing the Diplomacy Training Program, of which he continues to be the Patron today.