In this edited excerpt of the 2016 Gandhi Oration, Peter Greste, the Australian journalist jailed on confected terrorism charges in Egypt, reflects on how governments and extremists are using the War on Terror as cover for their attacks on freedom of speech. 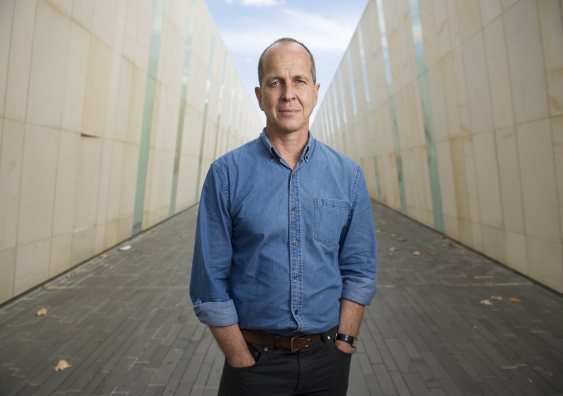 If we can boil Mahatma Gandhi’s philosophy down to one fundamental idea, it must be  that peace, security and dignity can only be guaranteed when we respect the human rights of all. It’s the idea that underpinned his strategy of non-violent resistance. But let me go one step further, and argue that even for Gandhi, the most fundamental right – the one that underpins all others – was, and is, the freedom of speech.

Gandhi’s own experiences give life to this idea. While he was foremost a lawyer and politician, he was also a journalist. His belief in the power of speech saw him launch newspapers in South Africa and later, in India. These papers were tools through which Gandhi challenged the oppressive regimes under which he lived. And while as a journalist he understood the power of words, as an editor Gandhi was also aware the media could be a destructive force.

As he said: “The newspaper is a great power, but just as an unchained torrent of water submerges the whole countryside and devastates crops, even so an uncontrolled pen serves but to destroy.”

But, Gandhi went on: “If the control is from without, it proves more poisonous than want of control. It can be profitable only when exercised from within.”

Here Gandhi is echoing the words of French philosopher Albert Camus who said, “a free press can of course be both good and bad. But a press that is not free can never be anything but bad.” 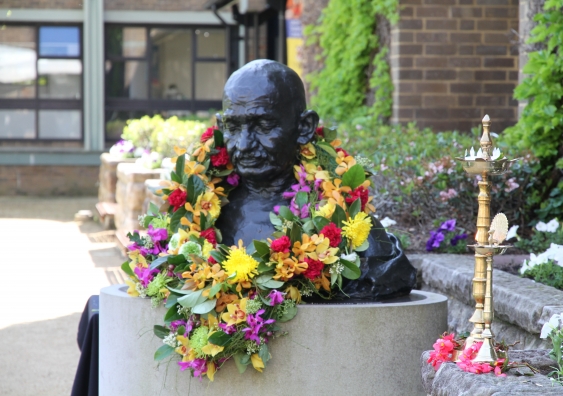 This brings me to journalism in the age of terror, and the disturbing ways in which governments and extremists are not only trying to impose control over the media; they are using it as a weapon in ways that seriously damage our democracy.

Of course propaganda and censorship are as old as war itself, but that has generally been a struggle to control the story rather than targeting the storyteller.

But now, we have the War on Terror. This is not a war over anything tangible, it is a war between Western Liberal Democratic ideas and a branch of radical political Islam. And in that war of ideas, the battlefield extends to the place where ideas are prosecuted – the media. So journalists are no longer simply witnesses, we are, by definition, a means by which the war itself is waged.

Of course the first instincts of any government that finds itself under attack is to close ranks, to prioritise security. In practical terms, that often means limiting free speech and censoring the press.

But in the classic model of democracy, the media is the Fourth Estate. It’s there to hold the [executive, the legislature and the judiciary] to account, to keep the public informed of the policies being enacted in our name.

Yet today governments are using the “T” word to clamp down on our freedoms. There are the easy examples of course – last October, police in Turkey raided a media group and closed two newspapers and two television stations that had been critical of the government. In China, North Korea and Russia – all the usual suspects – we’ve seen similar attacks on press freedom.

And then there is Egypt where my two colleagues and I were jailed for a variety of terrorist offences and of broadcasting false news to undermine national security, when all we sought to do was cover the country’s political struggle in a balanced way.

As I discovered in Egypt’s prison system, a lot of radicals who support Islamic State want a war.

But in case you think this is just happening in less-developed democracies, think again. In the UK the government has pledged to introduce laws that will restrict the actions of people believed to be engaged in “extreme activities”, even if they haven’t broken any law. News organisations could run foul of the law simply by quoting these “extremists”.

And in Australia three pieces of legislation introduced over the past few years all seriously undermine media freedom in ways that I don’t think have been properly understood.

The first was section 35P of the ASIO Act that essentially prohibits reporting of any undercover operations involving security agents.

The Foreign Fighters Bill includes the new offence of “advocating terrorism”, which the media union argues could be applied to news stories that report on banned advocacy or even fair comment and analysis.

While the third piece of legislation, the Data Retention Bill, requires telcos to keep metadata for two years, giving authorities the tools and legal cover to explore journalists’ contacts with sources. This makes confidential whistleblowing to the media almost impossible.

The government claims none of these measures were directed at silencing the media. But in a speech last year, veteran journalist Laurie Oakes argued these new laws seriously damage our democracy. Yet even more importantly, he pointed out the media allowed them to pass without seriously interrogating their impact.

And that brings me to the other side of the equation. If governments have eroded democratic principles, then we, the media, have become increasingly slack in defending the freedom of the press.

In his 1946 essay “Politics and the English Language” George Orwell argued lazy writing repeats political phrases that obfuscate more than they reveal. It uses clichés that are pre-loaded with meaning beyond their dictionary definition without ever challenging the underlying assumptions.

Writing as Europe emerged dazed and bloodied from World War II, Orwell believed the underlying meaning of politically loaded language had created a social psychology that allowed governments on both sides to take their people to mass slaughter.

I’d argue adopting the language of war plays into the hands of Islamic State, whose attacks are carefully calibrated to attract that kind of coverage.

The Paris attacks of last November show how this can happen.

In responding to the attacks, almost the entire political class used the language of war, and the media followed suit. In any crisis, there is a tendency for the media to close ranks with government and society. While a normal reaction, it is also dangerous.

I argue a disciplined news organisation would shy away from using that language in its reporting because of the way it limits our thinking. When you talk of war, it comes with cultural baggage … the kind of meaning that has been built up over centuries of conflicts, and institutionalised myth making. It suggests the right response is a military one. So if you’re trying to tackle a complex problem that has political, social and economic origins, it makes sense to use language that allows us to think a little more widely.

Even the word “terrorist” is a problem. The BBC tells its journalists never to use the “T” word in their reporting because of the old cliché “one man’s terrorist is another man’s freedom fighter”. And if our reporting is to be genuinely neutral and fair we’ve got to stick to that difficult middle ground in the words we use.

But here’s another problem. I’d argue adopting the language of war plays into the hands of Islamic State, whose attacks are carefully calibrated to attract that kind of coverage. Everything the militants do is designed to generate the kind of panicked, hyped-up coverage that we’ve been delivering.

As I discovered in Egypt’s prison system, a lot of radical Islamists who support Islamic State want a war. Theirs is a millennial cult that sees the coming conflict as the final battle – the end
of days. And so by adopting the language and the posture of war, we are not only failing to tackle the causes of the violence – we are feeding it.

We have a responsibility to lift our game. If journalists don’t, we abrogate the most basic responsibility to our democracy … a free press capable of asking the difficult questions. Politicians too must also recognise what we stand to lose if they are too swift to limit the work the media does.

It is about nothing less than defending one of the most fundamental pillars of our democracy.

As Mahatma Gandhi once said: “In a true democracy, every man and woman is taught to think for himself or herself.”

That cannot happen if the media isn’t allowed or is simply incapable of giving every man and woman the information they need to think for themselves, and take part in our democracy.

The Gandhi Oration is held at UNSW annually to mark India’s Martyrs’ Day, the anniversary of Mahatma Gandhi’s assassination on 30 January 1948. The free public talk is delivered by a person whose life work exemplifies Gandhian ideals, and is sponsored by Tata Consultancy Services and the Australia India Institute.