Opinion Keep pressing the case for research as a public good 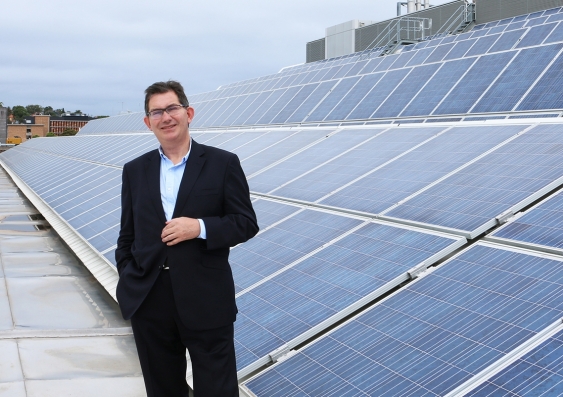 Across the globe, there are fascinating and troubling differences in attitude to public funding for university research. Some of those differences will be highlighted at the Times Higher Education Research Excellence Summit: Asia-Pacific in Sydney in February, themed “Research for the public good”.

On the basis of economic benefit alone, the case for public funding of research is overwhelming. Europe’s Science|Business Network showed that the return on public investment in research was an average 20 per cent in 2017, compared with just 6.8 per cent for the past 10 years of the US stock market (S&P 500) and 3.1 per cent for 10-year euro area (19 countries) government bonds.

Also in 2017, a London Economics report on the UK’s Russell Group universities showed that their research generates £34.1 billion each year for the UK economy and a ninefold return on public investment. Meanwhile, a 2018 London Economics analysis of the Group of Eight universities in Australia demonstrated a similarly impressive return on research of $24.5 billion (£13.6 billion) per annum, representing a 10-fold return.

The message that a strong research-intensive university sector is a sound investment is well understood by many governments. That is particularly the case in the Asia-Pacific region, where, for example, China, Singapore, Japan and South Korea are investing large proportions of gross domestic product in driving research to deliver new lucrative and high-tech sectors. Their investments are matched by Israel, Switzerland, the Scandinavian nations and some European Union countries including Germany and France.

Those countries allocate anywhere between 2.1 per cent of GDP and 4.2 per cent. By sobering comparison, gross domestic spending in Australia is just 1.88 per cent, with public funding for research and development now at a 40-year low of just 0.5 per cent of GDP.

Australian research is not alone in a fight for recognition of its worth. The US and the UK, two university-research powerhouses, are weathering their own storms.

The current US administration is widely considered to be waging a war on scientific research, rejecting expert analysis by cutting programmes in areas such as pollution safeguards, teen pregnancy prevention and healthy school lunches – a programme projected to prevent 1.8 million cases of childhood obesity over a decade.

In the UK, although the science research budget has been protected, universities have been attacked on a number of fronts, and as Brexit negotiations continue, universities fear a deal that could see both international student numbers and scope for collaborative research with EU academics suffer.

Australia’s universities are enduring an inexplicable onslaught of political hostility, beyond funding freezes and cuts.

We’ve come up against political interference, the most egregious being the revelation that the previous minister for education secretly vetoed 11 grant applications that had been highly ranked in the 2017 Australian Research Council funding process.

We’re also criticised for relying on international student revenue. And yet, Australian universities simply could not afford to do the research we do, or attract and retain the world-class researchers we have, if it were not for the continued success of our international education industry.

As we navigate these tumultuous times, university research is needed more than ever.

Inequality, rapid urbanisation, antibiotic resistance, artificial intelligence and shifting global economies are examples of complex problems that our researchers can address. Our institutions are at the forefront of some of the most pressing challenges facing the world in 2019 and beyond.

Our track record shows what is possible. Research has given us electricity, flight, the combustion engine, penicillin, solar cells and treatments for HIV.

The World Bank estimates that 13 of the 30 countries most vulnerable to the effects of climate change are here in our Asia-Pacific neighbourhood. Research is the key to preventing us being overwhelmed by this urgent global challenge.

Research is a public good – locally, nationally and globally – bringing social and economic benefit. And researchers take this responsibility seriously.

Just recently, experts from the University of New South Wales have been asked to investigate or speak to the media on topics including the tragic Menindee fish kill, pill testing, the Opal Tower building risk in Sydney, home affairs minister Peter Dutton’s proposed citizenship rules for terrorism offenders, rising sea levels and the rolling chaos of Brexit.

In each of these cases, researchers provided trustworthy analysis, independent from bias and informed by facts and reason, showing just how important it is to have people who devote their careers to contending with complex, real-world problems, who can be called upon to inform and offer solutions.

Academics and university leaders must continue to unapologetically and persistently make the case that research matters.

We have to be proactive in sharing our stories and emphasising the link between universities and the research that informs debates, supports our democracy and, ultimately, advances society. We have to make our communities care enough to champion our work and influence the government to care as well.

These are not easy arguments to make in the face of a political environment that is often highly critical of universities and academics. But we need to be brave, impartial and resilient in making them.

The positive, long-term impact that university research makes on society will be the central theme at the Times Higher Education Research Excellence Summit: Asia-Pacific at the UNSW Sydney from 19-21 February.

Professor Ian Jacobs is the President and Vice-Chancellor of UNSW Sydney.

This article was originally published by Times Higher Education.