The Madhouse effect: What is stopping action on climate change?

Experts US climatologist Michael E. Mann, psychologist Stephan Lewandowsky and activist Anna Rose share their ideas on how to break the climate stalemate in a UNSW Grand Challenges event to be chaired by ABC TV’s Emma Alberici on 16 August. 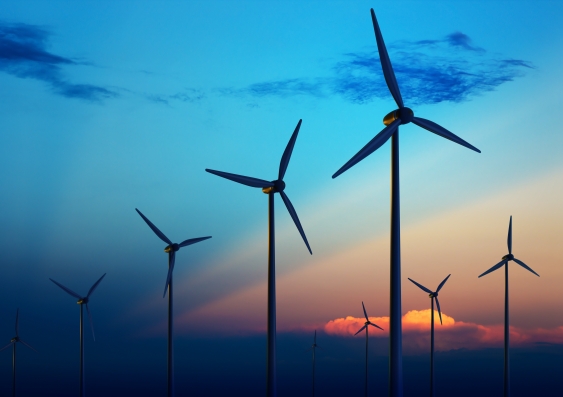 As evidence of climate change becomes more obvious, substantive action in Australia is as stalled as ever. In the US, the Trump administration is rolling back climate change initiatives and environmental protections as fast as it can.

Why is this happening? What are the factors that push governments to policy inertia or worse? What role can business and the community play? And what needs to shift if we want effective action on climate change?

Part of the UNSW Grand Challenge on Climate Change, the panel brings together noted US climatologist Michael E. Mann, psychologist Stephan Lewandowsky and activist Anna Rose to look at these complex questions from a range of perspectives and to share their suggestions for how to break the stalemate.

Stephen Lewandowsky is a cognitive scientist who is interested in unravelling how memory and decision-making work. His recent work looks at how misinformation persists and spreads in societies and in particular why people may not accept scientific evidence about issues like climate change and vaccinations. He is a Professor in the School of Experimental Psychology at the University of Bristol.

Michael E. Mann is one of the authors of a key paper that reconstructed the historical climate record and showed in the ‘hockey-stick graph’ dramatic temperature increases in the 20th century. His ongoing work, and his willingness to speak out about it has made him the target of campaigns to intimidate and discredit him by the fossil-fuel lobby in the US. He is the Director of the Earth System Science Center at Pennsylvania State University and co-founder of the blog RealClimate.

Anna Rose is the co-founder of the Youth Climate Coalition and was until recently, the Chair of its board. In 2012, she co-starred in an ABC documentary, I Can Change Your Mind on Climate Change and released her first full-length book, Madlands: A Journey to Change the Mind of a Climate Sceptic. Rose is the convenor of the Vice-Chancellor's Leadership & Influence course at the Australian National University.

Emma Alberici (Chair) is the presenter of ABC Television’s flagship current affairs program Lateline. Before that she spent four years as the Europe Correspondent for the ABC based in the UK and was previously the Finance Editor of 7.30. She has a Bachelor of Arts (journalism) and Economics and is the author of three editions of The Small Business Book published by Penguin.

What: The Madhouse effect: What is stopping action on climate change?

There will be opportunities for book sales and signings after the session.

The Grand Challenges Program was established by UNSW to promote and lead critical discussions on some of the greatest issues facing humanity.  There are currently four declared Grand Challenge topics – Climate Change, Refugees & Migrants, Inequality and Living with 21st Century Technology.