Westpac CEO Gail Kelly has helped unveil a bust of Nelson Mandela and paid tribute to his inspiring legacy and leadership as part of the 2013 Wallace Wurth Lecture. VIDEO 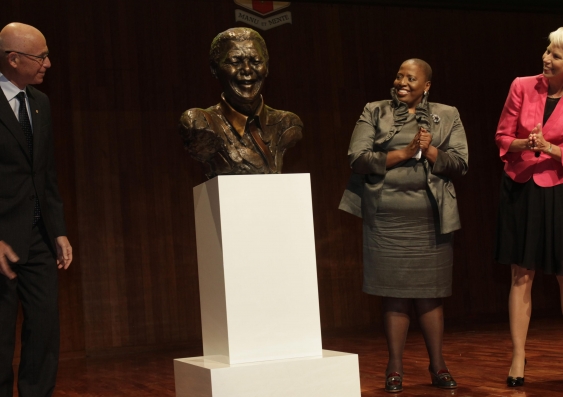 With a newly unveiled bust of Nelson Mandela at her side, Westpac CEO Gail Kelly delivered a personal tribute to Madiba’s inspiring legacy and leadership, in the 2013 Wallace Wurth Lecture.

Part of an ongoing UNSW campus project to honour the world’s most inspiring leaders, the Mandela bust was created by South African sculptor Maureen Quin. It will have its home on the Library Lawn alongside a bust of Mahatma Gandhi.

Professor Hilmer said the University wanted to acknowledge and celebrate the legacy of the man known as Madiba, or “Father” by his people.

“There’s a special class of leader, a global leader, whose influence extends beyond a nation,” he said.

“Such a leader is Nelson Mandela. His courage and his leadership of the South African nation in the face of suffering and extreme hardship have been an inspiration around the world.”

Ms Mqulwana thanked the University for commissioning the bust.

“We are thankful that you have decided to take Madiba as one of your own … we are very happy not only because he is South African but because he is the son of Africa who has made his impact not only in Africa but in the world.”

Delivering the Wallace Wurth lecture, South African-born Mrs Kelly gave a powerful tribute to Mandela and recounted her personal experience of growing up and working under Apartheid.

Mrs Kelly has been head of the Westpac Group since 2008. In 2002, she became the first woman to lead a major Australian bank when she was appointed CEO of St.George.

“When I reflect today on the legacy that this extraordinary man has left us and his achievements … I reflect on his leadership,” she said.

She said conviction was an essential requirement for success in any leadership role. “Nelson Mandela had from his young years a clear vision, a clear sense of purpose and a strong commitment to that vision.”

Mrs Kelly quoted from his autobiography Long Walk to Freedom: "I knew that people expected me to harbor resentment against whites. But I have none. In prison my anger towards whites decreased but my hatred for the system grew.  I wanted South Africa to see that I loved even my enemies while I hated the system that turned us one against the other."

“Mandela’s courage [was] to rely on his own judgment, to make his own choices, to stand on his own two feet in pursuit of his vision.”

On generosity of spirit, Mrs Kelly said it would be hard to find a better role model. She described his establishment of the Truth and Reconciliation Commission as “one of his lasting gifts to South Africa.”

And on resilience, Mrs Kelly said Mandela showed “mental toughness, courage of character: the ability to deal with adversity and to rise again to fight another day.  [He] must have drawn on all this and more in his 27 years of being imprisoned. He learned to be patient, to be disciplined, to play the long game.”

Thanking Mrs Kelly, UNSW Chancellor Mr David Gonski said the Mandela bust would stand as a permanent tribute, not only to the man but to the contribution made to Australia by all South Africans. 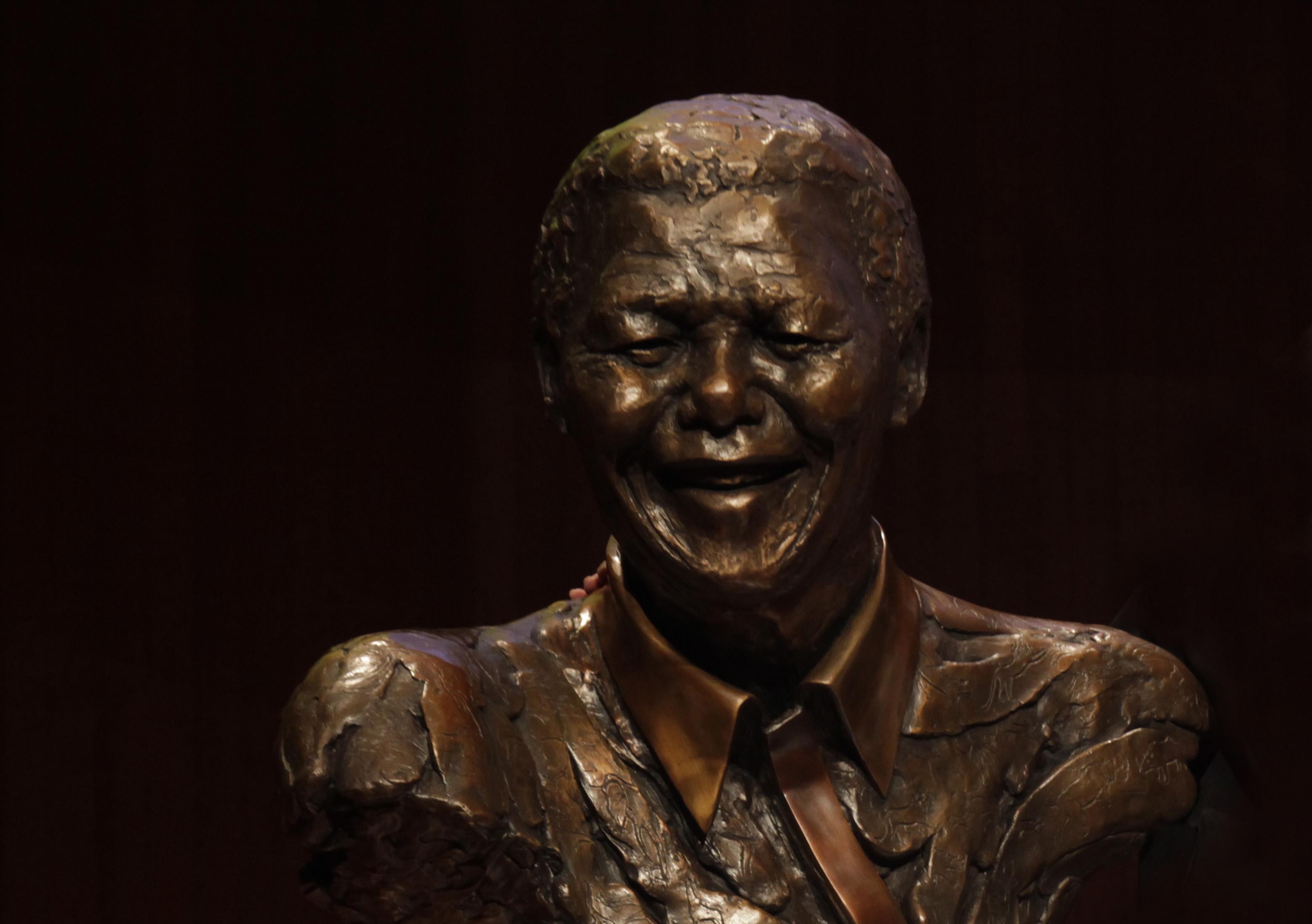 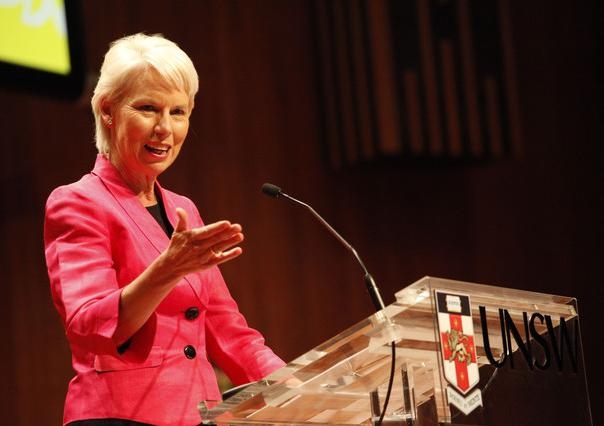 How can leaders create trust when the information keeps changing?