Associate Professor Adriana Vergés is recognised for her creative and persuasive leadership in the public interest. 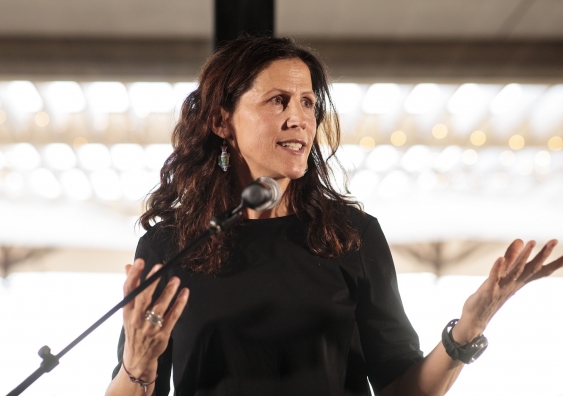 Associate Professor Adriana Vergés was selected from a shortlist of six by a prestigious panel of judges. She stood out for her ability to merge science, the arts and powerful storytelling to inspire the community to respond to environmental crises, and to share this success story globally.

As well as using creative methods to make her research more visible, her ability to turn ideas into action has been proven by the success of Operation Crayweed – a project that has restored lost seaweeds to Sydney’s coastal waters.

“I am incredibly surprised to win. I did not expect it at all and I’m thrilled,” said Associate Professor Vergés, who is awarded $8,000 as prize winner.

“For me, thought leadership is increasingly about stepping outside of your comfort zone and actually trying to look at the world through the universal perspectives of other people. Academics like me would previously have spent most of our lives just documenting how much seaweed and seagrass we are losing.

“Nowadays, I think the best universities in the world are really encouraging another way of doing things that involves stepping out of that ivory tower and actually connecting with people about problems that concern them - and also actually doing something about it,” she added. 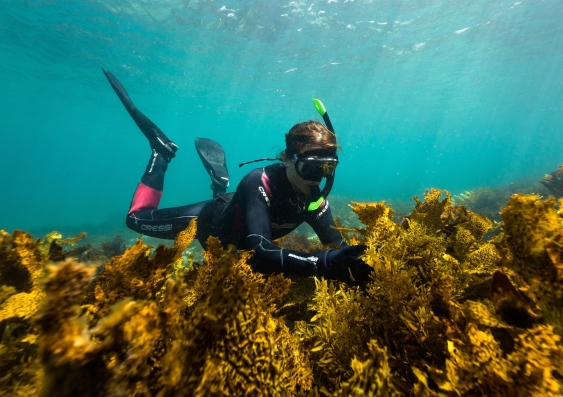 From the very beginning of Operation Crayweed, Adriana was determined to involve local communities and share its success with the world. She engaged artists, producers and academics to create an awareness campaign and take the science to the public. The story made local and global news and was the fastest environmental project to ever reach its target through a crowdfunding site.

As well as her marine ecology work on Operation Crayweed – and more recently a similar Operation Posidonia – Associate Professor Vergés also led a Grand Challenges event at UNSW which brought scientists and screen writers together to plan, pitch and write ‘cli-fi’ climate fiction.

“The world is not responding fast enough to the threat of climate change. Part of the reason is that the public doesn't fully understand the dimension of the problem. So how about we try to use fiction to communicate climate science?” she explained.

“I organised a ‘cli-fi’ workshop to bring together climate scientists and screenwriters to workshop story ideas with a grounding in climate science. It's when people's hearts and emotions are touched that they really open up to new ideas.”

“Adriana is an innovative and inspiring marine scientist who uses the best evidence and a variety of media to lead important change in conservation, climate change, and habitat restoration,” he said.

“Using the arts, digital storytelling, social media, citizen science, talks and the written word, she has drawn attention to the importance of the ‘Great Southern Reef’ – longer and arguably even more important than the Great Barrier Reef – and the consequences of climate-change induced tropicalisation in temperate waters, and the complex, often personal consequences of a warming world.

“Through Operation Crayweed and now Operation Posidonia, Adriana is pioneering the restoration of underwater forests, involving citizens in bringing back and monitoring these important habitats and their equally important animal inhabitants.” 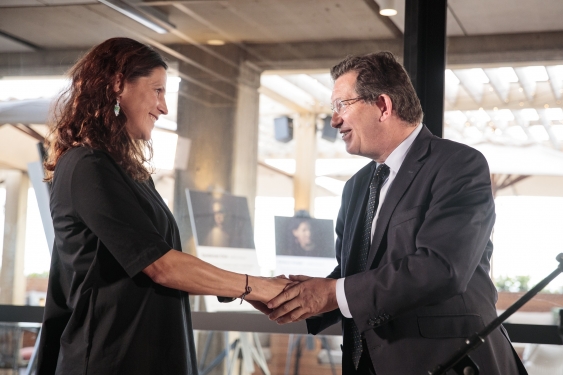 Associate Professor Vergés added: “I hope to use this award as a platform to raise more awareness about the importance of our local marine ecosystems.

“There are so many people living right next to highly productive and incredibly important underwater forests, but they don’t know about it. They know more about what is happening on the other side of the continent, say in the Great Barrier Reef, than they know about what’s happening right on their doorstep.”

Read more about the Emerging Thought Leader Prize at the Grand Challenges website.

UNSOMNIA: What keeps you up at night?