UNSW’s new Deans have wasted no time stepping into their roles and tell UNSW Magazine that creative, innovative thinking will be their driving force. 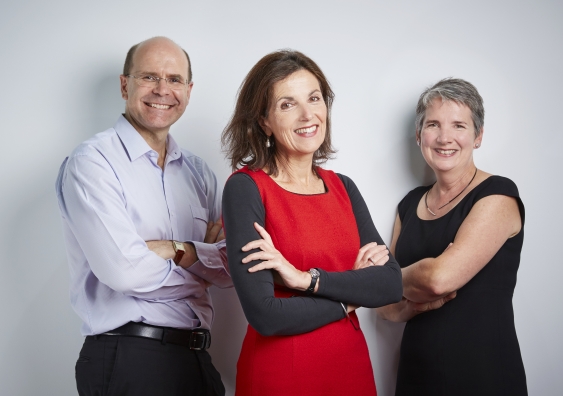 Their optimism is palpable. And Professors Susan Dodds, George Williams and Helen Lochhead – UNSW’s new deans of Arts & Social Sciences, Law, and Built Environment respectively – share a common goal: to give their students the skills, confidence and opportunity to propel themselves and the University onto the world stage.

“No challenge is insurmountable if we keep people’s needs and aspirations at the heart of what we do,” says Lochhead, the former Deputy NSW Government Architect who combined teaching and professional practice for most of her career.

She wants students to learn creative, “out of the box” design thinking, and marry that with robust research and professional skills “I want our students to learn not only to solve problems, but to actually reframe the questions and ask: ‘Is this what we need to be solving?’

No challenge is insurmountable if we keep people’s needs and aspirations at the heart of what we do.

“Sydney is fast becoming a city where only the rich can afford to live. We need to accommodate people of all socio-economic groups, ages and abilities – that’s our challenge: to ensure we have a fair and just city.”

The architect and urban designer has an intimate knowledge of Sydney, but her passion lies in its sustainable regeneration and the design of better urban housing, public spaces and parks especially along Sydney’s waterways, which she describes as “the lungs of the city”.

During her time at the Government Architect’s office, Lochhead directed many projects around the harbour, including the Circular Quay Master Plan, The Bays Precinct Strategic Framework, the Walsh Bay Arts Precinct Master Plan and the post-2000 Master Plan for Sydney Olympic Park.

She has been focused on lifting the quality of the built environment. Lochhead advocates that high quality design should be within everyone’s reach.

One of her most significant roles was as part of the Sydney Harbour Design Review Panel, and she played an integral part in ensuring the beauty and accessibility of Sydney’s greatest asset was maintained.

“Our aim was to prioritise design principles that responded to the character of the harbour landscape, and to make sure new developments were scaled down to the harbour so views were shared and the waterfront was public and shared by all,” she says.

“There is a clear nexus between health and wellbeing and a well-designed built environment. When we design these sustainably the social, economic and environmental benefits can have profound impact on peoples lives.”

At the law school, Williams has big plans for it to take its place on the global stage.

“A key focus for me is building up systems, empowering our academics and students to take what they do in this building and elsewhere into the world to make a difference,” he says.

“We’re a leader in legal education in Australia but in some ways I think we undersell what we can do internationally.” 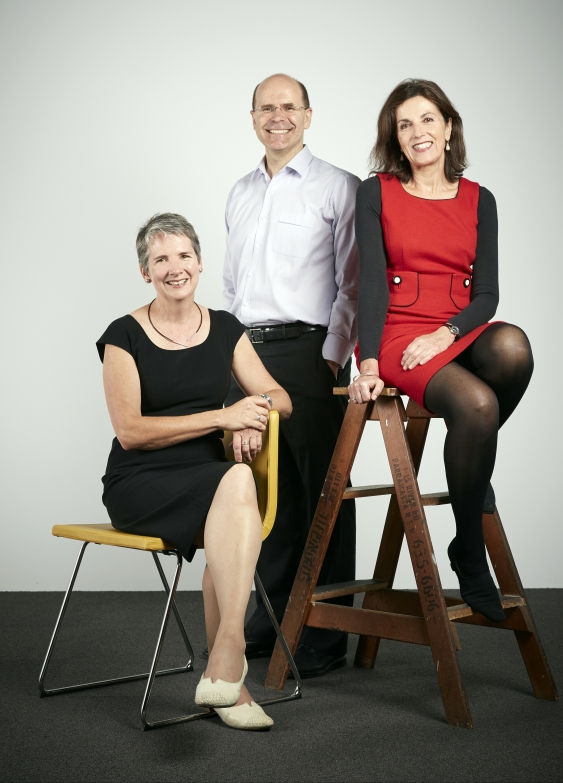 And he wants to give teaching its moment in the sun.

“It’s not that teaching has been neglected,” he says. “It’s more an imbalance.

“Even though we have undeniable strengths when it comes to research, for many of our academics their calling is to be great teachers, and I think sometimes there is a sense of justifiable frustration that the great work that has been done in that area hasn’t been given the same recognition as the research space.”

Williams, one of Australia’s leading constitutional lawyers, joined UNSW from the ANU in 2000 when he was appointed Anthony Mason Professor of Law and Foundation Director of the Gilbert + Tobin Centre of Public Law.

He has continued to practise as a barrister, has written and edited 34 books, has had a regular presence in parliamentary inquiries and is a highly sought after media commentator in Australia and overseas. And not just on the law. Williams is an avid science-fiction and fantasy watcher and reader and reviews sci-fi and fantasy books for The Weekend Australian and Books and Arts Daily on ABC Radio National.

Despite being in the UNSW law faculty for 15 years he makes no presumptions, so since his appointment has talked to about 350 people, individually and in groups, to explore the make-up of the UNSW law community.

“I wanted to get a sense of … the breadth of what they think we should be doing, a clear sense of their own priorities and what I can do to provide the best opportunities for them to thrive,” he says.

“That includes engagement with the profession, with the community, with politicians, all sorts, to make sure our work is relevant and communicated so that ultimately it makes a difference.

“That’s one of the most important characteristics of this law school: we don’t only do great teaching and research; we have an impact on the world.”

UNSW has a very positive feel and offers the capacity to make a difference, the capacity to take ideas and move them into something that has direct impact on peoples’ lives.

Dodds agrees. “Here is a large public university that on the one hand is excellent in research and in teaching but also not encrusted with tradition or the sense of entitlement that you might find in some of the older universities,” she says.

“It has a very positive feel and offers the capacity to make a difference, the capacity to take ideas and move them into something that has direct impact on peoples’ lives.”

“I’ve done a lot of work on the question of participation of women in philosophy in Australia and it has been a big challenge,” she says.

“People outside the discipline often don’t recognise that only 23% of those who are actively employed within philosophy programs in Australia are women, even though more than 60% of undergraduates studying philosophy are women.” She says embracing diversity is vital.

“The more perspectives you bring to the table, the more opportunities you have to understand how the institution is working from the perspective of people who engage with it, and from the students,” she says.

Her research explores the intersections of ethics, political philosophy, moral psychology, feminist theory and bioethics, with her main philosophical interest “to be able to think about the intended and unintended effects of public policy on substantive ethical and political issues”.

She is keen to get on the front foot with the 2025 Strategy.

“I want it to be the case that the faculty is positioned to support the disciplines, support the academics and the professional staff across the faculty to achieve what motivates them to be at UNSW,” she says.

“I like the fact that the university’s motto is ‘Never stand still’. That fits my life experience very well.”