Law Professor Megan Davis says it will be an honour in her new role to showcase and develop UNSW research across important areas of Indigenous policy, while nurturing Aboriginal and Torres Strait Islander scholars. 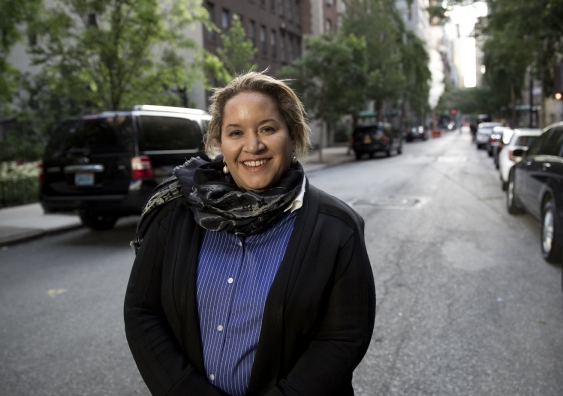 She will take up the role on 1 June after her obligations in leading the Referendum Council Aboriginal Constitutional Dialogues are fulfilled.

In her role as PVC Indigenous, Professor Davis will have overall responsibility for ensuring that UNSW delivers on its agenda for Indigenous students.

UNSW President and Vice-Chancellor Professor Ian Jacobs said: “I wish Megan all the best as she begins her work leading important aspects of our 2025 Strategy, working with Nura Gili and its Director Associate Professor Reuben Bolt, with the university executive team and with the UNSW community to deliver our Indigenous Strategy.”

Professor Davis said she was honoured to take on this new role at UNSW.

"I've worked at UNSW since December 2001, when I was Professor George Williams' first employee at the Gilbert + Tobin Centre of Public Law. It's an honour to now be the first PVC Indigenous," she says.

"In particular I'm excited about showcasing and developing UNSW research excellence across many important areas of Indigenous policy that impact communities on the ground and, in particular, nurturing Aboriginal and Torres Strait Islander scholars."

Professor Davis, a Cobble Cobble Aboriginal woman from the Barrungam nation in south-west Queensland, is one of Australia’s most highly regarded lawyers specialising in public law and public international law.

She is a Fellow of the Australian Academy of Law. Her research work is targeted at law reform in the areas of constitutional law and violence against Aboriginal women.

Professor Davis served as an expert member of the United Nations Permanent Forum on Indigenous Peoples for six years including as Chair and focal point for UN Women.

Last year Professor Davis was appointed by the NSW Government to chair a review into the high numbers of Aboriginal and Torres Strait Islander children and young people in out of home care in NSW. She will continue to lead this review over the next 18 months.

Explainer: why 300 Indigenous leaders are meeting at Uluru this week