Opinion A message to the Climate Change Conference: cutting emissions is not enough

Countries need to acknowledge that they are responsible for the emissions caused by their exports of fossil fuels. 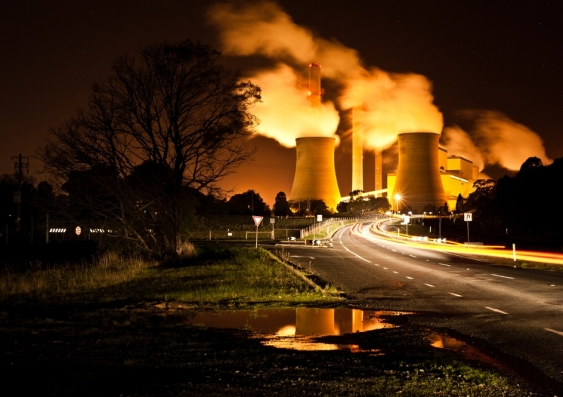 The latest round of UN climate negotiations - COP 25 - will begin in Madrid this week. The Conference will attempt to make progress on ramping measures to meet domestic reductions in greenhouse gas emissions. But one thing that COP 25 is unlikely to make progress on is the constraint on the supply of fossil fuels.

The Paris agreement was focused on getting states to limit their domestic greenhouse gas emissions. But what has continued unabated since then is support for the production and supply of fossil fuels which are then exported.

The UNEP Production Gap Report notes that Governments are planning to produce 50% more fossil fuels than is consistent with meeting a 2°C target, and 120% more than a 1.5°C target by 2030. The main contributor to this supply overshoot is coal.

As our research has shown, far from being responsible for only 1.3% of global emissions as Prime Minister Scott Morrison claims, we are responsible for closer to 3-4%. Australia is second only to Saudi Arabia as the worst per capita emitter in the world.

Not only is this contribution a significant one to the world’s total emissions, it means we are not bearing our fair share of the sacrifices. Part of the point of having a global climate agreement is that each country does its fair share of shouldering the burden of reducing emissions. Failing to meet our Paris commitments is bad enough, but not doing our bit to reduce supply makes everyone’s task harder.

So what should Australia and other countries do to address the over-supply of fossil fuels?

The first thing they should do is acknowledge that they are responsible, in part, for the emissions caused by their exports. This may not seem like a big step, but without accepting responsibility countries can’t begin to address the problem.

The COP 25 negotiations should also include supply reduction as well as demand reduction in their agreements. Supplying subsidised, cheap fossil fuels encourages extra demand. It also risks ‘locking in’ infrastructure that relies on fossil fuels thereby making it expensive and wasteful to switch to renewables. Countries need to adopt something akin to the nuclear non-proliferation treaty when it comes to new exploration for fossil fuels.

Countries ought to phase out the support for and supply of fossil fuels. One of the most controversial measures must be the phase out of generous subsidies for the fossil fuel producers. The billions that are currently spent each year in Australia on subsidising and encouraging fossil fuel exports are simply not compatible with the spirit of the Paris agreement, even if that agreement doesn’t officially deal with supply issues.

Phasing out supply also needs to occur. But it needs to occur in a way that doesn’t just pay the current big suppliers to stop. Governments implementing a transition ought to think very carefully about how to fairly deploy scarce resources to ensure a just transition.

What we can be sure of is that there will be many groups demanding compensation, but not all of those groups ought to get assistance. Groups affected by phase outs will include not just the companies themselves but their workers, towns, associated industries, investors and local governments.

Last but not least, Governments need to recognise and accept that the strong influence that fossil fuel corporations have over the political process is not healthy. The donations, staff rotating between government positions and fossil fuel lobby groups cannot lead to good decisions for the climate. Placing a ban on such influence would go a long way towards addressing the support of supply in Australia.

Jeremy Moss is Professor of Political Philosophy at UNSW Sydney.

Like it or not, morality dictates that we wean ourselves off coal