Usually, governments expect these sorts of controversies to blow over after 10 days but that is not happening. 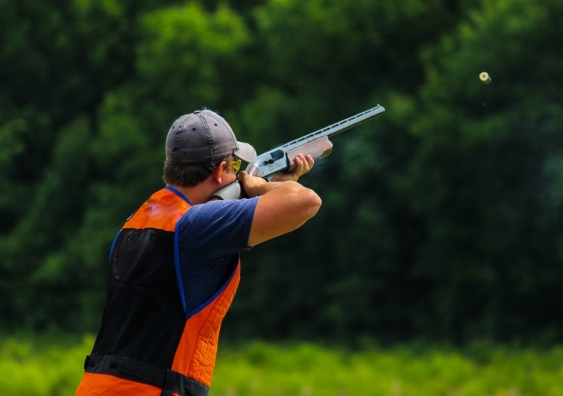 The media have revealed Federal Sport Minister Bridget McKenzie’s conflict of interest in granting money to a gun club without disclosing she was a member. Credit: Shutterstock

Scott Morrison portrays himself as ‘the daggy dad from the Shire’, so it’s likely that he’s heard his fair share of ‘Are we there yet?’ It’s possible he’s asking himself that question while hoping for the end of media coverage of the sports grant controversy. But Morrison’s capacity for misjudgement is likely to leave his government dinged when the media train moves on.

For those not aware, the Australian National Audit Office (ANAO) found that, before the May 2019 election, then Sports Minister Bridget McKenzie and her office gave government grants totalling $100 million to sporting organisations with a “distribution bias” to Coalition interests in marginal electorates and other electorates that they had targeted.

McKenzie and her staff used public money to look after their own side’s naked self-interest. The ANAO report states their private judgements “were inconsistent with the published guidelines” that applicant organisations had carefully obeyed in their laborious submissions.

The Coalition profited at the expense of clubs that, in one instance, spent 200 hours of labour adhering to those guidelines in a fruitless appeal for help. But this is only part of the story of an incumbent government using public money for itself. In November, the ANAO lashed the government for using a jobs scheme in similar favours to Coalition seats. Maybe Auditor-General Grant Hehir should not expect a Christmas card from Scotty this year.

Media is not backing down

The ANAO released its report on sports grants on 15th January and the media shock waves have reverberated since then. Usually, governments try to ride out these storms, expecting them to abate by seven days and blow over after 10.  But that is not happening. The media have pushed on with revelations of grants to organisations in Morrison’s electorate and McKenzie’s conflict of interest in granting money to a gun club without disclosing she was a member.

In effect, the media are beneficiaries of the battering Morrison has sustained since early December over his handling of the bushfire catastrophe. They can rely on the public remembering his holiday in Hawaii and his dismissal of the raging fires as a “state responsibility”, as even the Daily Telegraph reported.

The resulting political crisis that enveloped Morrison and caused his panicked flight home occurred at the worst political time. Normally, governments enjoy the public torpor that slows December and January and pushes politics off the screens and front pages of newspapers.

Morrison’s government is not only denied that luxury due to the impact of enormous flames and ravaged wildlife appearing nightly on our screens but also because the auditor general has plonked his report in a time of heightened public disquiet. It’s practically a ‘gimme’ for the media.

We can see how Morrison tried to ignore the initial media onslaught. The ANAO report came out last Wednesday but he only appeared in support of McKenzie on Monday. Morrison can’t easily dismiss her as she is handing out monies to support the election of Coalition colleagues. Anyway, that would be conceding a political scalp at a vulnerable time to Anthony Albanese.

Prime ministers of the past, such as Keating and Howard, have never given in easily to ministerial sackings. Morrison is following that design because, usually, governments can weather individual scandals without too much political damage.

‘Usually’ is the operative word. As I said, this is a more difficult time for Morrison with public opinion. And public opinion can fluctuate easily with ministerial scandals. Also, a succession of scandals can accumulate in the public mind.

The election victory in May seems to have given Morrison the lustre of political genius. Forgotten are his political misjudgements, such as the announcement in 2018 of the move of the Australian embassy in Israel from Tel Aviv to Jerusalem, without consulting Julie Bishop and her Department of Foreign Affairs and Trade, which worried about the fallout with nations like Malaysia and Indonesia. Morrison needlessly sought political favour with Jewish voters during the by-election for the seat of Wentworth.

He stubbornly refused to concede anything at the time nor with other public fracas, such as his denial of using the term ‘Shanghai Sam’ against Sam Dastiyari, despite documented use some 17 times. He backpedalled by claiming he had actually reacted to the word ‘racist’ with his denial.

During the election, he refused to concede to journalists questioning his claim to be campaigning on a bus across Queensland when he was mostly jetting between destinations.

Now Morrison has referred the sports grant report to Attorney-General Porter, as if the whole fracas is merely a matter of the legality of McKenzie’s actions. This is a narrow parsing of the report - which did question McKenzie’s legal authority – and he further ignored the substance of the report by claiming the rules were followed.

They weren’t followed. We know the Coalition ignored the public rules for private gain in a case of ‘do what we say, not what we do’. It is this tendency of Morrison to stonewall and then squirm through linguistic loopholes that gets him into trouble and can accumulate damage to his reputation. That’s dangerous to him when public trust in politicians is at rock bottom.

Better than the alternative. What the market thought of ScoMo

Politics for the planet: why nature and wildlife need their own UN seats