UNSW and the Indian Academy of Highway Engineers have endorsed the establishment of the Centre for Advanced Transportation Technology and Systems. 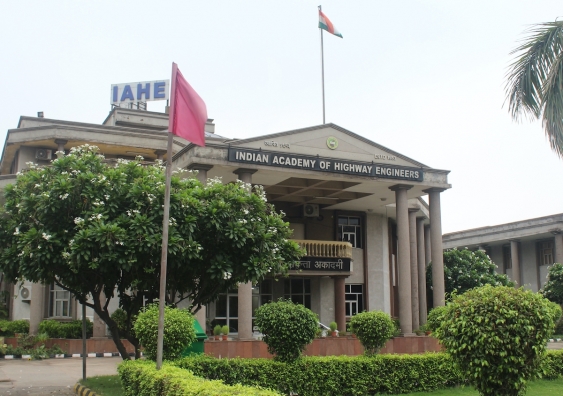 The new Centre for Advanced Transportation and Technology Systems will be based at the Indian Academy of Highway Engineers in Noida. Photo: Shutterstock.

UNSW Sydney President and Vice-Chancellor Professor Ian Jacobs and the Director of the Indian Academy of Highway Engineers (IAHE), Shri Sanjeev Kumar, have signed an agreement at a virtual ceremony to establish the Centre for Advanced Transportation Technology and Systems (CATTS). The Hon. Union Minister of Road Transport and Highways Shri Nitin Gadkari, Hon. Minister of State for Road, Transport, Highways and Civil Aviation Shri V. K. Singh and other dignitaries from Government of India attended the ceremony. The agreement is for a project for capacity building, technology transfer and creation of an environment to establish a centre of excellence.

At the ceremony, Prof. Jacobs acknowledged the hard work of Professor Vinayak Dixit at UNSW Engineering, who leads the UNSW team, and of IAHE Director Shri Sanjeev Kumar in bringing the project to fruition. The IAHE, which sits under the Ministry of Road Transport and Highways (MORTH), executes many of the ministry’s projects as well as training for government civil engineers.

“The agreement we sign today is the foundation of greater capacity-building and technology transfer, and for the establishment of CATTS.

“But we also celebrate a partnership that will help both UNSW and the Indian Academy of Highway Engineers translate our expertise and excellence into real-world solutions.

“I hope, this only marks the beginning of a long and rewarding collaborative relationship between our two institutions – an extension of the long and enduring friendship between India and Australia,” Prof. Jacobs said.

The scope of work involves research and development for a national economic and a local transport model to help inform decision-making to reduce congestion and investment to improve accessibility. The project also involves a substantial educational element to train future engineers in the government.

The Hon. Union Minister for Road Transport and Highways Shri Nitin Gadkari acknowledged Prof. Dixit’s leadership on the project and highlighted the need to swiftly deliver on the project towards India’s aspirations.

Background to the centre of excellence

For more than a decade, the project’s lead Prof. Dixit has worked closely with the Government of India across ministries, including Road Transport and Commerce and Logistics. He is IAG Chair of Risk in Smart Cities and Director of Research Centre for Integrated Transport Innovation (rCITI). 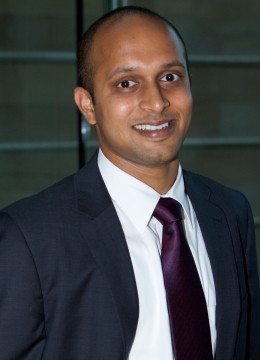 “The Centre will be a collaboration between industry, international and Indian academics and the Government of India to help fast track new technologies, new models and new simulations into the field, to facilitate field trials,” he said.

The vision was initiated in 2009 with one of Prof. Dixit’s first projects with the government, around modelling of road infrastructure. He said it then became clear in 2015, during a project with the government for Delhi, that there was a need to incorporate modelling as an evidenced-based mechanism.

“Models help scale up good decisions because you can replicate them, and some really remarkable progress has been made in the infrastructure space in India,” Prof Dixit said.

“For example, they are building around 37 kilometres of four-lane highways a day – it’s an incredible rate that’s breaking world records. They are also able to identify critical links and infrastructure. A new bridge across the Feni River between India and Bangladesh has reduced travel times by 25 per cent.”

Prof. Dixit said these are the decisions they want to be able to capture in models. They can then be used at a national level to help inform cost-benefit analyses of projects and build confidence to create more industry and private investment into transportation infrastructure. They also demonstrate the opportunities and jobs that have been created.

“It’s an opportunity to understand a system and to scale up and drive impact. In many cases, infrastructure projects have been done so well, one way to create impact is to scale them up.

“These models can also be taken up by other ministries such as commerce to help link transport to other markets. Then you can look at the impact on jobs or the price of wheat, for example.”

The second aspect of the centre is training, delivering UNSW certified micro-credentials to engineers to give them opportunities to undertake degrees and postgraduate studies.

Key dates in the journey to a centre

2017: a memorandum of understanding (MoU) was signed between UNSW and IAHE during the visit of the Australian delegation visit to India, led by then Prime Minister the Hon. Malcolm Turnbull.

2019: a high-level delegation from the Government of India to UNSW, as well as conversations as follow-up to the MoU and to further discuss the creation of the centre of excellence as indicated in the MoU.

2020: a final draft agreement was approved by both IAHE and UNSW for signature to initiate the project.