The “high-stakes game” of UNSW's international engagement and its emergence as Australia’s global university have been celebrated at a book launch and awards ceremony in Sydney. 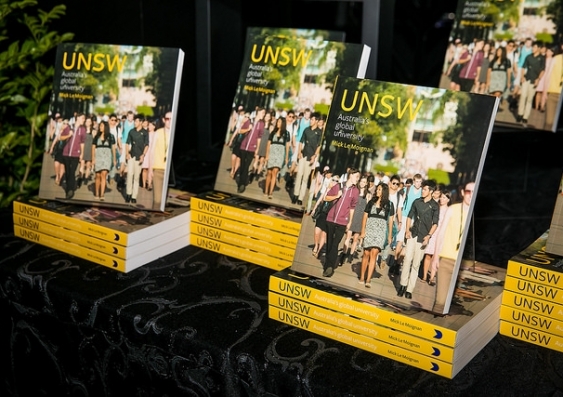 The “high-stakes game” of UNSW's international engagement and its emergence as Australia’s global university have been celebrated at a book launch and awards ceremony in Sydney.

International alumni, students and staff, and former and current University leaders gathered on the Kensington campus for the launch of UNSW: Australia's Global University and to honour Vice-President Jennie Lang with an Honorary Fellowship for her outstanding contribution to the University and for her role as a trailblazer in international education.

Since joining the University in 1997, Ms Lang has led UNSW’s International Office, serving six years as Pro-Vice-Chancellor International and most recently leading the Division of Advancement and UNSW Foundation. 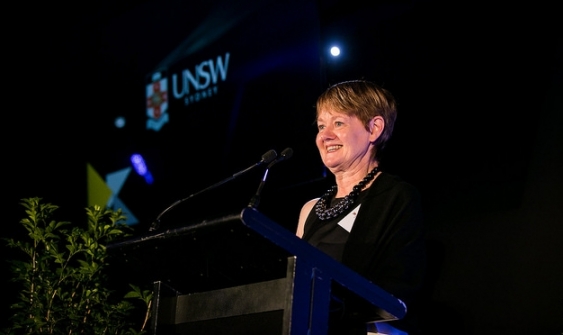 Ms Lang also fulfilled many roles on external committees, including with Universities Australia, the Group of Eight, DFAT, and as a director of the Asia-Society Australia board.

“We recognise the great and significant changes she has helped to shape which make the University what it is today,” Professor Jacobs said. 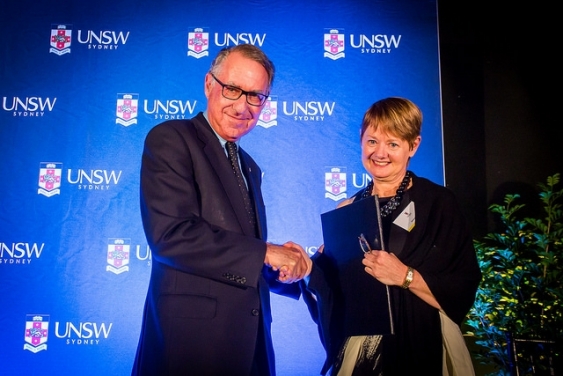 Chancellor David Gonski presents Jennie Lang with her Honorary Fellowship for outstanding service to the University.

Ms Lang said it was an enormous honour and very humbling in the presence of “legends” such as David Gonski, former vice-chancellors John Niland, Mark Wainwright and Fred Hilmer and UNSW’s leading researchers.

“In undertaking my work here in Australia and internationally, I have drawn from the very best of UNSW and our extended community of alumni and friends.

“It has been a privilege to represent UNSW, my state and my country to advance the global reach of this great University, which transforms the lives of individuals and has a positive impact on communities around the world.”

One of Ms Lang’s last projects in the Advancement portfolio was to commission the writing of a history of UNSW’s global engagement, from the early days of the Colombo Plan to today’s ambitious international student programs.

In many ways, what this book also tells is the parallel story of Australia’s engagement with Asia, and Australia’s embrace of multiculturalism as a force for change in the postwar era.

Written by Mick Le Moignan, UNSW: Australia's Global University is a shared initiative between the offices of the Vice-President Advancement and the Pro-Vice-Chancellor International. Published by UNSW Press, it tells the story of the University’s global vision, profiling the pioneers, the innovators and the researchers who helped build UNSW into a progressive and innovative player on the global stage.

Launching the book, Professor Jacobs said UNSW’s was “a story without equal in Australian higher education”.

“These days, of course, every university has an international dimension, but few did it as early and as well as UNSW – particularly in terms of engagement with Asia.

“In many ways, what this book also tells is the parallel story of Australia’s engagement with Asia, and Australia’s embrace of multiculturalism as a force for change in the postwar era, in our society and culture, and indeed in the Australian economy and global outlook.”

Professor Jacobs said the book illustrated UNSW’s ethos of “getting things done ‘on the ground’; a deep, lifelong engagement with our alumni community, now numbering 290,000 in over 140 countries; and above all a genuine and unflagging commitment to improving the lives of people everywhere.”

UNSW was becoming an even greater part of the Asian region and the world, Professor Jacobs said. 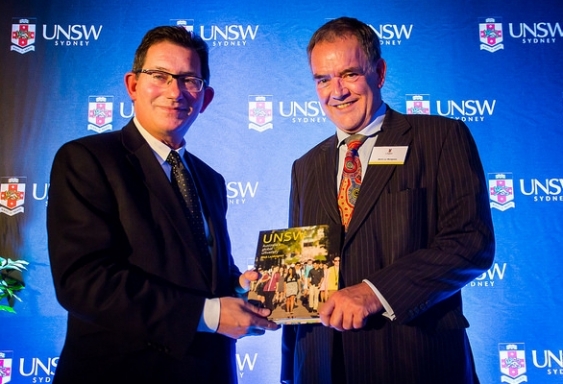 “Under the 2025 Strategy, we are engaging through our Global Development Institute in the South Pacific, in Myanmar and Uganda; deepening our engagement with China through the Torch innovation program; and connecting into the UK and North America through our PLuS Alliance partnership with Kings College London and Arizona State University – just a few of the many initiatives driving our international outlook.

Former Vice-Chancellor John Niland AC paid a special tribute to one of UNSW’s most significant alumni, the late Dr Hartarto Sastrosunato, who died earlier this month.

Dr Sastrosunato was the first graduate of an Australian university to be appointed to a Ministerial position in Indonesia, as Minister for Industry from 1983 to 1993. He directed a program of development, reform and deregulation of Indonesia's industrial sector which is now widely regarded as a model of success for a developing country.