The new centre is situated in one of China's fastest-growing innovation and technology hubs and will foster a vital international presence for UNSW Sydney. 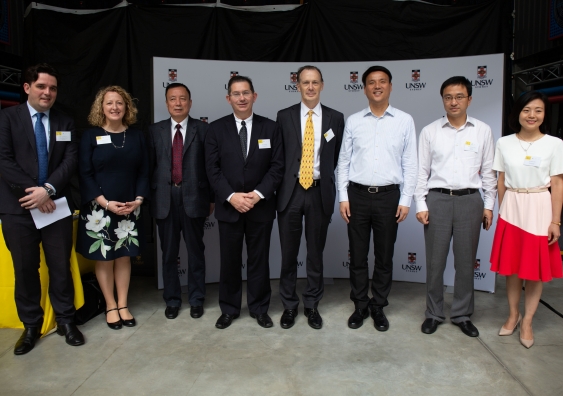 UNSW Sydney has opened a new interdisciplinary centre focused on innovation in the heart of one of Shanghai’s major hubs for higher learning, modern industry and technology.

The new UNSW China Centre is part of the University's work to bolster its presence in China and further build Sino-Australian relations.

UNSW President and Vice-Chancellor Professor Ian Jacobs opened the Centre last week in the Yangpu Changyang Innovation Valley. Once an industrial base, the district is now primed to become the epicentre of innovation in Shanghai by 2030.

The Centre will be an academic and research hub for UNSW in one of China’s most dynamic cities. It will continue to support the University’s academic mission by advancing research and education partnerships, recruiting international students and developing opportunities for UNSW students to study, conduct research and engage in internships in China.

The University’s China-based alumni will also benefit from graduate employment and network opportunities. The Centre will work with leading Australian, Chinese and multinational companies to identify industry trends and prospects relevant to graduates.

Professor Jacobs said the new office solidified UNSW’s important links to China and gave UNSW an edge in one of the world’s largest economies.

“As a leader in international education and in the China market, it is critical for UNSW to have a permanent presence in China’s largest city and such an important centre of innovation and technology,” said Professor Jacobs. “We believe in the potential of global partnerships to transform society for the better – socially, culturally and economically.” 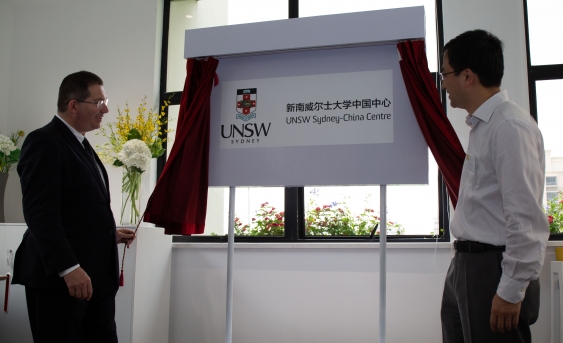 Shanghai is at the centre of the Yangtze River Delta, considered the largest concentration of adjacent metropolitan areas in the world. The area is home to an estimated 105 million people, with more than 24 million living in Shanghai.

The Centre is managed by UNSW International China Country Director Rachel Wei who moved from the UNSW Nanjing Representative Office.

The Centre places UNSW closer to its strategic partner Shanghai Jiao Tong University, as well as several other top ranking Chinese institutions including Tongji and Fudan universities. It will also situate UNSW in the same business park as one of its key Torch Innovation Project partners, TusHoldings.