UNSW Vice-Chancellor Professor Fred Hilmer has announced the appointment of Professor Ross Harley as Dean of the College of Fine Arts. 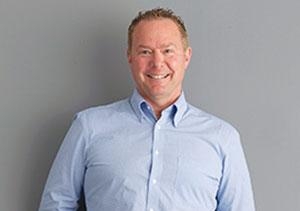 UNSW Vice-Chancellor Professor Fred Hilmer has announced the appointment of Professor Ross Harley as Dean of the College of Fine Arts.

Professor Harley will take up the position in April 2013, replacing Professor Ian Howard, who signalled his intention last year to step down from the position of Dean after 15 years in the role.

Professor Harley is an artist of international standing whose work has been presented at the Pompidou Centre in Paris, New York’s Museum of Modern Art, Ars Electronica in Austria, and the Biennale of Sydney.

He has served as Head of the School of Media Arts at COFA since 2008, and has won significant grant funding through the Australian Research Council. He is currently Deputy Director of the National Institute for Experimental Arts and Co-Chair of the International Symposium on Electronic Art (ISEA2013).

“I am delighted to announce Professor Harley’s appointment. Ross brings to the role of Dean a commitment to artistic excellence, and in particular to excellence in research, and I am confident he has the vision to lead COFA into the future,” Professor Hilmer said.

“The opening of the redeveloped campus early this year signals a new era for the College, and I look forward to working with Ross to make the most of the opportunities presented by these state-of-the-art facilities.

“He will be building on Professor Howard’s great work as Dean: under his stewardship we have seen COFA recognised as Australia's pre-eminent faculty of art and design,” Professor Hilmer said.

About the COFA redevelopment: transforming art and design education
Gateway@COFA is a multi-million dollar upgrade of the COFA campus through the creation of new galleries and art spaces, and state-of-the-art teaching and studio facilities. The project will also re-orient the campus to Oxford Street and create an arts and cultural precinct where the public can attend exhibitions, lectures and short courses.

A week away with Marina Abramović