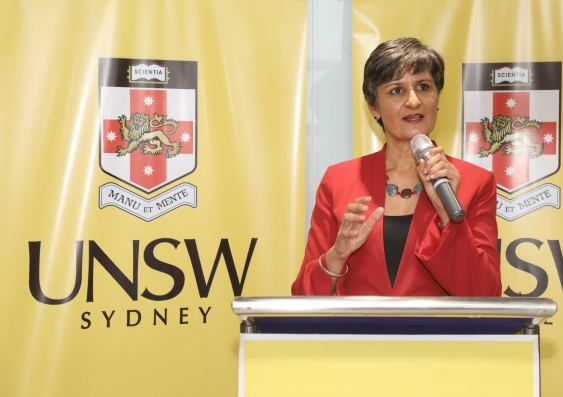 The new UNSW India Centre in New Delhi is part of the University's efforts to build a strong presence in India and further build Indian-Australian relations. Under the India 10 Year Growth Strategy, UNSW has been making a series of targeted and highly strategic investments in developing transformative partnerships in India.

Led by distinguished Indian diplomat and former Consul-General to Sydney Ambassador Amit Dasgupta, the new centre will support the University’s efforts to build landmark research and education partnerships in India and will be a hub to facilitate the recruitment of high quality students spanning undergraduate, postgraduate and higher degree research cohorts.

The centre will also support UNSW’s growing portfolio of immersive in-country programs such as the Global Business Practicum and other student experiences funded through the Australian government’s New Colombo Plan.

“The new UNSW India Centre is testament to the University’s commitment to India and the importance this extraordinary country will play in the life of Australia’s global university,” Mr Pearcey said. “In order to build our engagement with India in the long-term, it is essential that we become part of India’s rapidly evolving academic and research ecosystem and an active partner in building India’s intellectual and social capital.”

The opening of the centre came within a week of the release of Australia’s India Economic Strategy to 2035 which is set to play a decisive role in the Australian government’s India policy and the wider bilateral relationship. Education featured as the priority sector to drive Indian-Australian ties over the coming decades.

Could Adani sue if the mine is cancelled?