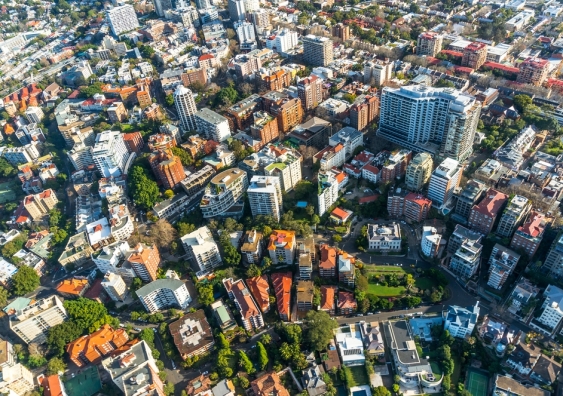 A new commercial partnership between UNSW, PEXA and Frontier SI is launching a data-driven toolkit that rapidly calculates property valuations to inform urban development. The toolkit, hosted by the new venture Slate Analytics, allows users to visualise diverse infrastructure and planning scenarios and their effect on surrounding property values. It will facilitate data-driven solutions to support better city planning.

RAISE provides a cyber-secure, scalable and commercially viable solution that reduces the risks and costs associated with land value analysis, he says.

“This new commercial partnership brings together PEXA’s expertise in data and digital property settlements, and Frontier SI’s specialisation in spatial mapping and geodesy with UNSW’s leading research on data science and the future of our cities to deliver a world-class platform,” Pettit said.

Read more: Why cycling lanes should be on the fast track for cities

Scott Butterworth, Chief Data and Analytics Officer at PEXA, says: “With its evidence-driven scenario modelling, RAISE will revolutionise the way we approach urban planning and development. It could also prove highly beneficial to Australia’s lending community, potentially expediting the mortgage approvals process on behalf of Australian homebuyers. PEXA is delighted to be leading this venture, delivering on real-world needs.”

The digital toolkit is the result of a longstanding research partnership between Frontier SI and UNSW CFRC.

Graeme Kernich, CEO FrontierSI says, “Through Slate Analytics, FrontierSI and UNSW has realised its vision to bring cutting-edge AI into the property valuation products and services space. The investment by PEXA will be critical to furthering this vision and expanding the impact that this capability will have for Australia and beyond.”

The toolkit cleans, links and embeds diverse geospatial and property data from trusted government databases and industry partners, including from such sources as the Australian Bureau of Statistics (ABS), Geoscape, Valuer General’s data and transport, education and crime statistic agencies.

It includes a property market dashboard developed in response to COVID-19 that provides a daily snapshot of how the property market is performing in comparison to prior to the pandemic. It has an interactive map of Australia, identifying COVID case numbers based on data from state departments of health.

The dashboard provides graphs and charts of key property market metrics, including median property prices, auction clearance rates, the house value index and the performance of the ASX 200 real estate sector, to assist government, industry and communities in understanding the impacts COVID-19 is having on the property market.

The toolkit was used in recent research evaluating the proposed high-speed rail network on the east coast of Australia. It revealed that land value growth around the high-speed stations, estimated to increase by up to $140 billion, could be used to fund the network.

“A significant portion of this could be dedicated to funding its construction and supporting the creation of liveable and vibrant cities and regions,” Prof. Pettit says.

Understanding the influence of infrastructure provision on property values

One of its aims is to improve users’ understanding of land economics, in particular, the influence that infrastructure provision and other key variables play in land values, Prof. Pettit says.

It is accessed through a web browser allowing multiple users in diverse locations to compare and analyse different scenarios. Users can alter key assumptions within the tool, such as access to transport, schools, hospitals and zoning plans, and map their effect on property values.

For example, users can drag and drop new train stations into urban areas and predict the anticipated increase in value (value uplift) on surrounding properties associated with the accessibility benefits of improved transport infrastructure.

“New and improved transport – including new stations, faster trips, more frequent trips, upgraded services or higher volume services – can connect residents to jobs and services and also connect businesses to labour, supplier and customer markets,” Prof. Pettit says. “As such, there is an expectation that residents and businesses will pay a premium for property serviced by this infrastructure.” 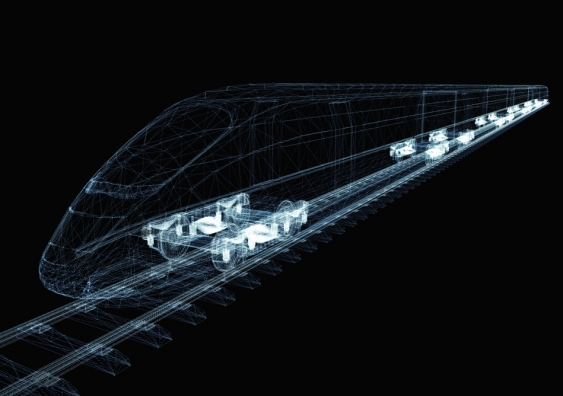 The toolkit was used in recent research evaluating the proposed high-speed rail network on the east coast of Australia. Image: Shutterstock

Governments are interested in measuring value uplift to determine the viability of using value capture (taxing this uplift) to fund current or future transport infrastructure projects through policies, such as developer charges, stamp duty, land tax and betterment tax, he says.

“Value capture is, in essence, a tax on the increase in land values associated with new or upgraded infrastructure, and these taxes can be used to offset infrastructure costs and fund supporting initiatives, such as new parks or increased affordable housing stocks.”

There has been renewed national policy interest in value capture in Australia in the debate around the National Settlement Strategy as well as the national Smart Cities Plan (2016) and the Greater Metropolitan Sydney Planning Strategy (2018), and internationally, he says.

“The expense involved in engaging specialist valuation consultants means that fewer options are typically explored by planners and decision-makers, and effective value capture mechanisms are seldom employed in Australian infrastructure planning,” he says.

UNSW will retain a stake in the new venture, supporting it through ongoing research and development.

Read more: Family-friendly apartments are key to a compact city

RAISE was co-designed through a series of workshops with research partners, state government-based valuers and local government urban planners to ensure its functionality and user experience aligned with end-user expectations.

The workshops evaluated rapid prototypes to optimise the design according to its data inputs, modelling and scenario formulation and visualisation, interface and workflow. Feedback shaped further development, extending the tool’s base functionality, model and data integration, and collaborative features through a series of iterations.

For example, feedback from stakeholders in the co-design workshops prompted the introduction of school-quality indicators into the modelling, Prof. Pettit says. Properties in catchments of schools performing well, as measured by NAPLAN results, were found to be valued higher.

The need for digital technologies, such as data-driven scenario tools, will continue to grow with rapid urbanisation and global population growth, however, the inherent complexity of big data as well as the diverse players and conflicting agendas mean the tools work best in tandem with expert knowledge, he says.

“These tools and technologies work hand in hand collaboratively with planners and those key decision-makers who shape the future of the city… We’re all striving towards more liveable cities, more sustainable cities, more resilient, productive [and] inclusive cities. The tools are used to support those sorts of big-picture challenges.”