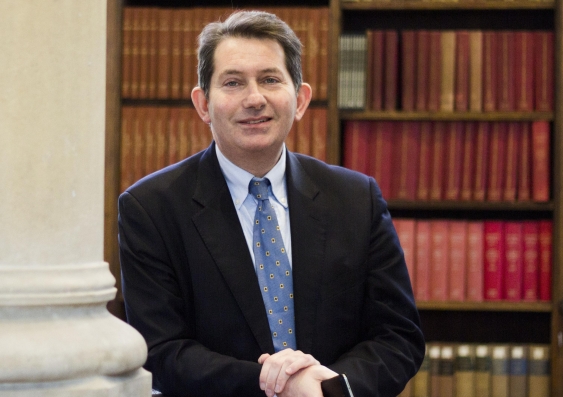 The Chancellor of UNSW Australia David Gonski today announced that eminent UK academic, Professor Ian Jacobs, has been appointed incoming President and Vice-Chancellor of the University.

Professor Jacobs, who will take up the position on 1 February 2015, is currently Vice-President and Dean of the Faculty of Medical and Human Sciences at the University of Manchester and Director of MAHSC (the Manchester Academic Health Science Centre).

He will succeed Professor Fred Hilmer, who announced earlier this year his intention to step down after eight years in the role.

Professor Jacobs is a leading researcher in the area of women’s health and cancer who in the last decade has moved into increasingly senior leadership positions, initially at University College London, where he created and led the Institute for Women’s Health, was Research Director of UCL Partners and then Dean of the Faculty of Biomedical Sciences. He was appointed to his current position as Vice President and Dean at the University of Manchester in 2011, when he also became Director of MAHSC a partnership linking the University with six healthcare organisations involving over 36,000 staff.

“This is an outstanding appointment for the University,” Mr Gonski said today.

“Professor Jacobs has a significant record as a strategic leader, with more than a decade of leadership experience gained at two of the world’s elite research intensive universities. He also has an international reputation as a world class researcher.”

Professor Jacobs’ appointment was the result of a global recruitment process over many months.

“The position was highly contested, with a number of candidates from both Australia and internationally. This is a tribute to Professor Hilmer’s distinguished leadership, which has left UNSW in such a strong position,“ said Mr Gonski.

Professor Jacobs said he was excited and delighted to be taking up what he sees as a challenging and highly prestigious role.

“UNSW is an outstanding university, with a strong international reputation and a superb campus, in one of the world’s great cities. Fred Hilmer’s leadership has established the University amongst the top 100 in the global rankings and has provided a perfect foundation for further steps to enhance the quality of education for UNSW’s 50,000 students, whilst also accelerating progress in the quality of research outputs and impacts.

”As I move from one great city and university to another, I look forward to working with the leadership team, staff and students at UNSW to deliver an ambitious agenda, at a time of exciting change, challenge and opportunity for higher education in Australia and for leading universities worldwide.”

UNSW Australia (the University of New South Wales) is a member of the Group of Eight, a coalition of Australia’s leading research-intensive universities, and of the prestigious international networks Universitas 21, Globaltech, the Global Alliance of Technological Universities, and APRU, the Association of Pacific Rim Universities.

Greater than the sum of its parts